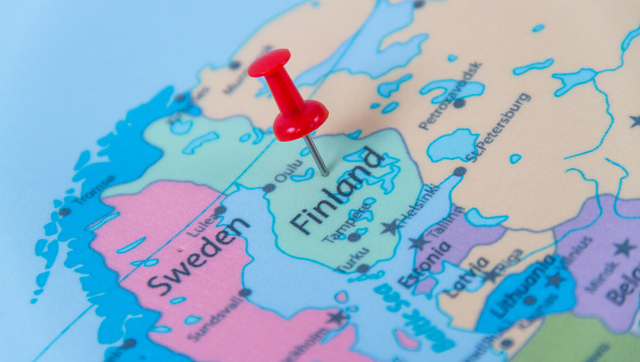 Finland takes the top spot as the happiest country in this year’s World Happiness Report.

If you want to find your happy place, you might want to consider Finland. The nation has replaced Norway as the happiest country in the world as ranked by the annual World Happiness Report, published by the Sustainable Development Solutions Network. The report is released every year as the world celebrates United Nations' World Happiness Day.

Using six key variables—income, healthy life expectancy, having someone to count on in times of trouble, generosity, freedom and trust—the report measures the overall well-being of the residents of 156 countries. Included under the umbrella of “trust” is the absence of corruption in business and government.

The 2018 report, released March 14, shows last year’s winner, Norway, sliding into second place, followed by Denmark, Iceland and Switzerland. America, which has yet to make it into the top 10, had its worst ranking since the report began in 2012. This year, the United States ranks 18th in the World Happiness Report, compared to 14th last year.

The report notes that Americans have noted a decline in happiness over the past decade. This year, although the U.S. improved in areas of income per capita and life expectancy, Americans reported feeling that they have less social support, less sense of personal freedom and a heightened perception of corruption in business and government. The U.S. also declined in generosity, with lower amounts donated.

Jeffrey Sachs, Ph.D., an economist and director of the Earth Institute at Columbia University and one of the authors of the report, also wrote a chapter called “Restoring American Happiness,” which looks at how the U.S. has declined in the area of happiness and how it can improve.

The report notes that America “is in the midst of a complex and worsening public health crisis” characterized by opioid addiction, an obesity epidemic and a severe depressive disorder “that are all remarkable by global standards.” His findings also conclude that America needs to change its course of action to restore its sense of well-being.

“The country is mired in a roiling social crisis that is getting worse,” Jeffrey writes in the report. “And the prescriptions for faster growth—mainly deregulation and tax cuts—are likely to exacerbate, not reduce social tensions.”

He reports that additional tax cuts will increase inequality and lead to greater social and economic divides “between those with a college degree and those without.”

However, he also notes that changes can be made through programs such as positive psychology and wellness initiatives in schools, workplaces and the community to help individuals change their behavior and boost well-being.

“The challenge of well-being is a matter both of high politics and economics and the sum of individual and community-based efforts,” he concludes.

Much of this year’s report focused on the happiness of immigrants and the happiness consequences of migration. The report found that when immigrants move to a new country, they tend to be about as happy as the locals in the country they relocated to.

Their happiness also depends on where they are moving from, however; if they came from a less happy country, while they may become happier in their new home, they typically end up being somewhat less happy than those who were born there.

One final factor influencing their happiness is how accepting the local population is to immigrants, although other risks to happiness include being separated from loved ones or comparing themselves to others in their adopted homeland who have more money or possessions.

Celebrate World Happiness Day with Live Happy this year. Go to happyacts.org to learn more about hosting or attending a Happiness Wall near you!

The 2018 World Happiness Report ranks these countries as the happiest in the world. Rankings are evaluated based on levels of income, life expectancy, social connections, generosity, freedom and trust.