Attendees from 35 countries gather in Miami to relax, learn. 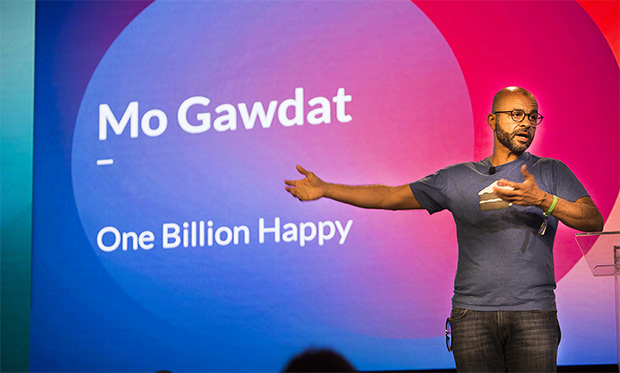 Attendees from 35 countries gather in Miami to relax, learn.

The International Day of Happiness arrived ahead of schedule in Miami with the second annual World Happiness Summit, or WOHASU. An estimated 600 people from 35 countries gathered at the University of Miami’s Shalala Student Center for three days of speakers, music and yoga—and to share their #HappyActs on the Live Happy Happiness Wall.

“To see people coming from more countries than last year and to see everyone happy has been wonderful,” said Karen Guggenheim, founder and CEO of WOHASU.

“It’s all about teaching people a sustainable happiness practice.”

Listen to our podcast interview with Karen.

In 2012, the United Nations officially named March 20 the International Day of Happiness, and since 2013, Live Happy has encouraged people to create “Happiness Walls,” where people could post a card that explained how they celebrated happiness.

This year, Live Happy founders Jeff Olson and Deborah K. Heisz set a goal of having 500 walls worldwide—and surpassed that number by 200, including the wall prominently located at the Miami summit.

With attendees from such countries as France, Costa Rica, Portugal and South Korea, the event brought different cultures together under the umbrella of happiness.

“I am so thankful to find an event like this,” said Sonia Navarro, who recently moved to Miami from Los Angeles. “It’s confirmation. I always tend to choose happiness, but this reminds me how beautiful it is to feel both the happy times and the sad times. This has been a great experience and everyone is super positive.”

Each day of WOHASU began with early morning yoga classes before moving inside for a full day of speakers such as Tal Ben-Shahar, Fred Luskin, Lord Richard Layard and Michael Steger examining such topics as the state of happiness, the role of forgiveness and the importance of purpose and meaning.

Panel sessions looked at the relationship of art and happiness, how to create a happier world and the importance of happiness in the workplace, while breakout sessions gave attendees the opportunity to take a closer look at topics they were interested in exploring. Each day wrapped up with musical performances, and Stefan Sagmeister held a screening of his movie, The Happy Film, on Friday night.

For more from Stefan about his film, listen to our podcast.

Mo Gawdat, former chief business officer for Google [X] and author of Solve for Happy: Engineer Your Path to Joy, not only talked about the role of happiness in the workplace, but also announced his new initiative, One Billion Happy, which he officially launched on March 20 in conjunction with the International Day of Happiness. One Billion Happy is Mo’s mission “to help 1 billion people become happier…so that together we can create a small-scale pandemic of joy.”

“Happiness seems to be the biggest need in the modern world,” he explained. “I’m not a dreamer. One billion happy people is not more difficult than a billion users on Facebook or a billion users of a search [engine]. It’s not that difficult.”

Through prioritizing happiness and teaching a message of compassion and tolerance, he said he believes the world can become happier.

“If we want the world to be better, the only thing we have to do is behave better,” he said.

Karen said that this year’s WOHASU was a reminder of how the world is embracing happiness and learning about how to tap into it.

“I think the biggest thing people are learning here is to choose happiness,” she said. “You get to decide what mindset you’ll have under any given circumstance. Happiness really is a choice.”