In ailing health and suffering from depression, Sherry Lee White discovered her way back by changing the way she thought about food. 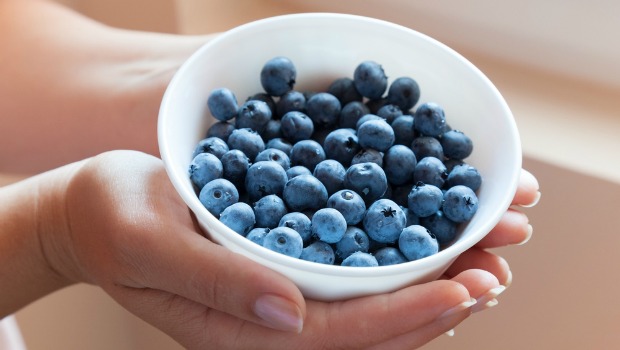 How one woman changed her life by changing her diet.

Today, I am one of the happiest people I know: I have great relationships with my friends and family—and most importantly, with myself. My body is healthy and vibrant, and I am doing meaningful work that I love.  But it wasn’t always this way.

Just a few short years ago, I was clinically depressed, suffering with an excruciatingly painful and debilitating disease, stuck in a dead-end—all while my second marriage was ending painfully. Luckily, I learned that making changes to my meals, mind and movement had a huge impact on the way I feel—physically and mentally.

Although pinpointing a diagnosis was difficult and time-consuming, with possibilities ranging from multiple sclerosis to lupus to rheumatoid arthritis, one thing was pretty clear: My body was attacking itself. For some reason, my immune system had gone into overdrive.

All of the experts agreed, an autoimmune disease was ravaging my body. MRIs showed that my joints were literally dissolving away. The pain and disability were so pervasive that it was incredibly difficult for me to care for my children, keep my business going or even perform regular activities of daily life. 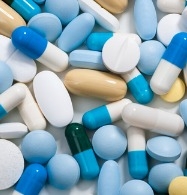 I finally got a diagnosis: “destructive bilateral polyarthralgia with bony erosion.” Doctors said my condition would continue to deteriorate. They recommended starting with a course of chemotherapy, which would then be followed by injecting myself weekly with immune-suppressant drugs for the rest of my life, and/or the possibility that I might end up in a wheelchair.

Because I have four children (and all of the germs that come along with them), I was hesitant to suppress my immune system for fear of being taken out by the common cold. The long list of side effects scared me to death, not to mention that the price tag for the injections—a whopping $5,000 a month! (At around the same time, I was also diagnosed with major depression. Again, I was reluctant to follow the recommended treatment: antidepressants with an endless list of side effects.)

Most of my doctors respected my hesitation to follow the recommended regimen, but responses ranged from compassionate understanding and thinly veiled pity to downright anger. One doctor even yelled in my face, accusing me of being a horrible mother if I continued to reject the treatments. Even my best friend, who had accompanied me to that appointment, was swayed by the sheer force of this doctor’s opinion and begged me to go on the drugs. Although my confidence faltered when confronted with such conviction, I still felt I owed it to my kids—and myself—to see if I could figure out a way to heal myself without causing more damage.

So I set out on a mission. For five years, I searched high and low. I tried every possible cure I found on the Internet, heard about from a friend of a friend, or saw on late-night TV. I ate bunches of gin-soaked raisins for a stretch of time, introduced copious amounts of gelatin another and even subjected myself to freezing-cold ice baths—all with no resolution of my symptoms.

A generous friend paid for a visit to an acupuncturist, but it wasn’t enough. I tried cutting out all nightshade plants from my diet, became a strict vegan and tried any supplement that promised to help… all to no avail.

Just as I was about to give up hope, my husband at the time was given an out-of-state job transfer, and in a last-ditch attempt to salvage my failing marriage, our family relocated across the country. In these new surroundings, I found myself without the friends and family I had relied on when I needed help due to my limitations. My husband was starting to believe that the drugs might be the way to go, but I still wasn’t convinced, so we struck a deal: If I couldn’t figure out a cure within the next three months, I would follow doctors’ orders and begin the chemo/immuno-suppressant treatment.

Two months later, I was given a referral for a chiropractor who is also a practitioner of what’s called functional medicine. Functional medicine takes a holistic approach to health and wellness, looking at the root cause of illness as opposed to treating the symptoms. She asked me about my daily activities, family dynamics, work, stress, exercise and diet. She ran all kinds of tests and counseled me about what I should and shouldn’t eat. Although I had already undergone testing by an allergist, she explained that food sensitivity testing would pinpoint items that may not cause immediate symptoms such as hives or anaphylaxis, but were nevertheless doing major damage.

Sure enough, once I eliminated the foods that the testing found I was sensitive to, along with cutting out processed foods, I felt the difference. I underwent a cleanse protocol which included probiotics along with vitamins and supplements. Almost immediately after I began filling my body with nutrients instead of toxins, my body was able to do what it was designed to do: heal itself. Within a week, I noticed I was able to move with less pain, rashes and headaches subsided. As a happy bonus, the extra weight that I had not been able to budge began melting away.

Within a few short months, the change was amazing: I was able to play with my kids again, and I was strong enough to carry them without fear. Along with almost complete relief of my pain, my thinking was clearer, I was bubbling over with energy, and I had hope for the future. 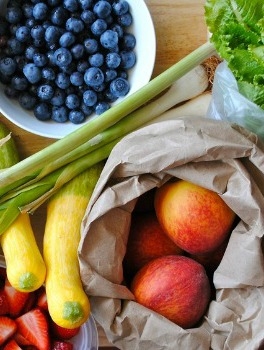 In my case, the journey towards health and happiness began at the end of my fork. It turned out that what I was eating was playing a huge role in the deterioration of my physical condition, as well as my mental condition. Even before receiving my lab test results, Dr. Ridley instructed me to cut out gluten, dairy and processed foods. I wasn’t sure how I could possibly accomplish this! Pizza and cheeses of all types were among my favorite foods; I couldn’t just break it off.  But eventually I learned that I had non-celiac gluten sensitivity, and I knew that if these changes could make me healthier, I had to do it.

I have to give up pizza?

At first, changing my diet and learning to cook life-sustaining foods was a daunting task. As a working mother of four, I had fueled myself on frozen dinners and diet soda for decades, and heavily relied on processed convenience foods to get dinner on the table quickly. But at this point, I would have done anything to get my life and my health back. I researched ingredients, combed through thousands of recipes, spent hours going to store after store, only to come home and spend several more hours tweaking intricate recipes to meet my new standards. And the payoff was well worth it. I now knew how to create meals that were life-sustaining, and I was feeling so much better.

But it still has to taste good

As much as I was unbelievably grateful for this new lease on life, turning mealtime into a full-time job was keeping me from doing other important things, like spending time with my family and working on projects that were meaningful to me. With as much dedication as I put into overhauling my diet, I set out to create a new way of cooking.

I held my meals to three standards: 1) they had to contain only real, whole foods—nothing processed and no chemicals, 2) they had to be quick to throw together and 3) they had to be tasty! While I would have been willing to subsist on kale and aloe alone when I was desperate to regain my health, I was beginning to realize that part of the nourishment we derive from the food we eat is the pure joy of experiencing delicious tastes, textures and smells. Not to mention that my family was certainly not excited for a menu of nothing but greens and sprouts. I developed several go-to weeknight meals that met my criteria so we could enjoy tasty, healthy dinners without spending hours preparing them.

Full of gratitude after regaining my own health, I went to work in the functional medicine field, hoping to help others like myself. I found that many of the physicians I was working with, as well 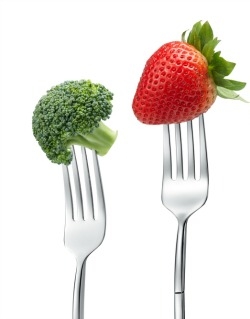 as their patients, had difficulty with the same problems I faced in trying to eat healthfully. While they knew what to do (cut out processed foods, eat more fresh produce, etc.) they, and their patients, were struggling with how to maintain their busy lifestyles and balance other commitments while creating tasty meals that would contribute to their health and wellbeing.

I began sharing my recipes with the doctors I worked with, and offered to speak with their patients and do cooking demonstrations for them. Eventually, I created and presented a teaching series at Baylor Medical Center, “Gluten-Free, Dairy-Free, Stress-Free,” to share my research and recipes for quick and easy meals and lifestyle tips.

If you are struggling with low moods or physical challenges, be encouraged. It is possible that making a few small, relatively simple changes really can put you on the road to health and happiness. So many of the “bad” things that have happened in my life were truly the best opportunities for me to learn and grow. Now, it's my mission to share what I've learned, and continue to learn, with anyone who can benefit from it. Because life is meant to be lived, food is meant to be enjoyed, and the better you feel physically and the happier you are with the way you look, the more you can focus on fulfilling your dreams and achieving your personal goals.