Is your teenager just being surly, or is something truly wrong? This article will help you identify the difference. 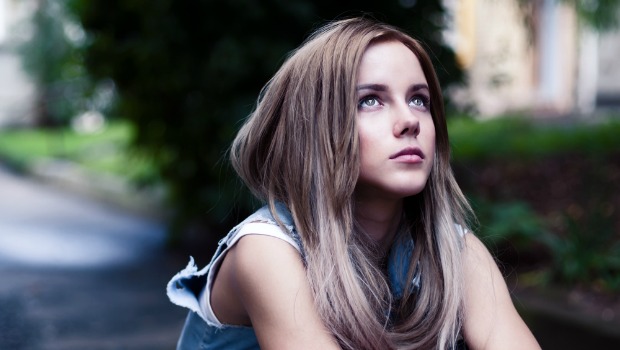 Sometimes it can be hard to tell if your teenager is just being a teenager, or really in need of some help.

My friend Lydia recently asked if I could recommend a therapist for her 14-year-old daughter, Helen, who’d left a note for her mom that read, “I’m really sad. I think I need to talk to somebody.” Lydia came to me for advice because she knew that my own daughter (a pal of her child’s since nursery school) was recovering from an eating disorder, and that over the past year we’d tried several treatment approaches before finding one that worked. She figured I’d have some insight about child-focused therapists in our area, which I did and was happy to pass along.

Lydia was concerned, but not panicked, about Helen’s down-tick in mood. “We’d just had a bad family holiday,” she told me, “and many of her friends are dealing with all sorts of mental and emotional problems; one girl has so much anxiety she’s being home-schooled. I think Helen’s worried she might have a problem too, or at least thinks she could have. At one point she told me, ‘I feel bad when I’m happy because all my friends are sad.’ ”

The age of anxiety—and more

It’s not surprising that Helen was encountering so much emotional mayhem among her friends. Adolescence can be a period of physical and emotional hell. And for many kids, the challenges run deeper than acne breakouts and romantic breakups. According to a landmark study supported by the National Institute of Mental Health, half of all lifetime cases of mental illness start at age 14. What’s more, the research found, mental disorders among teens and young adults often go undiagnosed for 10 years or more, which can be devastating: The longer a mental illness is untreated, the worse it can become and the more likely it is that a co-occurring disorder will develop.

But teen behavior can be deceptive. It’s often tough to tell the difference between age-appropriate ennui and a true psychiatric disorder. “As teens gain independence, they’re more likely to share what they’re going through with peers than with parents,” says Darcy Gruttadaro, director of the National Alliance on Mental Illness (NAMI) Child & Adolescent Action Center. “And parents can easily write off mood shifts as due to social or academic pressure or hormones.” It’s important to note that “one of the most powerful myths surrounding adolescence is that raging hormones cause teenagers to ‘go mad’ or ‘lose their minds.’ That’s simply false,” writes Daniel J. Siegel. M.D., in Brainstorm: The Power and Purpose of the Teenage Brain. “Hormones do increase during this period, but it is not the hormones that determine what goes on in adolescence. We now know that what adolescents experience is primarily the result of changes in the development in the brain.”

Judy Moody and the eating disorder

I can relate. I had no idea my child was in trouble until three of her friends reported to the guidance counselor that she never ate lunch, she seemed really unhappy and they were worried about her. Sure, I’d noticed she was slimming down, but I chalked it up to the fact that she was also growing taller. Likewise I mistook her tendency to hole up in her bedroom to be a typical teen’s preference for keeping to herself. And her listless, gloomy, Eeyore-ness seemed perfectly normal: Aren’t all teenage girls moody?

Even after speaking to the guidance counselor I couldn’t quite believe my daughter was ill. But when I took her to the pediatrician, the extent of the problem was right there on her growth chart: Since birth her weight had increased perfectly in step with her height, but this time, when the doctor plotted the two measurements, the line connecting her weight from the year before to her current one plummeted sharply down and away from the height line. This, plus other symptoms, confirmed that she was anorexic. It turned out that she was also depressed.

“Teens can be genetically predisposed to mood disorders, which certain circumstances can activate,” says Phoebe Farber, Ph.D., a psychologist in private practice in Montclair, N.J., who sees a lot of kids and teenagers. (This was likely the case for my daughter. My father was bipolar, and I’ve struggled with depression, too.)

Even when there’s no family history of mental illness, adolescence is rife with factors that put teens at special risk for all shades of the blues, from garden-variety glumness to downright depression. A big one is the “struggle to become independent and autonomous, and the desire for freedom and experimentation while still having to abide by parents’ rules,” says Phoebe. “This clash of expectations is like planets colliding and has always been a huge source of angst for teens.” Other common triggers for teen torpor are personality traits like shyness that make it tough to navigate relationships, school pressure and sexual identity issues. A 2008 survey by the Human Rights Campaign of 10,000 lesbian, gay, bisexual and transgender (LGBT) kids ages 13 to 17 revealed that while 67 percent of straight teens consider themselves happy, only 37 percent of LGBT teens do. “Among the overriding feelings many teens have across these spheres are alienation and isolation, the belief that ‘no one understands me and there’s no one I can talk to,’ ” says Phoebe.

On the other hand, teenagers are greatly influenced by their peers, and even fundamentally happy and healthy kids may feel the pull of peer pressure while evaluating how they compare to and fit in with their friends, as Helen did. Luckily, after three therapy sessions, she realized she was OK and told her mom she didn’t need to continue; the therapist agreed. But other kids can take copycat behavior much further. My daughter told me, “I see it all the time—people who most likely don’t have a real issue but who see eating disorders and self-harm and other mental illness as tragically beautiful and mysterious.” She said one friend drew lines on her arm with a red lip liner to make it look like she’d been cutting herself. Adds Phoebe: “The power of the group is strong; the gravitational force is toward belonging, not separating.”

Depressed, or just down in the dumps?

Given how complicated it can be to decipher a teenager’s moodiness, it’s important for parents to watch out for the hallmarks of depression, which can be very different for a kid than for an adult. According to the American Academy of Child & Adolescent Psychiatry, if a teenager develops one or more of these symptoms, it’s time to seek help:

·         Extreme sensitivity to rejection or failure

·         Frequent complaints of physical illnesses such as headaches and stomachaches

·         Frequent absences from school or poor performance in school

·         Thoughts or expressions of suicide or self-destructive behavior

“If you see your child behaving in a way that’s different than usual, it’s a red flag,” adds Phoebe. “Be aware of a pattern of changes in behavior or appearance over a period of time, not just a bad day or an isolated bad mood.”

Ease into the discussion

And then what do you do? “Tread lightly,” says Phoebe. “Don’t try to find out what’s going on during the heat of an argument. Bring up your concerns when you’re both calm and feeling connected. Even then, don’t be too direct; say something like, ‘I’ve noticed you’re spending a lot of time in your room.’ Then see what you get. Above all, don’t switch into lecture mode; this is something my adolescent clients complain about all the time.”

Awareness is also important. “We give kids tools for how to say no to alcohol and drugs; we teach them about STDs and smoking and the dangers of texting while driving. But we don’t talk about mental illness, even though of the more than 4,000 teens we lose to suicide each year, 90 percent have a diagnosable and treatable disorder,” says Darcy. She believes the message should come from all directions, that parents should be talking about mental illness at home, primary care doctors should be bringing it up during checkups and schools should be offering educational programs like NAMI’s Ending the Silence (50-minute presentations to high school students by folks who’ve experienced mental illness).

Above all, build a strong bond with your child before she dives into the murkiness of adolescence, adds Phoebe. Show her that you’re listening and not always talking at her. Curb the criticism; don’t be judgmental. Developing rituals often helps. “My daughter loves Grey’s Anatomy, so I watch it with her,” says Phoebe. Now that my own child is healing from her eating disorder and receptive to spending time with me, we poke around in vintage clothing stores together. I like combing through racks of old clothes in search of wearable treasure, but even if I didn’t, it would be worth it just to spend the time with my daughter.

If you know a teenager who is suffering or needs help, here is a list of resources:

Teen Line is a 24-hour hotline staffed by other teens.

Teen Health and Wellness is a hotline as well as online resource.