When faced with challenges in her own family, actress Holly Robinson-Peete has found solace in helping others to cope with autism and Parkinson’s Disease. 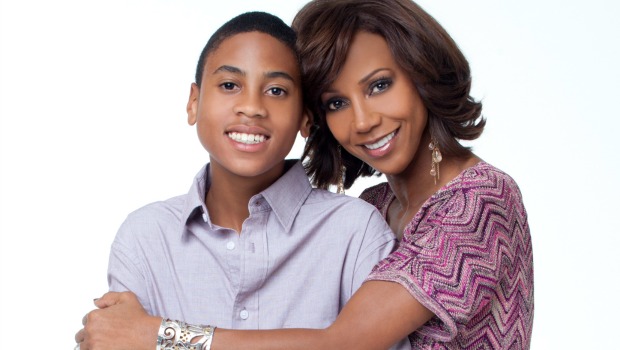 It’s not the hand you have been dealt, or even how much the deck is stacked against you. It’s how you play your cards. At least, that’s Holly Robinson Peete’s perspective. Holly and her husband, former NFL quarterback Rodney Peete, have been blessed with success in their careers. But caring for Holly’s father, who was suffering from Parkinson’s disease, took a toll on their family, both financially and emotionally. Inspired by her personal adversities, the actress-turned-philanthropist now advocates for the causes dear to her.

Wanting to give back

“It’s such a take, take, take world, and when you give back, you balance out all of the things and the blessings you have received,” Holly says. “It has made me a less judgmental person and a more patient person. My desire to live a life of service all comes from situations that have happened to me.”

Holly says she spent years feeling sorry for herself, saying, “Why me?” “Why is this happening to my loved ones?” But shifting the focus from whatever is going on in her life to helping people who are suffering has been a very cathartic process.

She and Rodney started the HollyRod Foundation in 1997 to help those dealing with Parkinson’s disease afford their treatments and medications. And in 2000, their mission expanded to include autism when their eldest son, Rodney “RJ” Peete Jr., was diagnosed with the disorder.

“We try to do a lot of awareness and alleviate some of their day-to-day stresses,” she says. “Both the mission and the desire to raise funds and advocate for families came out of two situations, one with my father and one with my son.”

By partnering with the Parkinson’s Disease and other Movement Disorders Center at the Keck School of Medicine of the University of Southern California, the HollyRod Compassionate Care Program provides assistance with consultations, physical therapy, swallowing treatment and ambulation aids. In 2010, the HollyRod Foundation teamed up with nabi tablet creator Fuhu Inc. to launch the Give the Gift of Voice campaign, offering nonverbal autistic children a means to communicate.

“These kids can’t talk, but they have a lot to say,” Holly says. “We have to give them the tools to be able to express themselves.”

Looking toward the future

Holly is trying to bring issues like autistic kids' tendency to wander off, and the transition from adolescence to adulthood into the discussion. The same questions and fears she has for her own son, she has for every child growing up with autism, including, “How is he going to live on his own?” “Who is going to hire him?” “How will he adjust and become a productive citizen?”

Holly and RJ were on a flight home after a trip to the Super Bowl in New York. The seats were small and confined, and 6-foot-2-inch RJ was fidgety. Midway through the flight, the gentleman in front of RJ turned around and scolded him for kicking the back ofhis seat.

Putting it in perspective

“There was a time when they would have had to haul me off. As a mom, I would have said, ‘How dare you be disrespectful,’ ” she says. “Now I say, ‘I understand what you are saying, and if I were in your position I would feel this way, too, but here’s the deal.’ He moved on, and I could tell he felt bad….I think that is the difference in the 15 years we have been dealing with this.”

Because of their experiences, Holly says she and her family are stronger, more gracious and happier. That’s their winning hand.