4 Ideas Shaping the Future of Education

Experts in positive psychology share ideas that could change the future of education. 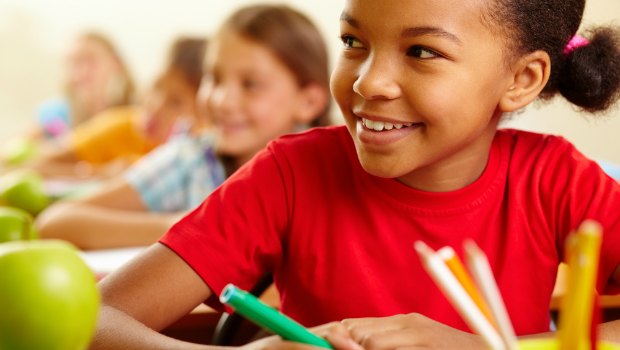 At the inaugural IPEN conference, experts shared ideas of hope and change.

With adolescents increasingly experiencing anxiety, depression and other forms of mental illness, the need for change on a global scale for our youth has never been greater. The formation of the International Positive Education Network (IPEN) in 2014 paved the way to apply to education the principles of positive psychology, which research shows creates better outcomes, both academically and emotionally, for students.

IPEN members advocate that developing students’ character strengths and well-being are as important as academic achievement to their future success and happiness. The organization’s goals include changing educational policies to recognize and include positive education principles and to then help put such programs into place. Although many positive education initiatives have been developed around the world, IPEN brings them together.

“We needed a way to share best practices and try to form all of those disparate things that are happening into a global movement,” explained Lord James O’Shaughnessy, chair of the IPEN steering committee. In July, IPEN held its inaugural Festival of Positive Education in Dallas, offering workshops and presentations to some 800 attendees from more than 30 countries. Academics and positive psychology experts traded ideas on introducing classroom practices. Although the event was geared toward education, it provided plenty of takeaways for life outside of the classroom. Here are four of our favorites.

Author and psychology professor Angela Duckworth, Ph.D., has almost single-handedly brought the word “grit” to the forefront of conversation. But she said an individual child’s grit isn’t the only factor that determines his or her success. 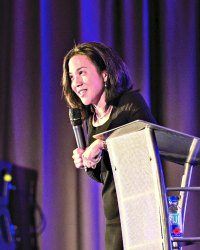 “Grit is not just something that you have yourself, it’s also the resources you have with other people.” That means we can increase our grit by drawing upon the strength of those around us, and we also can help boost the resilience and grit of other people in our lives.

“When I interview people…who have accomplished incredible physical feats, you have to realize they have around them people who don’t let them quit. Sometimes, it’s not their grit [that drives them], it’s the grit of people who care about them,” Angela said. She emphasized that such encouragement is different from forcing others to participate in activities they aren’t passionate about; grit is about learning to persevere when times are difficult, when your team isn’t winning or you’re no longer at the top of your class.

“What a powerful thing to wake up and say, ‘We do things when they’re hard.…we never lose hope; we are the ones who look for hope and change.’ ”

Today, positive psychology is accessed in many different ways: Organizations teach its principles to improve business practices; higher education institutions make it part of curriculum and even elementary and high schools are finding ways to include it. Where it’s still lacking, though, is in reaching parents directly, said Lea Waters, Ph.D., founder of the Australia-based Positive Detective, a school-based well-being program.

Finding a way to do that may present a challenge for positive psychology practitioners, but it’s a problem that should no longer be ignored, according to Lea. “Not every child goes to school; many of them are home-schooled,” she points out. “And not every adult goes to a workplace every day. How are we going to reach them?”

3. Focus on the positive 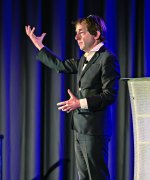 Being mindful of what you’re focusing on matters more today than ever before, said contemporary historian Sir Anthony Seldon, vice-chancellor of the University of Buckingham. As co-founder and first director of the Centre for Contemporary British History and co-founder of Action for Happiness, he offered unique insight into the intersection of world politics and positive psychology. And never, he said, has global politics been in greater need of an infusion of positivity.

When the media focuses on what’s wrong with a country, a leader or a political group, he explained, it creates a fearful, negative mindset that permeates an entire culture and can have long-lasting repercussions. Individually, we can begin changing that mindset by re-evaluating what we listen to and where we focus our energy.

“There will always be demagogues who try to pull people apart. They work on fear rather than operating on a positive vision,” he said. However, “…there will always be people who define themselves primarily by their humanity. Positive psychology pulls us toward what we share in common with others.” Learning to appreciate our commonalities instead of arguing over our differences is critical to how we progress globally.

“We must encourage our sense of identity, based on our common humanity. Those who would see our differences as something to be feared and separated will only lead to a more violent, divided world.”

As a broadcast journalist, Michelle Gielan knew the importance of checking the facts in her stories. But as a positive psychology researcher, she’s found that same skill can help each of us improve our well-being. The Broadcasting Happiness author reported that people who read negative news could actually have positive reactions, but only if they were offered solutions to the problems they’d just read about.

A study she conducted with Arianna Huffington found that when readers were offered solutions, they not only showed an improved attitude toward the news they’d just read but also increased their overall creative problem-solving abilities by 20 percent. “If we can remind the brain that there is a path forward in one domain, we actually empower [ourselves] to take positive action and become more creative problem solvers in other areas.”

To do that, she recommended a three-step fact-checking process to overcome negative thinking and obstacles:

“When someone is overwhelmed, you start by finding out what, at the core, is stressing them out?” For example, if someone is stressed out about work, find that core thought—such as the fear of missing an important deadline.

“Strip out the emotions,” she suggested, then examine the truths surrounding that negative thought. In the case of work, that might mean listing what needs to happen in order for that deadline to be met, and what obstacles stand in the way.

3. List the new set of facts that can illuminate the situation.

This could include looking at who else could help meet this deadline, or even considering seeing if the deadline can be extended.

“It’s not about disproving the old story, it’s about seeing the rest of the picture,” she explained. “If we can guide people to this solution-focused and resource-focused response…that’s when you empower them.”