Instead of being crippled by self-doubt, learn how to recognize it and then counter it with rational thought. 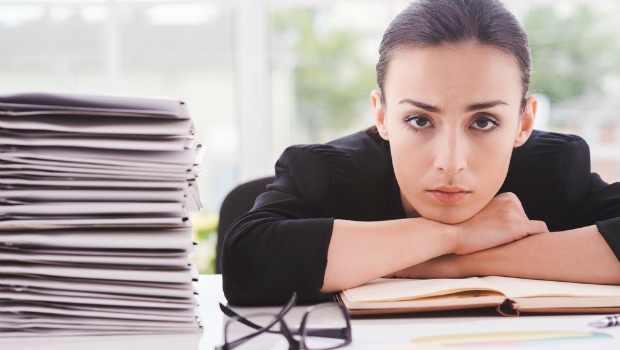 Don't let self-doubt hinder you at work or in life

Every time I tell someone that I'm writing a book on self-doubt, they say, “Oh I need that book!”

Everyone experiences self-doubt at one time or another. Self-doubt might be that voice in your head that says, “Are you sure you've worked hard enough on this?” or, “Have you practiced enough?”

It's normal to regularly question what we're doing and how we fit into our complex world. We’ll never eliminate self-doubt; instead we can learn how to manage it and use it as a driving force.

Researchers concur that self-doubt becomes problematic only when it's chronic. If you sabotage your performance with constant self-criticism, or often feel like you are an imposter and people will find you out, for example, you probably are hindered by chronic self-doubt.

Below are six scientifically supported ways to manage self-doubt and use it as a constructive building block for success:

1. Re-frame difficulty as a positive force

The other night, my niece complained that she doesn't like science class because she feels like she's “not good at it.” She added that she always has to work harder at science than her other subjects.

This made me wonder: Why is it that people think something's wrong when they have to work hard and make a real effort? In one study at Stanford University led by psychology professor Carol Dweck, students in a control group learned that effort and difficulty is a normal part of growth, and should be perceived as a positive sign on the road to success. This shift in perception improved the students' academic performance and sense of wellbeing.

2. Tap into past experiences

For example, I felt comfortable delivering workshops for years, but when people began asking me to be keynote speaker, I was terrified. After some reflection, I realized giving a keynote speech and running workshops are similar skills.

Once I recognized the relevant skills I already had, I solicited help from professionals to learn the skills I still lacked. This improved not only my competence, but also my confidence.

According to self-compassion researcher Kristin Neff, people who are more compassionate toward themselves have greater self-confidence. Those who don’t berate themselves when things go wrong are more likely to persist and take the risks needed to progress because they are less afraid of failure. “When it’s safe to fail, it’s safe to try.” Says Neff. (To learn more, watch my interview with Dr. Neff.) 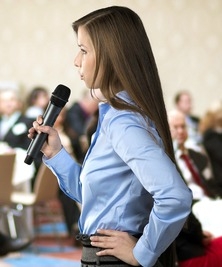 Often when we embark on something new, negative thoughts can take over. “Who are you to think you can do this? … Who cares about what you have to say?”

I used to be the queen of negative self-talk. I learned to talk back to those undermining thoughts by asking: “Is this true?” Identify what your negative inner voice is saying, and then evaluate it from an objective point of view. More often than not, that little voice in our heads is spouting more fiction than fact. What's more, you can counter that inner critic with objective, rational and affirmative thoughts.

Excessive thinking about what you should have done differently in the past can bleed into the present. So if you are stuck in negative ruminations about the past as you’re faced with a new task, you actually reduce your ability to focus on your present performance.

To stop ruminating about times when my performance was disappointing, I say to myself, “I did my best with what I knew at the time.” Then I analyze what I think I could have done differently and I move on. (The moving on part is key.)

6. Don't make your self-worth contingent on your accomplishments

American culture often perpetuates the idea that our worth is contingent upon our ongoing accomplishments. When we are succeeding, our self-worth goes up, and when we are failing, we feel worthless. People who do not tie their self-worth to their accomplishments in fact see failure on the same continuum as success—as a necessary step to ultimate achievement of goals.

Rather than a reflection of how unworthy we are, failure can be a sign that we are still learning or have picked the wrong strategy for the circumstances. I try to remember what Maya Angelou once said: “I can be changed by what happens to me. But I refuse to be reduced by it.”

Louisa Jewell is the president of the Canadian Positive Psychology Association, as well as a speaker, author, and instructor of psychology at the University of Toronto.