8 Happiness Gurus You Need to Know About

“Happiness gurus” are seemingly everywhere these days. It’s easy to forget that this figure of the sage or visionary has been around in one form or another since the beginnings of civilization. 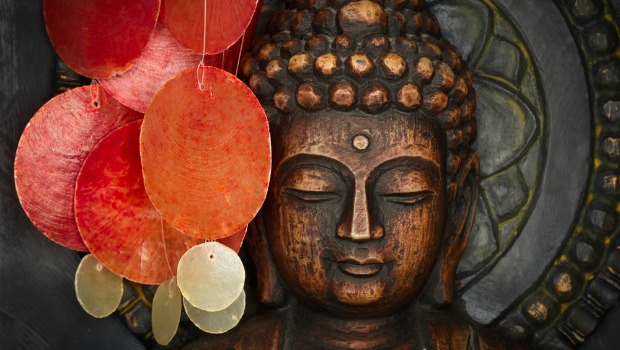 There have always been visionaries who claimed to hold all the answers.

“Happiness gurus” are seemingly everywhere these days, popping up in TED Talks, yoga retreats, and in magazines and websites proclaiming to hold the keys to a happier, more peaceful life.

It’s easy to forget that this figure of the sage or visionary has been around in one form or another since the beginnings of civilization. Here are eight great exemplars from history.

Born in Northern India in the 5th century BCE, Siddhartha Guatama (aka Buddha), would have recognized the term "guru,” an ancient Sanskrit word meaning “teacher.” Teaching happiness was his business. By embracing the "four noble truths" and setting out along the noble eight-fold path to wisdom, men and women, he assured, could indeed achieve happiness.

Contemporary scientists and positive psychologists often refer to Buddhist techniques of mindfulness and meditation as a highly effective means to happiness. With as many as 500 million followers in the world today, this is one guru whose message has stood the test of time.

This Greek wise man established one of the world’s first communes, popularly known as “the garden,” in ancient Athens toward the end of the 4th century BCE. A philosopher by training, he considered himself a “doctor of the soul,” who aimed to cure his disciples of the sickness of unhappiness. Epicurus counseled the cultivation of pleasure, but of the simple kind. What human beings needed to be happy, if their souls were healthy, according to Epicurus, was surprisingly little.

This carpenter of Nazareth sometimes gets a bad rap as the “man of sorrows.” But his message to his disciples was clearly one of joy. “Rejoice and be glad,” Jesus commanded as part of his Gospel (ancient Greek for good news). He also counseled charity, hope, and forgiveness, which correlate well, modern researchers affirm, with happiness, as does faith itself. 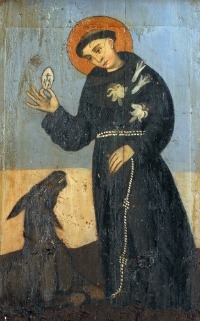 The time of the Middle Ages in Europe was rife with wandering mystics, ascetics and saints. Contrary to later stereotypes, not everyone lived darkly in a “dark ages.” Giovanni di Pietro di Bernardone (beatified as St. Francis in 1228, two years after his death) is a case in point.

St. Francis left his prosperous merchant family to live and preach among the poor in Central Italy. He took the Christian command to “rejoice” seriously, noting that “It is not right for the servant of God to show sadness and a dismal face.” He spread joy through the cultivation of love for all of God’s creatures—famously, even preaching to the animals.

Jesus may be the most widely known Jewish guru, but the Rabbi Israel ben Eliezer—known as the Baal Shem Tov, the “master of the good name”—is beloved to this day by many Jews. The founder of the Hasidic movement, he was a healer, mystic and teacher who hailed from 18th-century Poland, and taught God’s presence in all things. Since life and the world were God’s gifts, we should embrace them optimistically, he counseled. There was no better way to do that, he urged, than by finding happiness.

The modern positive psychologist Jonathan Haidt has speculated in print whether Jeremy Bentham was autistic. He certainly wasn’t a charismatic man; he had few friends, never married, and described himself as a “hermit.”

Yet however socially ill-at-ease, this reformer and legal theorist of 18th-century Britain generated a huge following of those, like himself, who aimed to maximize “the greatest happiness for the greatest number” (Bentham’s phrase) through legislation and statecraft.

His concept of "Utilitarianism" continues to motivate (or haunt) leading happiness researchers today, such as the British economist Lord Richard Layard who describes himself as a Benthamite, proving that you don’t have to make friends to influence people.

Karl Marx is admittedly an unlikely happiness guru. When asked, in a parlor game, to give his own definition of the word, he responded militantly: “Happiness: to fight.”  Nor did his theories prove in the end very effective at fostering human happiness. Arguably they did just the opposite, at tremendous human cost. Former communist countries, social scientists report, display dismal levels of self-reported happiness. And yet, for all that, Marx’s avowed goal was to usher in “real happiness,” and hundreds of millions followed him in the effort. It is a useful reminder that not all happiness gurus get it right.

By the 1960s, the counterculture in the U.S. and England had fully embraced Eastern religions and customs as the peaceful, mindful antidote to the ills of Western Society. India was the primary font of happiness gurus, sending scores of swamis and yogis out into the world (and bringing even more seekers to India to seek the answers).

The Beatles and the Beach Boys fell under the spell of the transcendental meditation of Maharishi Mahesh Yogi, while Pete Townsend and the Who were drawn, like many others, to the teachings of Meher Baba, who made numerous trips to Europe and the United States in the 1950s and 1960s. Despite taking (and keeping) a vow of silence for the last 40 years of his life, Meher Baba touched many with his signature message, “Don’t worry, Be Happy.” Sometimes, that’s all a guru needs to say….

Darrin McMahon is a professor of history at Dartmouth College. He is the author of Happiness: A History, and Divine Fury: A History of Genius.