We avoid thinking about death at all costs, but we may be doing ourselves a disservice. Contemplating the end of life could enrich life itself. 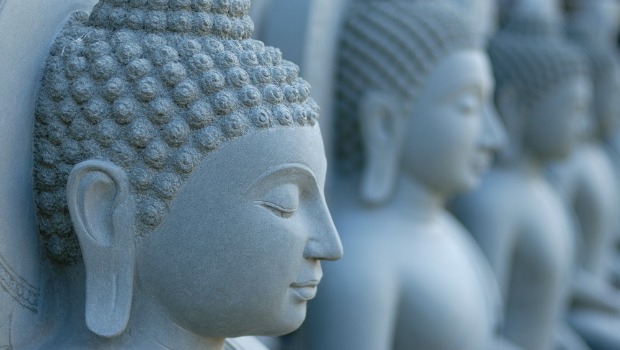 All religions agree, thinking about death is good for you

Nearly all of the world’s wisdom traditions agree on a surprising point: Thinking about death can be good for your happiness.

Plato, for example, understood the goal of philosophy as the pursuit of lasting happiness (eudaimonia), but also described philosophy as a “meditation on death.” Or think of the Buddha, who aimed to free human beings from their self-imposed suffering so that they could cultivate genuine happiness, yet insisted that we keep the end forever in mind. “Of all mindfulness meditations,” he emphasized, “that on death is supreme.”

Jews were no less open to such wisdom. “All are from the dust, and to dust all return,” the Book of Ecclesiastes observes in a pointed line. It was intended as a message to remember. Nor could Christians easily ignore it. The central symbol of their faith—the cross—is a memento mori. Lest they forget this, many Christians to this day receive ashes on their brows on Ash Wednesday, the first day of Lent, just after the fun of Mardi Gras has come to an end. “Remember that you are dust, and to dust you shall return,” the priest declares. What a way to end a party.

I'm not afraid of death; I just don't want to be there when it happens.

All of this may seem a little morbid in today’s world—even for the religious or the philosophically inclined. Tales of saints and hermits staring at skulls freak us out. Death in the early 21st century is something we prefer to avoid. When friends and family get sick, for example, we usually send them away—to a hospital or hospice—rather than let them die in plain sight. The poet and historian Jennifer Michael Hecht, who has written insightfully on the subject of happiness and death in her book The Happiness Myth, points out that “Most people [today] have not seen someone die, whereas, in past centuries, even young children were brought to deathbeds to witness a period of sometimes agonized dying, and then the much-respected moment of transformation. This moment was as sacred and revered as the modern-day birth.” We hide death from our children these days and opt for youth and vitality over old age. And when our soldiers fall in combat, the cameras are barred from even showing the body bags when they return.

The modern cult of youth could be hindering our happiness

Surely this avoidance is also a little extreme? At the very least it may be worth asking in our death-averse society—with its cult of youth and good cheer—just what the benefits of thinking of the end might be. Why have all those wise men and sages counseled us to remember death? They may have had some good reasons.

It turns out that modern psychologists, no less than ancient sages, have something to say on the matter. They point out, for example, that confronting our mortality may trigger what the psychologist Dan Gilbert calls a kind of “psychological autoimmune response,” or what Social Psychology professors Nathan DeWall and Roy Baumeister describe as a “terror management” system that allows us to deal with existential threats. Thinking about death, in other words, triggers offsetting feelings of happiness, allowing us to manage our terror of death. Just as the immune system of the body fights off pathogens, this immune system of the mind apparently helps us process threatening thoughts such as death.

That may be one explanation for why the curved graph of happiness over a lifetime looks like a smiley face. (According to Gallup studies, our happiness starts high, dips in our 40s and 50s, and then makes an upswing right up to the end.) In one of life’s little compensations for our receding hairlines and expanding waistlines, men and women tend to get happier as they get older, after bottoming out in middle age. Strangely, it may actually be the increasing proximity of death that gives us an off-setting boost of happiness via this same autoimmune response.

We appreciate life when we think about its finality and fragility

Or it may just be, as the sages have often said, that to recall our mortality is to force us to take the measure of what we have—the gift of life—and to weigh its importance and put it into perspective. The frustrations of the day-to-day tend to disappear or turn to dust when measured against eternity. And to prepare for a good death is necessarily to undertake to live in a way that would make that possible.

There is even evidence to suggest that cultures that think about death regularly in open and constructive ways are happier than those that don’t. As the writer Eric Weiner discovered in his quest to discover the happiest places in the world, which he chronicles in The Geography of Bliss, the subject of death came up surprisingly often when he went looking for happiness. “You need to think about death for five minutes a day,” one man in the tiny mountain kingdom of Bhutan told him. It was, in this case, a specifically Buddhist insight. But the advice is backed up by wisdom, ancient and modern, that can make a claim to universality.

If it is true, as the writer Thomas Mann said in his great novel, The Magic Mountain, that “for the sake of goodness and love, man should not let death rule his thoughts,” it is equally true that to ignore death entirely is counterproductive. That is a risk in the early 21st century. For the sake of our happiness, we could all stand to cultivate a little philosophy.