No matter what seemingly insurmountable barrier is in our lives, we can create a positive reality, in fact, sometimes the greatest opportunities to do this are the ones that are slightly hidden. 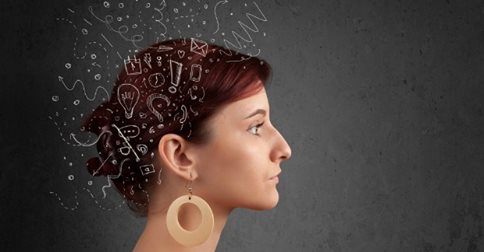 Let your unconscious mind lead you to inspiration.

In May 2012, Shawn was invited by the royal family in Abu Dhabi to give a talk. He was so excited about the opportunity to go dune-bashing in all-terrain vehicles and ride camels that when it came time for his lecture about how to change realities for women in the Middle East, he wasn't thinking straight.

As he usually does, he kicked off the talk by partnering people up and having one person try to control his or her face to show no emotion for seven seconds. Then Shawn had the other person smile warmly and genuinely directly into the eyes of the first person. (Trust us, this is more difficult than it sounds.) It wasn't until midway through that he realized his mistake: Half the people in the room were wearing veils.

Smiling through the veil

If Shawn had thought about this, he might not have tried the experiment. But, incredibly, the experiment still worked. The women in the audience said they could see the smiles in their partners' eyes. Even behind the veil, these unseen smiles were contagious.

The point we want to make is that no matter what seemingly insurmountable barrier is in our lives, we can create a positive reality. In fact, sometimes the greatest opportunities to do this are the ones that are slightly hidden.

Tap into the unconscious mind

But the key to unlocking these unconscious processes is taking time to not think about your challenge or problem. In other words, to engage all our brains and achieve those "aha moments," sometimes we need to shut a portion of our brains off and stop working.

That's because once you have fully embraced and built a positive reality, that reality becomes embedded deep in your unconscious brain processes. Thus the skills of positive intelligence can become second nature, allowing you to harness all your intelligence without consciously trying, or even being consciously aware of it.

Use the unconscious to think differently

So, what problems and obstacles are you trying to solve in your life? How are you going about solving them?

Instead of beating your head against a wall or spending 80 hours a week thinking about these problems, just stop. Take a break for a week or two, and work on other parts of your life. Play a musical instrument, read a fiction book, look at old vacation photos–whatever it is, do something that will engage your brain and keep it from consciously thinking about your problems. Take a few moments from your daily stream of life and let your unconscious take over.

You may also consider planning a mini-vacation each week. It doesn't have to be long–15 to 30 minutes will work as long as you're doing something out of the ordinary that allows your conscious brain to refocus and your unconscious brain to start being creative. Have fun with this: Go sit in a coffee shop to journal, go to an art museum, take a yoga class, go fishing. We're not encouraging you to retreat from your problems or turn a blind eye to them, but to instead let the creative part of your brain help you build much more powerful positive realities.

Many brilliant people never feel this kind of inspiration that leads to life-changing discoveries or achievements because they never let their unconscious brains work. So, take a break from the ordinary and let your unconscious get to work–it could just lead to the answer you've been searching for.

Shawn Achor, author of The Happiness Advantage and the newly released Before Happiness, is one of the world's leading experts on human potential. Shawn is the winner of more than a dozen distinguished teaching awards at Harvard University, where he delivered lectures on positive psychology.

Michelle Gielan is an expert on the science of positive communication and how to use it to fuel success. She works with Fortune 500 companies and schools to raise employee engagement, productivity and happiness at work. She formerly served as the anchor of two national newscasts at CBS News.