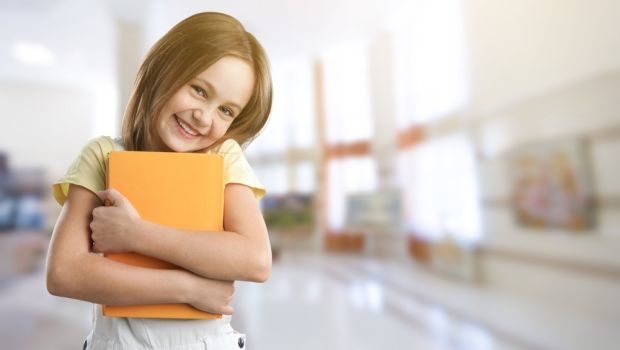 When young people are given to the tools to find happiness within themselves as well as others, everyone wins

Walt Disney used the noun “plus” as a verb, meaning to improve something that you are working on or already doing. I think that is what we have to do with education in all sectors. We need to “plus” it. We are living in some of the best times of humanity, as Steven Pinker has claimed in his recent book, Enlightenment Now: The Case for Reason, Science, Humanism, and Progress.“We live longer, healthier, safer, wealthier, freer, more peaceful and more stimulating lives than those who came before us,” Steven says in a recent New York Times interview. “And by ‘we’ I don’t just mean we in the West. This progress is encompassing the world.”At the same time, we live in volatile times: The future is uncertain, and the state of some of our institutions, our cities and movements is threatened globally. How do we work to ensure that we pass the baton to future generations with the best possible hope of continuing that progress?

Talking to Martin E.P. Seligman, Ph.D.—a founder of positive psychology and positive education—a few years ago, he said, “We just need a time machine….” We were talking about how one could possibly engineer the “good life,” a life filled with meaning and purpose. How could one prospect one’s future? If you could have a time machine, you would be able to see the various moves and strategies you employed, the serendipitous path you lit out upon to thrive in later life. This is the question that educators, schools, colleges, universities, parents, students, policymakers and governments face. How do we engineer thriving, positive lives? If we could do that, we would indeed be able to change the world for the good.

Positive psychology—its founding and expansion to fields such as economics, politics, neuroscience, cognitive science, sociology, anthropology and beyond—has begged the question, “Why are our institutions not positive?” This is most poignant when we think of our young people and their education. The various tragedies in U.S. schools and universities has brought this to the particular attention of our nation and the world: Why are schools not shaped with positivity, thriving and well-being at the core? Wouldn’t learning and results on standardized assessments be improved if all of our schools, public, charter and independent, focused with priority on the well-being of our students? Wouldn’t our children be safer and better prepared for their futures?

The Promise of Positive Education

Positive education proposes that at the center of institutions of learning are a set of interrelated components, PERMA, that have to be addressed as a matter of extreme priority in order to have educational organizations that help students thrive.

PERMA stands for: positive emotion, engagement, relationships, meaning and accomplishments. Seligman suggests that if we could suffuse these elements more convincingly and intentionally in all of our educational organizations, not only would we have better learning outcomes, but more importantly, we would have better life outcomes for everyone leading to a better society.

“But our schools and universities are doing a great job,” educators around the world claim. And it is true that on some metrics, schools around the world show student improvement on standardized assessments, but at what cost? Obviously, it depends on what you are measuring. At the same time, there is a massive increase in global mental health problems and opioid abuse across all ages in the United States. Even our social media platforms that claim to “do good” or “connect people” are correlated with users’ increased depression, flawed critical thinking and decreased well-being.

Something seems terribly wrong. It is as though at some point we took a wrong turn that made it appropriate to define our value as human beings via a grade, a score or the number of followers we have. We have also come to believe that learning is just hard and is a game, rather than a lifelong endeavor of self-improvement and, although by necessity is “desirably difficult” at times, is also joyous. We have become distracted from seeking a capacity for a sense of meaning and purpose in our lives and have become obsessed with credentialing and capitalistic gains rather than humanistic success.

Innovation to Stand the Test of Time

So, how do we resolve this? I think the answer is simple. We recalibrate our entire system of education globally through positive education. This is already happening in many places all over the world. However, these are small sparks, prompted by individuals and institutions interested in how to translate valid cognitive science and social science research into everyday practices in schools and universities.

For positive education to work it needs to become the norm; it needs to be just good education. Too much of what happens in our learning centers is through an ever-accelerating cycle of trends that crash upon schools like waves crashing against the shore. These “waves” have an effect, and then the effect disappears to be followed by yet another new set of waves of innovation. Positive education needs to be the norm. It needs to be a matter of a shift of assumptions and beliefs that permeate all school and university environments. We have to believe that to learn well, we need to tend more effectively to the social and emotional well-being of our young people. If we could put that at the center of what we do in all of our educational institutions, we would have better learning, better citizens, better corporations, better countries and a better world.

Why is this so difficult? It is because the older generations, people like myself, in my fifties and in charge of schools and school systems, still believe that well-being is secondary to learning rather than a means to it. In order to change that view, we need to assure the elements of PERMA have primacy in the culture of all of our educational organizations. We need to prize the development of character strengths and ethical decision-making as equally important as the development of literacy and quantitative understanding. We need to ensure that our teachers and professors model the very social and emotional capacities and maturity we seek to develop in our students. We need to figure out more effective ways to provide good formative feedback to our students about the development of their moral and character development just as much as we provide feedback on their intellectual and academic development.

In the past, I have felt that these issues and a global call for a positive education movement were more of a call to educators and to our students. More and more, I think that this is a matter of broader justice. It is a matter that is pertinent to all of us as global citizens. It is a way to save a world that is perhaps on an errant path. We need to work on increasing the potential of our youth in every country, which would be a worthwhile thing to do as we have seen through the young people in Parkland, in Malala Yousafzai who is fighting for girls’ education worldwide and in the activist voices of young people globally who are fighting oppression while seeking both justice and opportunity. Instead of being focused on GDP or even global happiness, we should be focused on a PERMA index with parents, governments, schools and universities seeking to work in concerted and collaborative ways to increase the PERMA in their own country and others.

This is something that need not be debated infinitely since it is pragmatic, backed by science, and, I believe, within grasp for every individual and organization that has enough wherewithal to look positively to the future and ensure the thriving of our young people. We need to “plus” education, thereby “plussing” our countries and the world. We all need positive education.

This article originally appeared in the October 2018 edition of Live Happy magazine.

Dominic Randolph is the sixth Head of School at the Riverdale Country School, a Pre-K–12 independent school in New York City, and a founder of the Character Lab and Plussed+