How You Can Inspire Happiness in Others 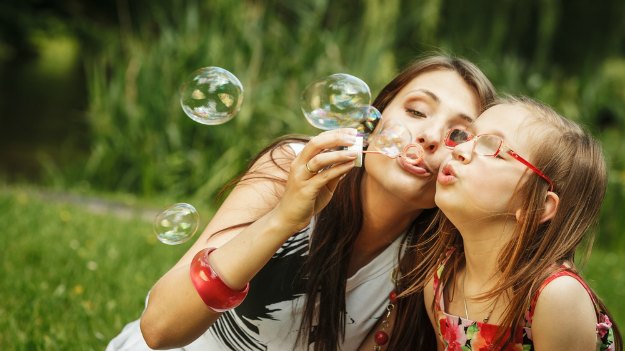 In their new PBS special, Shawn Achor and Michelle Gielan show that positivity is contagious—so spread the joy!

A few years ago, Shawn Achor and Michelle Gielan, a married pair of happiness researchers and Live Happy contributors, produced a PBS program dedicated to research that shows happiness is a choice. The studies they shared explained how a positive brain can increase your energy by 31 percent, triple your creativity, significantly boost your intelligence and even improve your health.

In spite of all these benefits, however, it can be hard to stay happy when others around you are negative or stressed. This December, PBS will begin broadcasting Shawn and Michelle’s new program, Inspire Happiness, on how you can help make the people close to you happier and more positive—and in doing so, also make it easier for you to find happiness.

Recently, Live Happy CEO and Editorial Director Deborah Heisz sat down with the couple to discuss their powerful new research.

DEBORAH: Can you tell us why the focus of your research recently shifted? 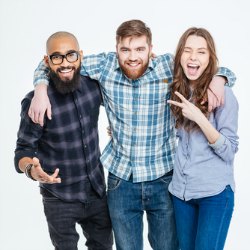 MICHELLE: We’ve come to see that making others happier is the primary way we can create and sustain real meaning and happiness for ourselves. We all have someone in our lives who is struggling. We’ve tried to help that person feel happier. We want our spouse to think that happiness is a choice. We want our parents to be optimistic about their future. We want our kids to feel strong and confident. But when it doesn’t work, we start to believe we can’t change others.

SHAWN: Society says you can’t change other people so don’t even try. But I know that’s wrong, not only because of the research but also because of what I have seen watching my father since I was young. Earlier this year, after 38 years of being a neuroscience professor, my father retired. His research from early in his career helped start the entire neuroscience field. But my father never made the rank or pay of a full professor.

Instead of focusing on research, he accepted five times the number of advisees as the average professor. My father, like many people, chose impact over pay and prestige. While he sent hundreds of students to medical school, he also sat with crying students who didn’t get in. And he showed them how they could find different and perhaps better paths. He successfully shifted the mindsets of other people—helping them think in happier, more constructive ways.

While I was speaking at his retirement, our 2-year-old son, Leo, ran up to the stage, and I held him for the second half of the talk. Here I was, a proud son talking about his father, and also a proud father holding his son, and things started to make sense in a new way.

True potential is not measured just by your own attributes, but by how much power you have to change others. We can impact people’s happiness in dramatic ways and transform their lives’ trajectories." —Shawn Achor

DEBORAH: And studies from positive psychology—both your own and from other researchers in the  field—support the fact that changing others is possible?

MICHELLE: In one example, researchers at University of California, Riverside, found that if you have three people in a room, two of the people will be influenced by the mood of the most expressive person in the room. The mood of three participants was tested before asking them to sit together for just two minutes without saying a word. After that, their moods were tested again.

In repeated experiments, two of the participants experienced a change in mood—because of the third, more expressive person. If that person was frowning or crossing arms, the other two felt less happy. If the most expressive person was smiling or relaxed, it made the others feel more positive.

DEBORAH: You share five research-based communication strategies in your PBS program to shift others’ mindsets to be more positive, empowered and resilient, especially in the face of adversity. Can you share one of them with us now?

SHAWN: There are times when we want certain behaviors from other people—but some limiting thought is holding them back. For instance, your son is smart but clearly not applying himself when preparing for tests, or your spouse who used to help around the house has recently stopped. Instead of complaining, we’ve found in our research that the stronger approach is to compliment them for their good behaviors.

Get them to see how they are actually a good student who works hard or a helper at home, and the more you strengthen that identity, the more likely they are to engage in these positive behaviors.

MICHELLE: For one week, take a break from pointing out another person’s problems and instead launch what we call a “right” campaign. Call that person out for what he is doing right! Make his first thought about himself positive and active. Figure out how you want this person to change, and start encouraging him to see himself as that type of person.

So who will you target with your right campaign? This approach works with bosses by pointing out how understanding they’ve been, or with your kids when you talk about how responsible they are.

SHAWN: When we were putting Leo to bed, we found that it would backfire when we’d say, “OK, you HAVE to stay in your crib tonight.” His response would be, “Nope. Downstairs. Trucks.” Instead, we’ve found a lot of success by telling him what a good boy he is; what a good sleeper he is. He now goes to bed trying to live up to our high opinion of him instead of being determined to rebel against our demand.

A University of Pennsylvania Wharton School of Business study found that the more you strengthen someone’s identity as a giver, the more generous he or she is in giving back to the school. This works in many domains of identity.

Want to learn more? Sign up for Shawn and Michelle's "Wake Up & Inspire Happiness" Video Workshop at Broadcastinghappiness.com/happiness.