What Is Your Healing Rhythm?

Whether your musical preference is Igor Stravinsky or Iggy Azalea, listening to your favorite artist might do more good than you realize. 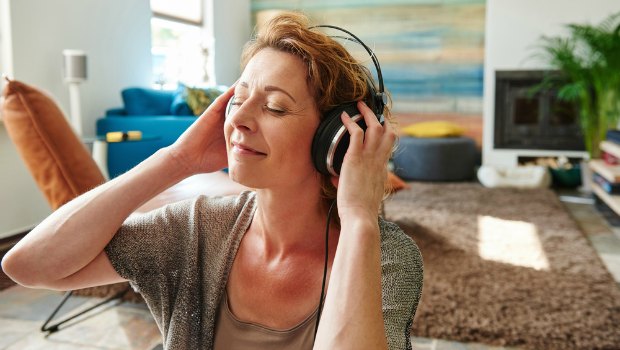 Listening to your favorite music is even more powerful than you thought.

Whether your musical preference is Igor Stravinsky or Iggy Azalea, listening to your favorite artist might be doing more good than you realize. Presenters at the Music & Medicine Conference in Cincinnati on Sept. 19, 2014, said they’ve discovered that when it comes to tuning in, our personal music choices are much more powerful than most of us realize.

Music involves every part of the brain

Dr. Richard Fratianne, founder and director of the burn unit at Cleveland’s MetroHealth Medical Center, explained that music is effective for healing both physically and emotionally because it engages all three areas of the brain. Music captures the attention of the reptilian brain, which controls vital body functions; the limbic brain, which handles memories and emotions; and the neocortex, the center for language, imagination and consciousness.

As its healing powers have become more widely understood, the medical world has implemented music therapy in clinical settings. Fratianne was one of the pioneers who used music to ease the suffering of burn patients and spearheaded research that demonstrated listening to music during painful treatments can reduce suffering and anxiety.

Through the years, research has repeatedly shown that music has a powerful effect on everything from pulse and heart rates to the amount of cortisol being released in our bodies, but what surprised Fratianne most is realizing that no individual piece of music affects us all in the same way.

While it has been widely believed that listening to gentle or “easy listening” music can help us relax, Fratianne also studied the effect of “patient preferred” music on his subjects. “We found that the reduction of pain and anxiety is most significant with patient-preferred music,” he says. Regardless of the type of music patients listened to, they had better outcomes when they chose the music themselves—even  if that meant listening to such unlikely genres as rap and metal which are not generally considered to be tools for soothing the mind and promoting healing.

Similar discoveries were made by Dr. Stephen Feagins, an internal medicine specialist at Mercy Anderson Hospital in Cincinnati, Ohio. While researching ways to use music to promote recovery from sports injuries and concussions, he was surprised to learn it wasn’t a one-size-fits-all solution. “We went searching for the best kind of music to use, but it turns out it was a lot more complicated than we knew. Everyone’s different. Everybody has a certain rhythm that works for them.”

Like Fratianne, Feagins’ research showed that the effectiveness of music in facilitating patient healing didn’t depend on the beat, the rhythm or the melody; it was the patient’s personal feelings about the music that mattered. “We found that in every injury except concussion, music helps with the healing process,” Feagins reported, “but with a concussion, the only music that makes it better is a familiar playlist.”

The beat of your own drum

Of course, you don’t have to be a patient on the mend to benefit from the beat; healers like Fratianne and Feagins believe that such findings have implications outside the clinical setting and that we can all learn from these findings. Listening to music you connect with, instead of tuning in to another’s preference, may help you solve problems, improve performance at work and boost your happiness.

Feagins points to the fact that even though workout centers invariably have their own music pumping through the sound system, most people prefer to bring their own music to listen to as they exercise. “Everybody has a certain rhythm that works for them,” says Feagins, “there’s a type of music that calms you, that motivates you, that makes you happy. You just have to find what rhythm works for you.”