Which Kind of Goal Setter Are You?

Find out what happens when happiness experts Shawn Achor and Michelle Gielan act as guinea pigs in their own goal-setting experiment.

I love that the beginning of the year is a special time to focus on self-improvement. I hate that it often provides an even bigger chance to miserably fail and feel bad about myself for months to come. As a positive psychology researcher, I want to crack the code of successful resolutions. My husband, Shawn, and I decided to conduct a goal-setting experiment, using only ourselves as subjects. We would employ two very different approaches toward achieving our goals, and at the end, compare data.

The results have forever changed how I set and achieve goals and improved my self-image in the process. I’m hopeful our experience will help you better understand which approach will work best for your brain and give you the highest chance of goal-setting success.

The experiment would take three months, and we did it over the summer when the pace of life felt slower. Shawn would follow the science. I would try something completely crazy. We’d each document our results and compare final notes after Labor Day.

Shawn followed the science to a T, and he was a lovable nerd through this process. Based on the research, he developed this formula:

Specific—Research shows that while it is good to have big goals, it is best to break them down into small, specific goals. That gives the brain more opportunities for “wins” as we achieve those milestones, which can act as fuel for the future. One of Shawn’s goals was to meditate more; he added a 30-minute session each week on Sundays. Each time he sat down to meditate on a Sunday, his happiness over that win fueled his meditation practice the following week. 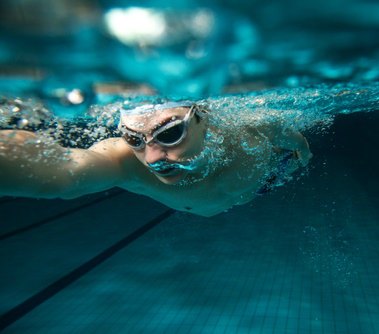 Tracked—Here is where Shawn’s true scientist came out. He developed a detailed spreadsheet that listed all his goals and tracked percentage progress to the finish line. He even made a bar graph. He applied the research he featured in his book Before Happiness that shows that when the brain sees it is 70 percent or more toward the finish line, it actually speeds up progress. That’s why exhausted marathoners sprint for the finish line. One of his goals was to play tennis four times with a friend he rarely sees. After just six weeks, he was excited to see that he was 75 percent of the way to his goal.

Varied—Shawn came up with a range of goals. He wanted to swim a certain number of laps nonstop by the end of the summer, read a certain number of new books for fun (no research books!) and go on three dates with me. I’m so happy for diversification! And no work goals this time because work was busy enough. This followed the research that shows that by varying the areas of your life in which you have goals, accomplishments in one area can help motivate you in others.

I called my approach to the experiment “The Summer of NO Goals.” Yep, you read it right! First, the back story: I put a lot of pressure on myself to achieve. A. Lot. What this means is that I always have goals. I get swept up in the excitement of “how great it would be” to do this or that. I go for a run and instantly think, “I should run every morning. How great that would be for my body. I am going to run two miles every morning from now on.” I do it for three days. And then I am on to the next great idea.

The worst part is that I have often felt bad about constantly not following through. And then we had our son Leo, who is now 2 1/2, and I have even less time to do anything. But that has been a blessing in disguise, as you’ll see from my formula.

Mindful—Just simply deciding I was not going to set goals for myself during the summer didn’t mean my brain didn’t try to do it anyway. I had formed a habit of it. So I needed to cultivate mindfulness to consciously observe my thought patterns. When I did go for an occasional run, I didn’t let my thinking rob me of the joy of that run by plotting and planning the next 365 runs. I just tried to stay in the moment. I watched my breath go in and out as I jogged. I looked at the trees. Most times I practiced this simple mindfulness technique and felt refreshed, and that feeling made me want to run more. At the end of the summer, I had run 22 percent more than the previous three months.

Tracked—Since I had no tangible goals to track, I decided to track progress in all areas of my life. I kept a list of small work projects I accomplished, how many times I went swimming, the number of times I played with Leo in the sandbox, etc. This tracking started to show me two things. First, I do a lot of awesome things during the course of an average day or week so there is no need to feel bad about myself.

Second, I started to see how much I do of each kind of activity and which ones bring me the most joy. By consciously moving time from something that is not as fun like answering emails to something that is fun like playing in the sandbox with Leo, that 20-minute swing in the middle of the day energized me for the rest of it.

Play—This one was simple. Every time Leo asked me to play, I tried to say “YES!” There are a lot of things that can wait, from doing the dishes to those pesky emails. I want to savor this time with him now while he is young, even if it means having a slightly messy house for a time. Play is memorable. Dishes are not.

Shawn accomplished 96 percent of his goals for the summer and felt great about it. During my summer of no goals, I was blown away by my long list of accomplishments. I also had shifted approximately 9 percent of my time away from draining activities toward energizing ones.

And after the experiment concluded, I was recharged and ready to set goals again. Personal growth starts with each of us understanding what we need right now to inspire and propel us. That’s when applying the science helps. This year, Shawn’s formula might work perfectly for you, or you might need a mindful recharge like I needed. Or maybe it’s time to be your own scientist and come up with a new formula.

What’s your approach to goal setting in the new year? Is there one goal you’d like to share? Join the discussion with me on Facebook at facebook.com/MichelleGielan.

SHAWN ACHOR is best-selling author of the The Happiness Advantage and Before Happiness. Shawn’s TED Talk is one of the most popular ever, with over 5 million views, and his PBS program has been seen by millions. Learn more about Shawn at Goodthinkinc.com.

MICHELLE GIELAN is an expert on the science of positive communication and how to use it to fuel success and the author of Broadcasting Happiness. Formerly a national news anchor for CBS News, Michelle holds a masters of applied positive psychology from the University of Pennsylvania. Learn more at Goodthinkinc.com.