Be More Generous To Boost Your Happiness

A new study reports a link in the brain between generosity and happiness.

Groundbreaking new study shows link between giving back and well-being.

Handing money to someone in need may put a smile on both the recipient’s face and your own. A new study from the University of Zurich reports finding a link between the brain regions activated by generosity and those involved in happiness.

Researchers gave participants a weekly allowance, with one group planning to keep the money for themselves and the other committing to spend it on others. Then, fMRI imaging was used to study both groups’ brain activities. Participants who had pledged to use the stipend in a philanthropic manner behaved more generously than those who didn't, confirming that the act of giving or even the intent to give activates the brain in a way that makes you feel happier. 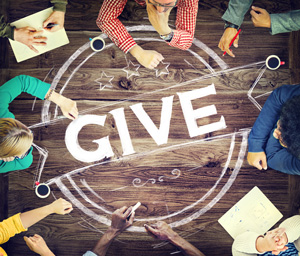 Randall Wright, a neurologist at Mischer Neuroscience Associates in Texas, is thrilled with the findings. “We know that altruistic behavior can simply make us feel better, but now we are seeing this at a neurobiological level,” he explains, noting that the study is the first to deduce a scientific correlation between generosity and happiness.

Jessica L. Cundiff, Ph.D., assistant professor of psychological science at Missouri University of Science and Technology, adds that you don’t have to empty your wallet to experience a boost; any amount will do. “In a 2008 study, people were given either $5 or $20 bills. Regardless of the amount, those who spent the money on others reported feeling happier,” she says.

While the study highlights the effects of financial giving, there are additional ways to feel the warm glow of generosity. Randall suggests using your talents in a charitable manner. “If you are a great chef, preparing meals for the homeless will surely be a big hit for you and the ones receiving your meal,” he explains.

Read more: 17 Ways to Give Back According to Your Strengths

Listen to our podcast: The Giving Way to Happiness, With Jenny Santi

Nicole Pajer is a freelance writer and reporter based in Los Angeles.