“When things get too small in my world, I remind myself to get outside and play.” 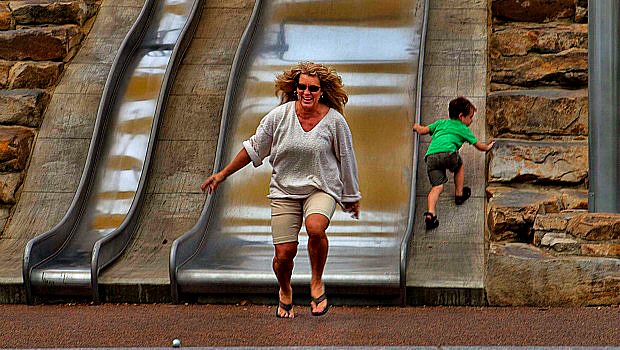 Ona Bouchie knows about the power of play.

“When things get too small in my world, I remind myself to get outside and play,” says the Boston-area yoga instructor. “When you begin to play with others, there’s this incredible connection. We begin to see each other from the inside out, and all of a sudden we’re more like each other than not. After you play and share fun with others, it’s like you become this big turned-inside-out heart.”

The healing power of play

Ona, who focuses her yoga instruction on mentally disabled adults and traumatized military veterans, says that the power of play is as healing as any of the physical movements they do in class.

“Most of my classes are pretty playful,” she says. “I like to have people try something new and see that it’s OK to fall out of a pose and be able to laugh about it. When people have the opportunity to laugh, it lets go of so much. And when I can laugh at myself, I’m not going to take things so personally.”

The science backs it up 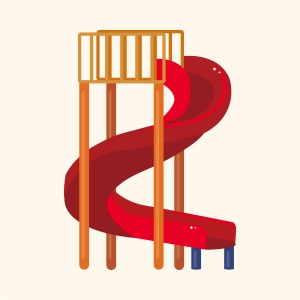 Science backs her up, too; interest in the benefits of play has increased among psychologists and educators as well as in the business world. In a 2009 report published in the American Journal of Play, Peter Gray, a developmental psychologist at Boston College, suggested that our lack of play is creating a business culture of greed and arrogance rather than cooperation and well-being.

Research from the National Institute for Play shows that putting playtime back in their routine can help adults boost creativity, reduce stress, increase brain function and even improve our relationships with others. After years of being on the decline, it appears that play is making a comeback in a big way.

Go out and play

Ona is such a strong believer in the power of play that when she notices herself feeling negative, she makes it a point to get outside and play. “Being childlike means I can be my most fearless self. It gets me out of my head, which is usually the thing that gets me into [a negative situation],” she says.

“Whether that means rolling down a hill or playing on a merry-go-round or climbing a rope—it lets me break down my silly false beliefs and laugh and get in touch with my authentic self. Once you break through those boundaries or constraints of how you’re supposed to behave, it becomes fun.”

A playground for grown-ups

During a fall visit to Cincinnati to celebrate the life of her favorite aunt, Ona brought her relatives to see the Vibrant Playscape, a park designed as a playground for adults as well as children. She was excited to show them the assortment of king-size slides, swings, cargo nets and rock climbing walls.

“I tried to rally my aunts and uncles to play, and they didn’t want to,” she says, “So I decided to just go play by myself.” As they watched, the temptation became too great and, one by one, Ona’s aunts and uncles joined her in playing like children, laughing and losing themselves in the joy of the moment. It changed the entire tone of the day, Ona says.

“There’s a piece of us that really craves the childlike experience,” she says. “But we’ve been taught not to play anymore. When we unlearn that, and wake up the child inside us, it really connects us with who we were born to be. That’s a pretty powerful thing.”

For a more in-depth look at the power of play, see the feature story in the February 2016 issue of Live Happy magazine.