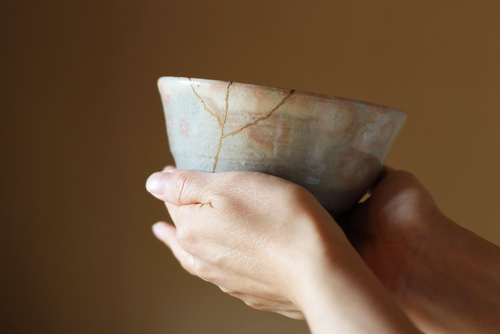 In his book Wabi-Sabi for Artists, Designers, Poets & Philosophers, author Leonard Koren describes the Japanese aesthetic philosophy as “a beauty of things imperfect, impermanent and incomplete.” These succinct words have become the de facto definition of wabi-sabi since he introduced it to the West in 1994.

“If you have an icon of wabi-sabi, it is the Raku tea bowl,” says Leonard, of the rough-hewn ceramic bowls most associated with the philosophy. “It is a kind of shorthand. That tea bowl communicates the continuum of nature.” And although wabi-sabi is deeply rooted in nature, Leonard believes it can be found also in the manmade world. “A classic example is a rusting vintage car from the ’50s that’s been out at the beach for a long time,” Leonard says. The plastic and metal have a way of decaying in an interesting way. “When wabi-sabi was first coalescing, plastic and metal didn’t exist. That doesn’t mean we can’t find it now."

It’s not only possible to have a wabi-sabi home, but also a "wabi-sabi marriage," or perhaps even a wabi-sabi life.

In Japan, wabi-sabi is almost entirely based on aesthetics. You can admire imperfectly round-ish sake cups, or the impermanent glory of rust and orange fallen autumn leaves. But in the West, the concept has blossomed and is used in a more conceptual way. It’s not only possible to have a wabi-sabi home, but also a “wabi-sabi marriage,” or perhaps even a wabi-sabi life.
What can embracing the bumpy imperfection of a ceramic tea bowl teach us about life? As we have learned from mental health experts, when we strive for perfection, we end up disappointed, stressed and unhappy. But if we stop to understand and appreciate the organic decay inherent in nature, and in ourselves, we acknowledge and accept what is. The bowl will someday break. The leaves will die and blow away. Our own bodies will age and return to the ground. It’s all part of the endless cycle of life. So instead of fretting about an unattainable perfection, says wabi-sabi, appreciate the beauty of this moment.
(Visited 111 times, 1 visits today)
Popular Articles