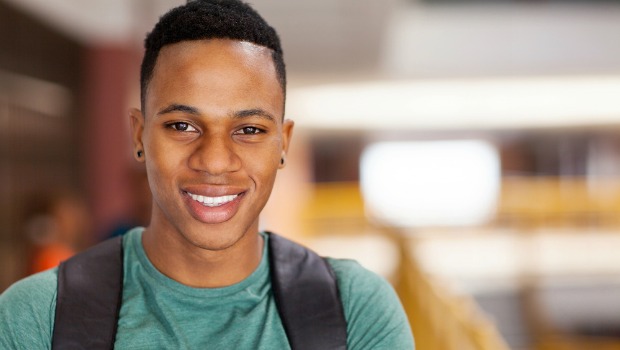 How often do you read a bad-news article and feel powerless to help, disengaged from your community or from the larger world, or too overwhelmed by personal responsibilities to actively respond by volunteering, donating, or carrying on the conversation? Overcome that mental block to get involved and help heal the world.

An Argument for Doing Something More

“Happiness is the absence of striving for happiness.”

So said Chuang Tzu, preeminent Taoist thinker, some 2,500 years ago. Nonetheless, many of us actively seek out happiness in self-help books, courses, new age practices, and with the help of life coaches.

Yet we are constantly bombarded with negative messages: angsty status updates from friends and family on Facebook and Twitter, awful news headlines, and advertising that plays on our worst insecurities. Our response: switch off, log-out, and block.

How often do you read a bad-news article and feel powerless to help, disengaged from your community or from the larger world, or too overwhelmed by personal responsibilities to actively respond by volunteering, donating, or carrying on the conversation? It could be argued that shutting out larger world problems is actually a way of retreating further away from fulfilling your true potential as a person.

Self-actualization is a term originally created by organismic theorist Kurt Goldstein. By realizing your full potential you can reach some sort of enlightenment that allows you to actively live the best life possible for yourself. Let’s specifically reference the 19 Characteristics of Abraham Maslow’s Self-Actualizer.

Maslow’s theory entails 19 unique characteristics he found to be consistent within each of his subjects that have been developed into advice on how one self-actualizes. The foundation of Maslow’s theory is that you not only must understand what is preventing your happiness but you need to face, and resolve, those issues as well. This notion suggests that by avoiding, or retreating, from the issues hindering your happiness you are merely prolonging the process.

The first trait is that of a superior relationship with reality. This means he or she understands that the unknown is a part of reality and not only is he or she comfortable with that but he or she embraces it with open arms.

The next is the idea that he or she simply accepts himself or herself unconditionally. So much so that the whole idea doesn’t even cross his or her mind.

The third coincides with the first in that a self-actualized individual’s behavior is natural and it is not dictated by a forced agenda. In other words, he or she does not take actions simply for the reason of being a plot device that is meant to cause a specific reaction.

Self-actualizers also tend to value their privacy and time alone slightly more than the average individual.

The sixth trait is that of independence from the need for external accolades or praise. A self-actualizer has realized that inner growth and self-development are much more pertinent to life than these things.

Self-actualizing people are able to maintain the appreciation of a child experiencing something new even for the most basic experiences in life. They never allow themselves to feel like they are simply going through the motions.

This is the groove that you get into when you are in your element and your focus has never been better. Self-actualizers allow themselves to reach this state more often than most.

The ninth trait is the characteristic of universal empathy. Self-actualizers feel as though everyone is family and they have a human connection with every individual they encounter.

Self-actualizing people tend to be as humble as they come. They are able to befriend all types of people and could be described as unable to see the superficial differences that are often so important to the average person.

Though they have a connection with mostly everyone, self-actualizers often have small circles of close loved ones. The love they feel for these few is profound and unwavering.

Plain and simple, self-actualizing people have very distinct beliefs on right and wrong and they religiously do what they believe is right.

Self-actualizers are true believers in the saying “a means to an end.” They are fixated on ends and not preoccupied with the means.

They are not amused by hostile, superiority, or authority-rebellion humor and don’t usually consider what the average individual finds to be funny to be funny.

Maslow simply states that this is a universal trait throughout all people who were studied. But basically, self-actualized people find outlets where they can successfully exercise their creativity.

Self-actualizers naturally resist enculturation and maintain a distance from the culture they are immersed in. Due to their non-bias nature in all facets of life it makes it difficult for them to be consumed by such a subjective matter.

It is important to note that self-actualizers are not perfect. They have negative and mundane characteristics just like everyone else, but they are aware of them and use that knowledge to their advantage.

Self-actualized people have a strong set of values that they keep close to their heart. These beliefs tend to indoctrinate their lives so that everything they do fits within them.

The final trait is the idea that the line between selfishness and selflessness disappears because in reality every act is both selfish and selfless.

Now, before you start to worry about having all of these traits yourself, remember that this was one man’s conclusion from one study. It’s difficult to say that all self-actualized people have all 19 of these traits all the time. After all, doesn’t trait number six claim that a self-actualizer wouldn’t be bothered by Maslow’s classification anyway?

The point is that all of these traits have one theme in common: they are all choices that can be made. You can choose whether or not to be terrified by the unknown, whether you want to be limited by society’s standards, limited to your daily responsibilities, or whether you want to take a little leap of faith and start doing something more. Instead of striving for immediate happiness, we might reframe our feelings of discontent in the face of terrifying news headlines and remember that we are part of it, we are connected, and there is someone, somewhere who we could lend a hand to in some small, manageable way.

Once you know what you feel would make the future a little better for the world, following through, reaching out to people, nonprofits, and community groups and offering a little time or expertise or money is a tangible step toward achieving self-actualization.

Phillip Sontag is an editor at Idealist, currently one of the world’s preeminent organizations for connecting nonprofits worldwide with more than a million people each month who can imagine a better future. Visit Idealist.org to find out more.