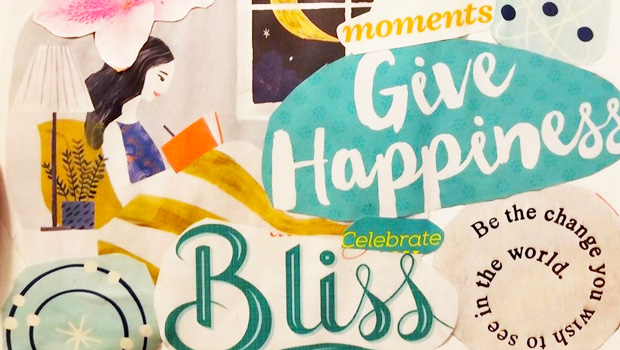 All collages courtesy of Caren Enderle.

Seventh-grade math teacher Caren Enderle wants to spread some joy in the world. Each month, a group of her friends from three states—Kentucky (where Caren lives), Ohio and Indiana—gather to chat, drink adult beverages and create a different craft. 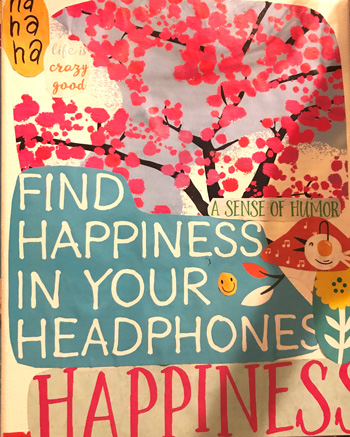 “We call the group stichin’ and bitchin’,” she says, laughing. Despite its name, the goal of the group is quite positive—to uplift each other and connect. When it was Caren’s turn to host the event, she decided to make inspiration boards filled with positive messages from the pages of Live Happy magazines.

At first, it was tough for her to part with her vast collection. “I love Live Happy magazines. They are so pretty. I bring them into my classroom and let the kids read them, but I’d protect them, never letting kids take them home or cut them up,” she says. Caren figured more people could benefit from the encouraging words found in Live Happy by sharing the magazines as part of her craft project. 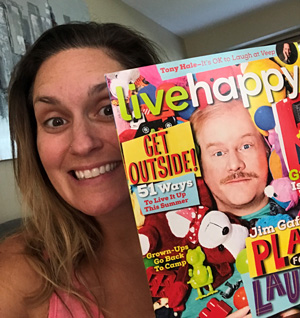 Add Mod Podge glue, foam brushes, blank canvases and scissors and she was all set. According to Caren, her friends loved the project—and the magazines. “We looked to see how many words or images we could find that expressed being blessed or having gratitude,” she said. Caren was thrilled with the results. 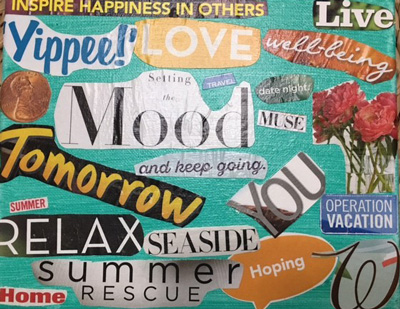 “When I saw the finished inspiration boards, I started to tear up. So many of us are struggling with the same things,” she says. “We all get depleted and need to be recharged. We all need reminders that it’s okay to fail, as long as we try again the next day to be the best version of ourselves.”

Caren noticed common themes about resilience and the power of having a positive mindset. The boards featured short sentences and phrases intended to inspire perseverance with a positive outlook.

Too blessed to be stressed.

See it. Believe it. Achieve it. 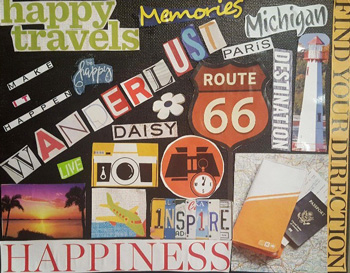 Caren creates inspiration as a daily practice. With neon chalk she writes positive messages on her bathroom mirror to read each morning.  “It helps tap into the power of the mind,” she says. “I am not the most positive person in the world, but I am learning to become more positive and have a growth mindset.”

She even decided to make inspiration boards for the teachers in her school. “I wanted to share the inspiration and gratitude practice with others. Now they are all on display in their classrooms.” 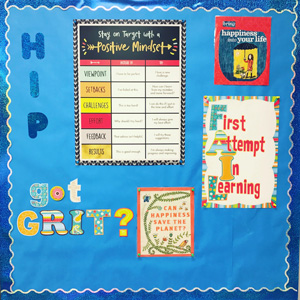 As a parent, teacher and friend, Caren believes in being an ally and an advocate. “Putting that positive stuff in takes the negative stuff out,” Caren says. “There’s too much negativity in the world. I want to combat it a little.” 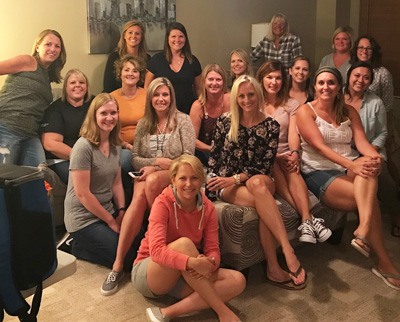 (Pictured: the "Stitchin and Bitchin'" ladies of Kentucky, Indiana and Ohio.)

Sandra Bilbray is a contributing editor for Live Happy, and the CEO and owner of themediaconcierge.net.