The Power of the Pen

The benefits of handwriting are clear even in our technological world. 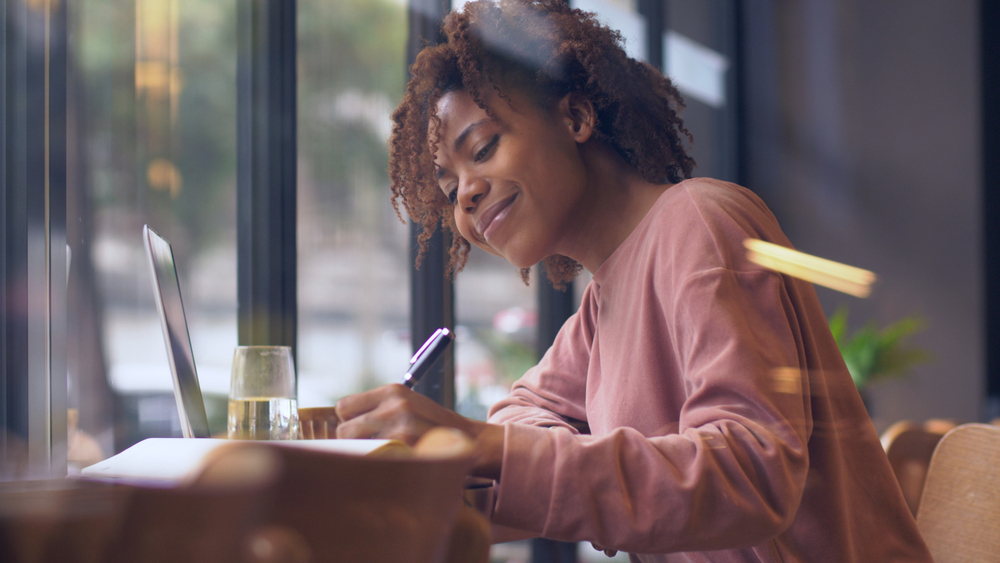 The benefits of handwriting are clear even in our technological world.

In 2009, Gina Mulligan was diagnosed with breast cancer. As word spread to friends and family, dozens of handwritten letters and cards of encouragement began pouring in, many from people she’d never met.

Before long, Gina looked forward to the mail’s arrival each day. The mailman typically delivered late in the afternoon, following her radiation therapy treatments, causing her to approach her sessions with a hint of excitement as she anticipated what might be coming that day.

“I would read the letters and just relax after treatments that were so scary,” Gina says. “There was this warmth from being surrounded physically by these cards and letters.”

Fast-forward two years: With active treatment behind her, Gina wanted to give back to other women who might not have the support she did. In August 2011, Gina founded Girls Love Mail, a nonprofit whose army of volunteers writes and sends handwritten letters to women who have been newly diagnosed with breast cancer. To date, the organization has distributed some 141,000 letters to women across the United States through its partnering cancer centers and programs.

“I realized how powerful it is to get something handwritten,” Gina says. “Those letters were part of my healing.”

Though she also received heartfelt emails and social media messages, those didn’t impact her in the same way. “I didn’t print the emails out,” Gina says. “A handwritten letter is more than just the words. It’s the stationery, the ink—all of those personal touches that really come through when it’s written by hand.”

Mary Savig, curator of manuscripts at the Smithsonian Institution’s Archives of American Art—which contains hundreds of thousands of handwritten letters from artists and art-world figures—chimes in: “People have very physical responses to handwritten letters, whether you’re the writer or the receiver. You can really feel the presence of an author in a way that’s difficult to translate in a lot of other media.”

But in this age of smartphones, tablets and laptops, it may seem like writing by hand is taking a backseat to these time-saving technologies.

“It’s novel these days to write by hand—to do something manually,” says Pablo Tinio, associate professor of education foundations at Montclair State University and co-editor of Psychology of Aesthetics, Creativity, and the Arts.

That makes you wonder: How can we benefit from setting our screens aside and jotting down our thoughts on paper?

A 2003 study published in the Journal of Experimental Social Psychology suggests that an object’s quality is determined by the perceived amount of effort that went into its production. Researchers conducted three experiments in which undergraduate students were asked to judge the quality of a poem, paintings, and medieval arms and armor.

In each experiment, researchers manipulated the perceived effort invested. For example, they told one group of participants that the poem took the writer four hours to compose, while informing a second group that it took 18 hours to complete. The results? Participants rated the objects that required more effort higher in quality each time.

“There seems to be an intuitive sense, both from the maker and the receiver, that higher value is placed on something that takes more effort,” Pablo says.

That helps explain why handwritten notes often resonate on a deeper level with recipients than those that are typed or emailed, just as they did for Gina.

“It’s the difference between writing a condolence email versus a letter,” says Abby Smith Rumsey, historian and author of When We Are No More: How Digital Memory Is Shaping Our Future. “Writing signals a kind of intentionality that mechanical means don’t have. People who receive letters know that the person who sent it made lots of choices: the paper, ink, color of ink, the words. They know the person thought about what they were saying before they wrote it because there’s no autocorrect.”

But it’s not just the recipient who benefits, as psychotherapist and corporate consultant Maud Purcell points out. “The act of writing clarifies your thoughts and feelings,” she says. When you write a note to a loved one, Maud says, you may be empathizing with them in your mind and heart if there’s something going on with them. “If in writing a letter you’re showing concern for them, if it gives you a sense of connectedness because you’re sharing your own experiences with them—all of these things are very healthy.”

Undoubtedly, the ability to send emails or quickly type on our keyboards has positively impacted our lives—but the proven benefits that accompany handwriting can’t be overlooked.

Exhibit A: journaling, a method of self-expression that Maud says can be any kind of writing—anytime, anywhere. The value comes as you’re able to get in touch with your thoughts and feelings. “The act of writing brings things that are just below the surface of consciousness to the fore,” Maud says. “If you sit down every morning and write your thoughts and feelings in a stream-of-consciousness way, you may end up inadvertently solving a problem you’ve been wrestling with.”

The reason? Writing activates the left side of the brain, which is analytical and rational, Maud explains. While the left brain is engaged, the right side is free to intuit and feel. “Journaling allows the creative part of the brain to kick in so that when we’re not thinking, answers can come to the fore,” Maud says. “Not to say that there’s still not value in the keyboard, but the physical act of writing is more impactful and brings more to the surface. There’s a kind of catharsis that comes with it.”

Not to mention the role handwriting plays in learning: Studies have revealed that writing notes by hand helps students better retain information, and some experts believe cursive writing can help kids with dyslexia learn to read more easily.

Virginia Berninger, professor emerita of educational psychology at the University of Washington, researched the effect handwriting has on the brain. In a five-year study of children in first through seventh grades, she found that printing, cursive writing, and using a keyboard each make unique contributions to the literary process.

“When you write by hand, you have to form the letter stroke by stroke,” Virginia says. “It’s that production that helps our perception of letters in reading.”

The idea that production improves perception can help explain the results of a 2008 study in the Journal of Cognitive Neuroscience. Researchers found that adults had an easier time recognizing new characters—like Chinese and math symbols—after writing them with pen and paper than they did after producing the characters on a keyboard.

“The bottom line is we need to develop kids that are hybrid writers who can print, do cursive, and type,” Virginia says, “because each one of these has its benefits.”

The tension between handwriting and technology isn’t new: Other forms of technology, including the typewriter and telephone, were also once poised to destroy handwriting.

The good news? There’s a place for both, as the invention of digital pens—which allow users to scrawl handwritten notes on digital devices—shows us.

“While writing letters will probably never be our primary means of communication again, that doesn’t mean we can’t ask handwriting to do different things for us,” Mary says. “I remain optimistic about handwriting—it’s probably not going anywhere.”

It seems handwriting has a sort of gritty staying power, and whether we’re scribbling a thank-you letter, penning a journal entry, or learning a new language, we can continue to reap the benefits of this ancient practice that has the ability to reveal our personality, connect with others, calm our minds, and learn easier all at the same time.

Take it from Gina, who recalls the power one simple letter can hold: “I received a short note from a woman who told me that I was amazing just the way I was,” Gina says. “Her words were comforting and gave me strength—it was very healing to be told it was fine to just be myself.”