Bill McKibben Is Trying to Save the Planet

Bill McKibben has been at the forefront of the environmental movement for decades. Find out what drives his singular passion. 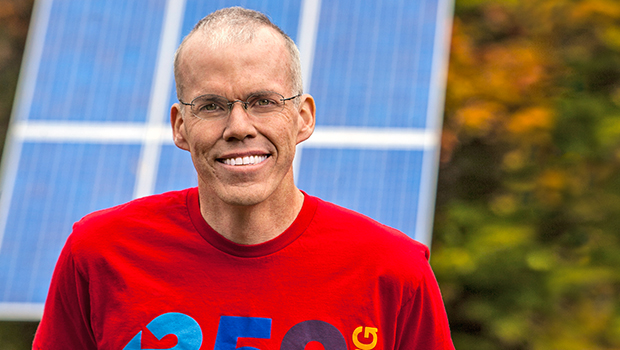 A sustainable environment is at the root of his passion.

Many of us who grew up bribing our moms to drive us to the movies in the family gas guzzler and merrily spraying ourselves with insecticide at camp had no idea that, molecule by molecule, we were tossing damaged carbon particles into the atmosphere and contributing to a larger global problem.

Fortunately, while so many of us were picking out a new shade of petroleum-based nail polish at the dime store counter, Bill McKibben, a tall, lanky kid from Boston, was hiking with his dad through the mountains and falling in love with the beauty of the planet’s forests, lakes, mountains and deserts.

What we do matters

That love, plus an avid curiosity and a sharp intellect that demanded to know how and who and why about everything, have thrust Bill into the forefront of a worldwide movement to reduce carbon particles thrown into the atmosphere by deforestation, aging agricultural practices, idling cars, home furnaces and fossil fuel-burning industries.

His awareness of the sheer physicality of the universe—and how we are impacting it on a daily basis—reached critical mass after he finished college and went to work for The New Yorker in Manhattan.

Getting in touch with the physical world 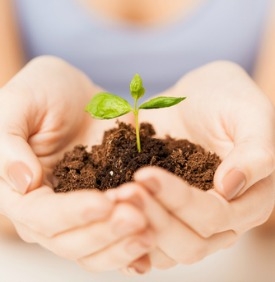 “I wrote a long piece about where everything in my apartment came from,” Bill says. “I followed the electric lines back to the oil wells in Brazil and the uranium mines in the Grand Canyon, traced New York’s water system, on and on.

It taught me that the world is a remarkably physical place, which is a lesson that’s easy to forget. That set me up nicely for reading the early science on climate change in the 1980s and recognizing the planet’s vulnerability.”

It also gave him a purpose, one that drove everything he did from the minute he got up in the morning until he went to bed at night, and lit a passion within him to share what was happening to the planet with every one of us.

Passion for the planet

Bill’s passion to save the planet also led him to big questions—“How much human intervention can a place stand before it loses the essence of its nature?”—and to a purposeful exploration of one strategy after another: simple living, alternative energy, locally sourced food, birth control, new ways of living off the land.

Eventually, his belief that the planet could be saved by such seemingly simple practices led him to take action. So he and a group of friends took to the streets and founded the climate change organization 350.org. In the past few years, the organization, with Bill at its helm, has organized more than 15,000 rallies in nearly 200 countries, including the People’s Climate March in New York just before the U.N.’s September climate change summit.

The group’s tactics are working. They’ve helped raise the whole concept of sustainability to a national debate and have attracted enough attention that decision makers are hearing the roar. In one case, that roar helped convince the World Council of Churches, which represents 500 million Christians in 110 countries and territories around the globe, to dump its investments in fossil fuels.

While some don’t agree with some of Bill’s stances, his efforts have won accolades from others. He received the Right Livelihood Award, considered the “alternative Nobel,” in 2014 and has been named the Schumann Distinguished Scholar in Environmental Studies at Middlebury College, a fellow of the American Academy of Arts and Sciences, the 2013 winner of both the Gandhi Prize and the Thomas Merton Prize—and Foreign Policy, a journal, named him to its 2009 list of the 100 most important global thinkers.

Bill continues to move forward boldly and with purpose to achieve even more.