No matter your life story, you can be joyous and free, says a 91-year-old psychologist and Auschwitz survivor. 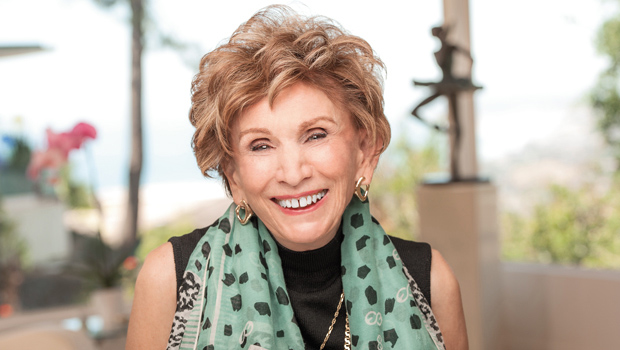 No matter your life story, you can be joyous and free, says a 91-year-old psychologist and Auschwitz survivor.

Chatting from her home in La Jolla, California, the morning after her 91st birthday, Edith Eva Eger is ebullient as she recounts the celebration she shared with good friends. She cut slices of celebratory tiramisu for everyone but took only a bite herself. “I have really bad scoliosis,” she says, “and if I gain weight that cuts down on my mobility and my freedom.”

Her curvature of the spine aside, Edith still goes out swing dancing once a week with 93-year-old Eugene Cook, “the dancing partner and soul mate” she met through her acupuncturist. And she maintains her practice as a clinical psychologist. “I am the happiest I have ever been,” she says. “I feel younger today than I did 50 years ago.”

That statement coming from any nonagenarian would be notable. But, in light of Edith’s history, it’s remarkable. She was born in Hungary, and as a teenager in the 1940s she was a serious student of ballet and a gymnast training for the next Olympics. But her dreams of winning a medal for her country were smashed when she was told that as a Jew she was no longer qualified to be part of the Olympic team.

Not long after, when Edith was 16, she and her family were herded into a wagon and then onto a train, crowded with Jews, and sent to Auschwitz. While her mother was being sent to the gas chamber, camp doctor Josef Mengele, the “Angel of Death,” would order Edith to dance for him. She closed her eyes, heard strains of Tchaikovsky and imagined she was dancing Romeo and Juliet in the Budapest Opera House. As she performed pirouettes, her mother’s last words echoed: “We don’t know where we’re going. We don’t know what’s going to happen. Just remember, no one can take away from you what you put here in your own mind.”

A few months later, Edith and her sister Magda would be part of the death march from Mauthausen to Gunskirchen. As she recounts in her newly published memoir, The Choice: Embrace the Possible, out of the 2,000 famished people who marched, only 100 survived. Many fell into ditches along the way; others, too weak to keep moving, were shot on the spot.

The sisters would overcome even more remarkable odds. On May 4, 1945, after a year in the camps, Edith, her back broken—a cause of her lifelong scoliosis—and weighing just 70 pounds, was pulled from a pile of corpses by American soldiers. Few had made it to this day of liberation; of the 15,000 people deported from their hometown, Edith and Magda were among fewer than six dozen who survived.

Edith would go on to marry Bela, a Slovakian she met on the train to a tuberculosis hospital. They immigrated to the United States, penniless and not speaking a word of English. She was undeterred. While raising three children in El Paso, Texas, Edith became a teacher, was named Psychology Teacher of the Year in 1972 and, then in her 40s, she earned her doctorate in psychology. “I needed to discover what life expected of me,” she says. She also wanted to understand how people could both meet everyday challenges and survive devastating experiences. “How could I help people to transcend self-limiting beliefs,” she asked herself, “to become who they were meant to be in the world?”

A Therapy Built on Choice

In graduate school, Edith was inspired by the work of positive psychology pioneer Martin Seligman, Ph.D., and that of Albert Ellis, Ph.D., who is considered one of the founders of cognitive behavior therapy. She developed her own approach to working with patients, which she calls Choice Therapy, for choosing compassion, humor, optimism, intuition, curiosity and self-expression.

“Every one of us every day can reach for the Hitler within us or to the love within us,” she says. That means, she says, choosing not only to act with kindness toward others but also toward oneself. “It’s important to pay a great deal of attention to self talk,” she says. “When you go to the bathroom in the morning you can look in the mirror and say, ‘It’s going to be another crappy day.’ Or, you can say, ‘I’m going to honor myself, treasure myself, cherish myself and I can make a difference today.’ Practicing love and kindness can be as simple as making eye contact when you go to the grocery store.”

Edith’s own impact has been deep. She’s become a renowned specialist in treating patients suffering from post-traumatic stress disorders and is a consultant in resiliency training to the U.S. Army and Navy. As Mark Divine, a retired U.S. Navy SEAL commander and author of The Way of the SEAL, has written in endorsing The Choice, “I would take Edie Eger on an op with me any day.”

Ask Edith how long it took her to write her memoir and she’ll tell you it’s taken a lifetime, “and a lot of pain, a lot of tears.” It wasn’t, however, until 11 years ago, when her first great-grandson, Silas, was born and she was approaching 80 that she thought seriously about telling her story. “I thought one day the book will be in his library for his children to read when they want to know about great-great-grandma.”

The Choice has been met with rapturous reviews; The New York Times, for one, proclaimed it “mind-blowing.” But more important than accolades for Edith is the hope that, by bearing witness to her own experience and sharing stories of her patients’ triumphs over trauma, the book will be a tool for healing.

“Suffering is universal,” Edith says. “Victimhood is optional.” We’ll all inevitably face some kind of affliction, calamity or abuse. We often have little or no control over these outside circumstances. But, she says, “Victimhood comes from the inside. We become victims not because of what happens to us, but when we choose to hold on to our victimization.” We develop, she says, a “victim’s mind”—thinking and actions that are rigid, blaming, pessimistic, stuck in the past and unforgiving. As for herself, Edith says, “I will not forget my time in Auschwitz, but I don’t live there. I call it my cherished wound, because it’s a part of whom I’ve become today.”

Edith Eger on how to break out of a victim’s mindset.