Mihaly Csikszentmihalyi has dedicated his career to the study of what he calls flow, the state of being fully engaged in the activity of the moment. 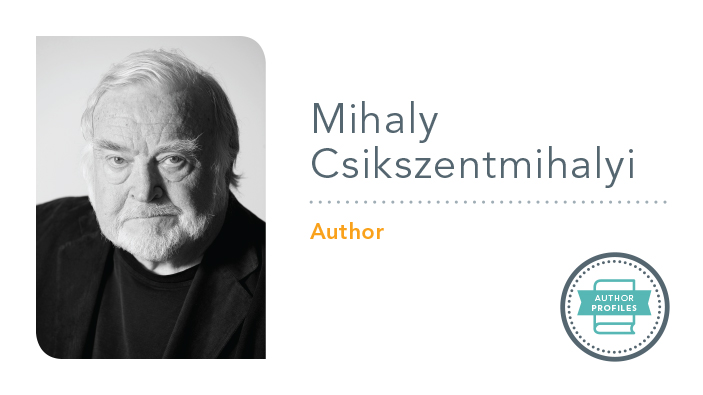 Directing us to find our state of flow

Mihaly Csikszentmihalyi (pronounced cheek-sent-me-high), called simply Mike by his friends and colleagues, had dedicated his career to the study of what he called flow, the state of being fully engaged in the activity of the moment that is shared by great artists engrossed in their work, teenagers absorbed in a complex videogame sequence, or new lovers in each other’s company.

Son of a Hungarian ambassador to Rome, Mike had spent his fairly idyllic childhood in Rome in the 1930s, but the tranquility of those years was soon shattered by the miseries of World War II. He was surprised to see how successful, self-confident adults suddenly became helpless and dispirited as their social supports were shorn away by war and its aftermath. “Without jobs, money or status,” he recalls, “they were reduced to empty shells. Yet there were a few who kept their integrity and purpose despite the surrounding chaos. Their serenity was a beacon that kept others from losing hope.”

These observations sparked the young man’s curiosity. What was it that made some people so resilient while others gave in to despondency?

When the war ended in 1945, Mihaly was just 10 years old. In the years that followed, he devoured books on philosophy, history and religion, seeking answers to the puzzle of human nature. He became interested in psychology after hearing a lecture by Carl Jung, who he says viewed the human predicament “with an unflinching yet hopeful gaze,” and immigrated to the United States at the age of 22 to pursue his studies.

Mike would eventually find a kindred curious spirit in Martin Seligman and the two of them would spearhead a movement to a more positive psychology.

Now, for more than 35 years Mike has been involved in research on topics related to flow. He is the author of Flow, Beyond Boredom and Anxiety, The Evolving Self and Creativity, and is co-author of The Creative Vision, The Meaning of Things and Being Adolescent. He is the C.S. and D.J. Davidson Professor of Psychology and Management at Claremont Graduate University in Claremont, Calif., and director of the Quality of Life Research Center (QLRS), which he founded in 1999. The QLRC is a non-profit research institute which conducts research on a wide range of cutting edge issues in positive psychology, and provides a forum for scholars from all across the globe to extend their research and studies in positive psychology.