Nicholas Kraft, one of the filmmakers behind the movie Pursuing Happiness, shares the origin story of this in-production documentary. 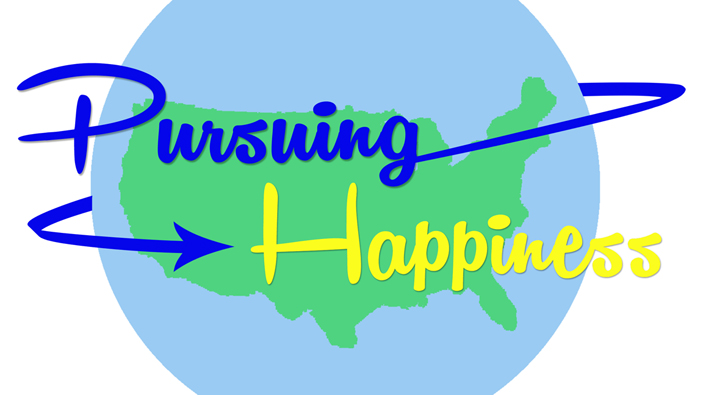 I've always been fascinated with how things came to be, for the "how" is usually just as interesting as the "what." I'm not alone in this feeling; it's why Hollywood makes prequels and why there are so many "behind the scenes" TV shows—people love origin stories! So allow me to get a head start on the Pursuing Happiness Mythology, for although this film is not about Adam or myself, you may still want to know how a 23-year-old unemployed college graduate and a 38-year-old father of two teamed up to make a documentary about their pursuit of the happiest people in America. 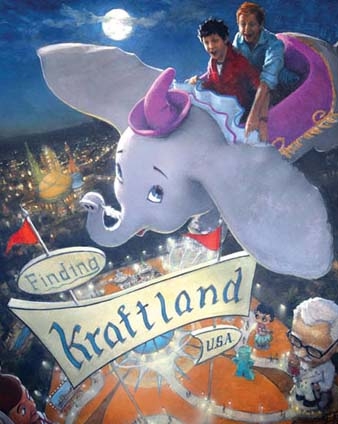 Like all good myths, the exact time and location of inception is unknown, but it was sometime during 2006 that the Pursuing Happiness seeds were planted. Adam, my father and I were touring with our documentary, Finding Kraftland, which is best described as "the world's most overproduced home movie." Every time we screened the film, audiences would comment on how inspiring the film was; my father's lust-for-life attitude and never-ending pursuit of joy had a real impact on people. On several occasions, they would stay past the screening to talk to us and figure out what exactly was in the water at Kraftland.

These experiences were incredibly flattering for my father and me, but they had a different impact on Adam. I'm not sure exactly when the idea for Pursuing Happiness came to him—it may have been while we screened in a yurt at the Mt. Rainier film festival, or when the fire alarm went off during our screening at the Santa Barbara International Film Festival and no one left their seat because they were so enthralled—but at some point, he realized that if a film about one exceptionally happy person can impact so many people (they were willing to risk their lives to watch it!), then a film about dozens of exceptionally happy people, from varied walks of life, could have an even greater effect. 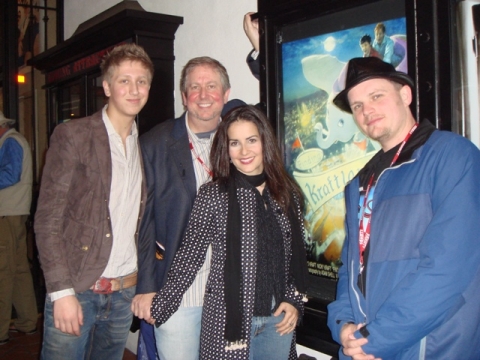 Whether or not Adam knew then that he'd go on to make that film with the then 16-year-old star of Finding Kraftland (me) is unknown, but I certainly never would have dreamed that I'd be spending 24 hours a day with Adam—for weeks on end—packed in a car filled with film gear and littered with stacks of scholarly articles on the psychology of happiness.

In fact, even when I was working for Adam's production company the summer after graduating college, I never imagined that would be my not too distant future. I had made plans to spend a year in Japan, learning the language, experiencing the culture, and doing a lot of soul-searching. 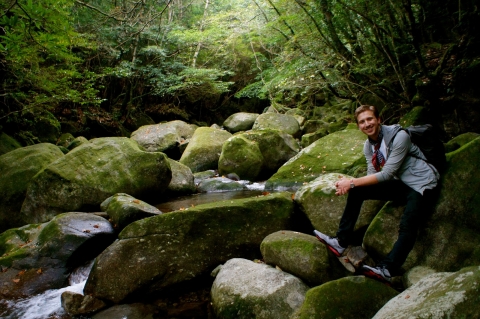 But it didn't take quite as long to search my soul as I had planned (either I was efficient, or I don't have a very big soul…) and three months after arriving in Tokyo, I returned to Los Angeles with the goal of joining Adam in his quest for the happiest people in the country. It was an idea he had been bouncing around for years, "Pursuing Happiness, from prostitute to priest" he'd always say, implying he wanted to run the gamut of interviewees, but life (wife, kids, other projects) seemed, until this point, to get in the way of this quest. Luckily, at 23, there wasn't much "life" to prevent me from traveling the country and interviewing complete strangers, and within a few weeks of returning to America, Adam and I were on the road!

It didn't occur to me until just now, but in many ways, this journey is the next logical step after touring the country with Finding Kraftland. We played major festivals in large cities as well as trekked into the woods to screen at ma and pa festivals where we were delighted to find a handful of eager faces in the audience—we met and inspired people all across this vast nation from different walks of life. Now, Adam and I are once again traveling this country to hear the stories of the types of people who would be drawn to a wacky film about one extremely happy guy. In fact, we've already arranged interviews with some of the friends we made during the tour of Finding Kraftland. Funny how things work out.