Two recent workbooks make positive psychology accessible for teens–perhaps the people who need it most. 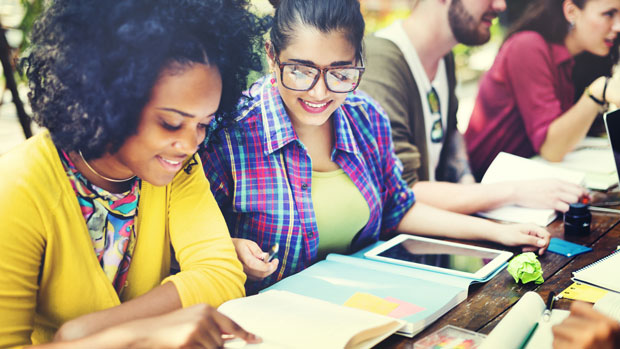 Is there any time in life when perseverance and self-control are more crucial—and yet less in abundance—than during the teenage years? In adolescence, brains go through changes that can make teens act impulsively. Meanwhile, changes in hormones cause moods and emotions to go haywire. How can positive psychology fit into this chaotic mix to help teens regain a sense of balance and purpose during this confusing time?

Two new positive psychology books have recently emerged that are aimed squarely at teenagers—perhaps the people who need it the most. The Grit Guide for Teens by Caren Baruch-Feldman, Ph.D., inspired by Angela Duckworth and her lab’s research on grit at the University of Pennsylvania, translates principles of goal-setting, resilience and living with purpose for the under-20 crowd. Instead of making teens wade through pages of research, stats and tables, the workbook offers quick explanations of concepts followed by hands-on exercises that bring the ideas to life. Molly Dahl’s Youth Positive is also a hands-on workbook, but it addresses many different aspects of positive psychology. Aimed at the high school level—primarily 11th and 12th grades—it is already being used as a teaching tool in many classrooms in Nevada and California.

Before writing The Grit Guide for Teens, Caren, an energetic school and clinical psychologist in New York, always saw herself as a gritty person. “I had always been very gritty about academics,” she says, “but not in terms of my wellness.”

A few years ago, Caren decided to put her own grit to the test. Using a combination of goal-theory, CBT (cognitive-behavioral therapy) and every other bit of willpower and grit research she could get her hands on, she used herself as a grit-and-purpose guinea pig and succeeded in losing 25 pounds. Her greatest asset was “coming from ‘a place of yes.’” Meaning, focusing on the benefits of losing weight as opposed to the deficits of dieting.

On her blog, Caren began to write about issues such as, “How do you actually get people to make a goal, stick to a goal, and achieve a goal?” She found it was easier coming from “a place of yes.” As a school psychologist, her first instinct was to bring what she had learned to young people.

Changes in the classroom

Youth Positive author Molly also was eager to share her findings with students. She was an educator for 15 years who decided to get a certificate in positive psychology from the Wholebeing Institute. “I just started to feed little parts of what I was learning to my students and they loved it,” she says. So during her last two years of teaching, Molly began adding positive psychology into her regular curriculum, “and their scores went up across the board for all of my classes.” Pretty soon students and faculty alike were clamoring for a book.

Teens need positive psychology, she says, “because they are so bored in school. They get really interested when someone asks, ‘Tell me the best thing about you.’ All their lights go on.”

She believes that giving them tools early on will help them make better life decisions. 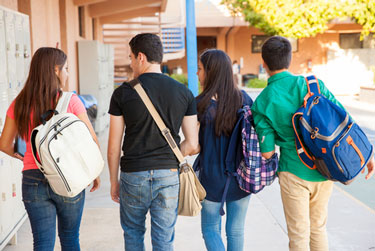 “I have two teens myself,” she says. “I feel like there is a lot of anxiety for teenagers today; the world feels very competitive and tough. This generation everything feels like everything needs to be immediate and now. The whole idea of waiting for something has been eliminated.”

According to Caren, working on grit can help teens develop delayed gratification. “They need help working on the long-term planning and goal-setting part of their brains. This is really important.”

How can teens become more gritty?

One problem a lot of psychologists have with the concept of grit is that it often seems like it’s something you are either born with, or not. You either eat that marshmallow right away, or you don’t. But Caren sees it differently. Here are the three ways she recommends that teens can develop grit: 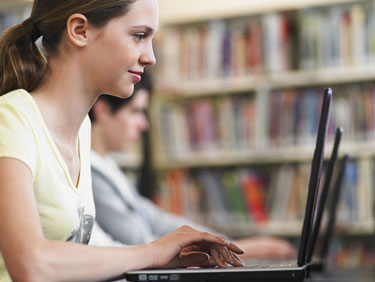 Learning their own self-worth

According to Molly, some of the most important things teens can gain from reading and doing the exercises in Youth Positive are:

Though aimed at teens, both books have resources for teachers and parents in the back—and both could also be used by adults who are looking for hands-on lessons in positivity!

The Grit Guide for Teens is available at Amazon and wherever books are sold. For more resources, videos featuring teens themselves and information about the book, check out Caren’s website.

Order your copy of Youth Positive, find information for teachers and administrators and find more resources and videos on Molly’s website. An edition for middle schoolers is also available.

Listen to our podcast: How to Raise Positive and Gritty Teens, With Caren Baruch-Feldman and Molly Dahl

Emily Wise Miller is the Web Editor for Live Happy. Some of her recent articles include 9 Tips to Be Happier Working from Home and 4 Ways to Stay Engaged With Lifelong Learning.