In fairy tales, lasting love just happens. But in real life, healthy habits are what build happiness over the long haul. 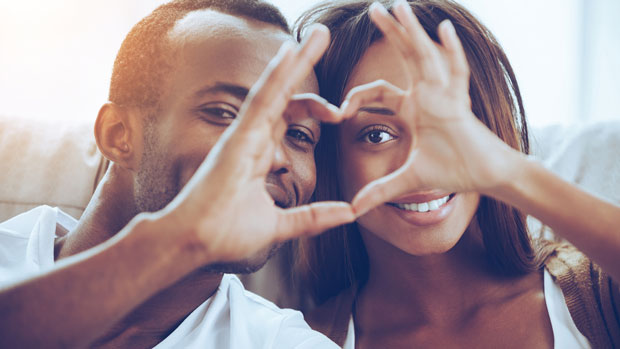 New book sheds light on the role of positive and negative emotions in relationships. 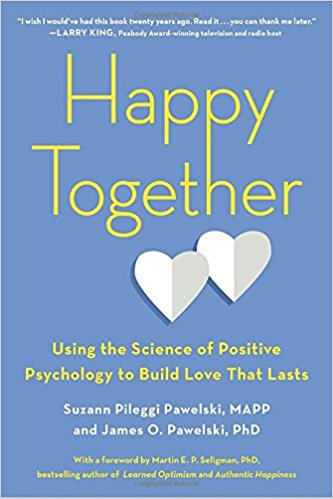 In fairy tales, lasting love just happens. But in real life, healthy habits are what build happiness over the long haul. What follows is an excerpt from Happy Together: Using the Science of Positive Psychology to Build Love That Lasts. Written by positive psychology experts and husband-and-wife team Suzann Pileggi Pawelski and James O. Pawelski, this is the first book to explain how you can use the principles of positive psychology to create thriving romantic relationships.

As important as positive emotions are for us as individuals, they may be even more important for our relationships. They help us forge strong connections with others by breaking down boundaries that separate us from each other. By broadening our attention in ways that help us see ourselves as less distinct from others, they allow us to create all kinds of relationships, including romantic ones. When we are in romantic relationships we desire to expand ourselves by including our partner or spouse within our self and we associate that expansion of our self with the other.

Overlapping Circles of Self

This influential self-expansion model of love is based on the research of leading relationship scientist Arthur Aron, professor of psychology at Stony Brook University. Aron argues that self-expansion is a catalyst for positive emotions. He and his colleagues use pairs of overlapping circles to ask couples about their relationship quality. On one end of their scale, the pair of circles does not overlap at all, and at the other end, the circles overlap almost completely.

The researchers have asked thousands of couples to pick which pair of circles best depicts how they feel about their relationship. The more overlap an individual feels with his or her partner, the better the relationship is likely to fare. This simple measure has been more effective than more complex surveys and interviews at predicting which couples will stay together and which will break up.

While self-expansion triggers positivity, Barbara Fredrickson, Kenan Distinguished Professor at the University of North Carolina at Chapel Hill and the leading researcher on positive emotions, finds it works the other way around, as well. In a variety of experiments, she has found that even lab-induced positive emotions can help people see more overlap between themselves and others. These emotions can help people feel closer and more connected to their loved ones. And the more you continually kindle positive feelings in your relationships, the more connected and happy you feel overall.

Another way positive emotions can enhance relationships is through contagion. Just as we can pass colds along to our partners through physical contagion, so we can pass along our feelings to our partners through emotional contagion. Ever notice how when you spend time with your partner, you often wind up feeling the emotions he or she is experiencing? Emotional contagion is rather complex and often happens below the level of our consciousness. It results from the fact that we are built to mimic each other. As infants, we start mimicking our parents soon after we are born, behavior that is critical for our development and constitutes a primary pathway to learning and growing throughout our lives. Emotional contagion results from our tendency to copy or synchronize our facial expressions, vocalizations, postures, and behaviors with those around us, and as a result take on their emotional landscape. 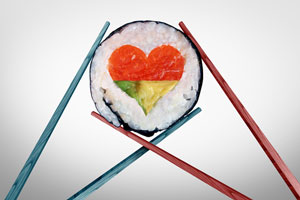 So although the underlying processes are different, we can talk about catching emotions from others, just as we can talk about catching their colds. And just as there are those who are more susceptible to catching colds from others, there are those who are more sensitive than others to their emotional environment, and thus more likely to pick up the emotions of those around them. This experience, of course, is even more common than the common cold. How many times have you found yourself in a situation in which you are doing fine, but then you spend some time with a partner who is not doing fine? Soon you begin picking up the other person’s negative emotions, and before you know it, you are not doing fine, either. Your partner’s negative emotions have spread to you, and you are now feeling them yourself.

Researchers have studied this phenomenon by various means and have documented ways in which emotional contagion can result in behavior change. One such researcher is Sigal Barsade, now professor of management at the Wharton School at the University of Pennsylvania. She and her colleagues conducted an experiment with ninety-two college undergraduates, bringing them into a lab and randomly assigning them to twenty-nine groups of two to four students each to simulate a managerial exercise. In some of the groups, she also included a research confederate, an actor trained to display a negative mood. Before beginning the managerial exercise, participants completed a mood questionnaire rating how they felt right at that moment. Each participant, including the confederate, took turns giving a presentation. Immediately afterward, participants completed another questionnaire with the same mood items they had rated previously. They were also independently rated by video coders trained to recognize emotion through facial expression, verbal tone, and body language.

Sure enough, the groups with the research confederate became more negative over time, with lower levels of cooperation, decreased perceived performance, and more conflict as compared to the other groups in the study. . This indicates that negative emotions can not only spread to those around us but also negatively affect behavior and performance. This study and others like it show us how important it is to be aware of our emotional states. The negative emotions we are feeling can easily spread to our partners and this can affect not just how we feel but also how we behave. 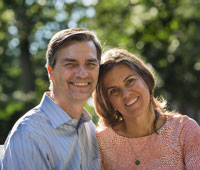 Happy Together: Using the Science of Positive Psychology to Build Love That Lasts by Suzann Pileggi Pawelski, MAPP and James O. Pawelski, Ph.D. © 2018 by Suzann Pileggi Pawelski and James O. Pawelski. TarcherPerigee, an imprint of Penguin Random House LLC.
Suzann (“Suzie”) Pileggi Pawelski (MAPP) holds a Master of Applied Positive Psychology degree from the University of Pennsylvania. She is a freelance writer and well-being consultant specializing in the science of happiness and its effects on health and relationships. Suzie blogs for Psychology Today and writes the “Science of Well-being” column for Live Happy, where she is also a contributing editor.
James O. Pawelski, PhD, James O. Pawelski, PhD, is Professor of Practice and Director of Education in the Positive Psychology Center and Adjunct Professor of Religious Studies in the School of Arts and Sciences at the University of Pennsylvania. He is the Principal Investigator on a three-year, $2.5M grant from the Templeton Religion Trust on “The Humanities and Human Flourishing.”
Together, Suzie and James give Romance & Research® workshops around the world. Go to buildhappytogether.com to interact with the authors.
(Visited 753 times, 1 visits today)
Popular Articles