Celebrations of Happiness Past

Professor Darrin McMahon provides a historical perspective on the celebration of happiness. 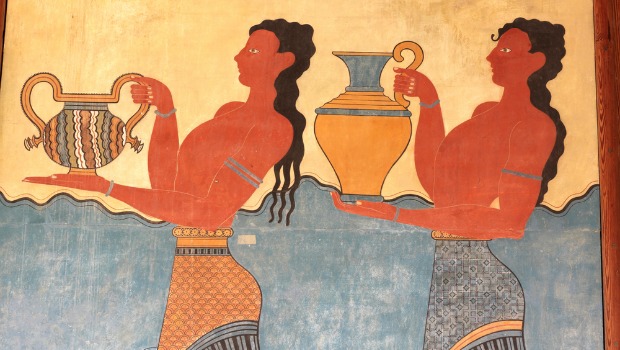 International Day of Happiness has some deep history behind it

“Happy Birthday” trips easily off the tongue, along with “Happy Holidays” and “Happy Halloween.” But the advent of the United Nation’s International Day of Happiness on March 20th poses a problem. Just what are we supposed to say? Have a happy… Happiness Day?

The phrase might seem a little redundant, as if we are celebrating celebration. Surely we do enough of that already. From happy hour to New Year’s Eve, citizens of the 21st century seem to be pursuing happiness 24/7. So at first glance it might seem strange—and strangely modern—to set aside a day to reflect on happiness.

In order to put things in perspective, it might help to consider how happiness has been celebrated in the past. It turns out that the idea of devoting a day to reflect on what makes us as a society happy is not a newfangled invention.

Rituals in the ancient world

The ancient Greeks and Romans, for example, paid homage to their “good demon”—a guardian spirit or angel that was thought to accompany people throughout their lives. The ancient Greek word for good demon is eu daimon, and eudaimon was the main Greek word for happy. It made sense that you looked after your happiness not only by giving thanks and paying homage to your 'demon' on special days—pouring out libations of wine, burning incense, making sacrifices, or saying a prayer—but also by living virtuously, and so treating your spirit well. Good conduct was considered the way to cultivate a happy life.

But if both Greeks and Romans commemorated happiness in relation to virtue, they were also quick to celebrate the pleasures of the flesh. Every year, the Romans honored their goddess Felicitas (felicity) in two annual festivals, one held in the summer, the other in the fall, with a good deal of feasting, dancing, drinking and rejoicing. This bounteous goddess personified happiness in the form of divinely inspired blessedness, fecundity and fortune, and was often featured on the back of coins, with her trademark cornucopia, bursting with ripe fruits of the earth, a symbol of worldly prosperity.

It is interesting, and perhaps revealing of the way festival-goers celebrated in her honor, that the Romans also used the phallus to symbolize felicity. Hic Habitat Felicitas (here dwells happiness), reads the inscription of a prodigious specimen preserved on the wall of a bakery in Pompeii. It bids bread—the stuff of life—to rise and fill us with energy and fecundity, so that we can make more life in turn. Be fruitful and multiply! (Or at least go through the motions.)

From body to spirit

Early Christians tended to frown at such pagan rejoicing. Toppling the idol of Felicitas, they proclaimed their own celebration of felicity—perpetual felicity to be exact. Perpetua and Felicitas were two Christian martyrs, young women who in the year 203 AD were fed to wild animals in the Roman coliseum at Carthage. In dying this horrible death, which they freely, even joyfully, accepted, the two women provided an inspiring example of faith and of the higher happiness—the “Perpetual Felicity”—that was understood as its reward. Canonized as saints, Perpetua and Felicitas are still celebrated every year in an official Catholic feast day.

True, the organizers of the United Nations celebration probably did not have these various traditions in mind when they declared March 20 as International Day of Happiness. And yet the government officials in the tiny Himalayan kingdom of Bhutan, who first suggested the idea, were certainly familiar with aspects of the venerable wisdom that these ancient festivals honored.

The future of happiness

Healthy living, cultivation of the spirit, a bit of prosperity, and proper attendance to the needs of the body and soul have long been thought of as essential to a happy life. Today, aspects of these insights that linking virtue and compassion to joy and wellbeing are being revived, confirmed, and expanded by the scientific study of happiness, which is finding modern truth in ancient wisdom, while adding some of its own.

March 20th affords an opportunity to learn a little more about this exciting work, and how we might pursue happiness more fully and productively in the other 364 days of the year.

So yes, Have a happy Happiness Day! And many others besides.