Whether it’s family, finances or football, what makes Americans happy is literally all over the map. 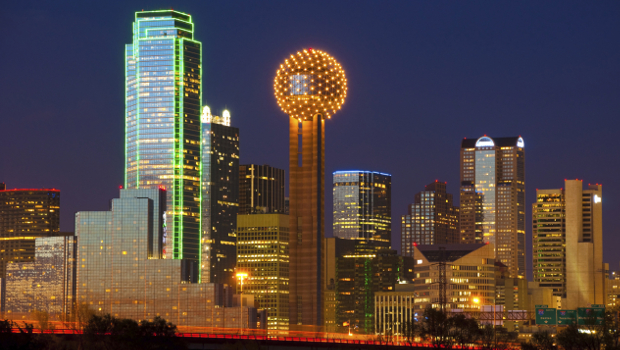 It’s no secret that happiness is subjective. The things that make people happy in New York may not be the same for people in Los Angeles. Whether it’s family, finances or football, what makes Americans happy is literally all over the map.

Recently, Harris Interactive, a market research firm, released a poll showing that 33 percent of all Americans say they are “very happy.” The Harris Poll Happiness Index asked a series of questions to roughly 2,100 Americans ages 18 and up living in the biggest cities in the country, to calculate the nation’s overall happiness. Relationships with family and friends, spiritual beliefs, financial situations and health concerns were some of the factors used to gauge the results.

Of the top 10 major market cities polled, the Dallas/Fort Worth area ranked the happiest, with 38 percent describing themselves as “very happy.” San Francisco wound up at the bottom, with only 28 percent saying they were perfectly content.

While San Francisco ranks at the bottom of the list, most in the City by the Bay feel that the future is bright. New Yorkers, who worry about financial issues, are frustrated with work and feel no one is listening to them when it comes to national decisions, worry the least about their health. Chicagoans feel the opposite with 67 percent agreeing that their concerns about national issues are being heard. They also are most likely to use hobbies and pastimes to lighten their moods.

When it comes to personal relationships, Washington, D.C., leads the pack with most agreeing that being with friends and family brings them happiness. Philadelphia, affectionately known as the City of Brotherly Love, comes in second in both relationship categories; however, Philly outranks the nation’s capital on the overall happiness list because 86 percent of residents generally feel happy with their lives. That beats out all nine other cities.

From the stone tablets in Moses’ hands all the way to David Letterman’s nightly staple, we have always had top 10 lists. Periodically we will report on the findings from various research polls to see where happiness is popping up in the world. We are social people who like to improve our wellbeing by feeling connected, and the data proves that happiness is contagious.

See where your city ranks in the Harris Poll Happiness Index