Two Swimmers Get in Sync at the Rio Olympics

Olympic synchronized swimming duet motivates each other to perform their best. 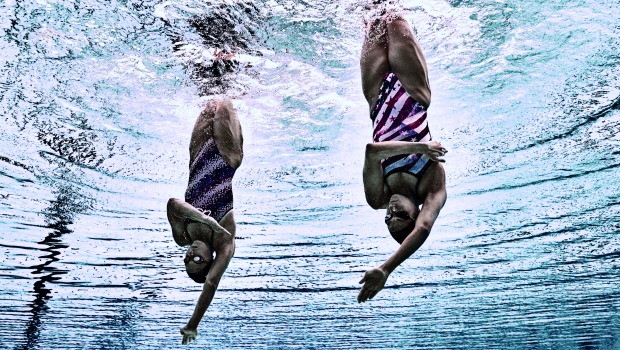 Synchronized swimming duet motivates each other to perform their best.

Leading up to the Games in Brazil, synchronized swimming duet partners Anita Alvarez and Mariya Koroleva often spent 24 hours a day together. They’re in the pool training for long hours, they sleep in the same hotel room, and they have meals side by side.

“We start to understand each other and we learn everything about each other,” says Anita, who at age 19 is making her Olympic debut. “It’s important to have that bond and connection not just in the pool but also outside the pool. I can’t imagine going into this intense competition without her there.” 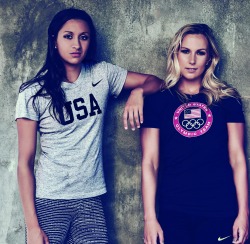 “It’s nice to have someone going through the exact same thing as you, especially in the hard times, after a long training day,” adds Mariya, 26, who competed at the 2012 Olympics with a different duet partner and placed 11th. “After you compete together and you have a good score, it’s even more exciting to be able to share it with someone. It’s not just your success.”

Studies have shown that athletes who train in groups are more motivated and experience less pain than those who train alone. Plus, they’re happier. “People are happier when they’re training and celebrating their victories with other people. They need a team around them,”

Executive coach Caroline Miller says. “It’s not just about getting what you want, it’s about getting what you want and celebrating with someone else.” Mariya, who was born in Russia but moved to the U.S. as a child, underwent back surgery just six months before her last Olympic appearance. She was forced to rush her recovery process in order to compete at the last Olympics and during the Games, she loaded up on pain medication to ease the throbbing in her back. But still, she says, it was worth it for that feeling of walking in the opening ceremony and knowing she had made it.

“It’s important to remember nothing that you accomplish that’s great is going to be easy,” Mariya says. “If you’re having a hard time, remember that it’s supposed to be hard. You have to keep pushing through and fighting for what you want. The harder it is, the happier you’re going to be.”

“There’s science behind this, too,” says Jason Richardson, a former World Champion and Pan-Am Games gold medalist in BMX racing, who is now a psychologist working with Olympic athletes. “When an athlete suffers injury or great loss and finds victory again, it’s more meaningful,” he says, “because the true win is not just in their sport, but also the internal struggle within themselves.”