The fifth annual World Government Summit in Dubai brought together leaders and academics to discuss the importance and implementation of global happiness. 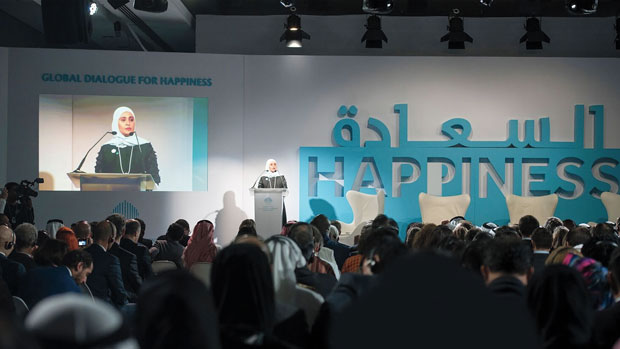 Photograph above courtesy World Government Summit. All other photographs by ©Cindy Baldhoff

As business, government and academic leaders from around the world gathered to discuss rapid global changes and the challenges that accompany them, they also looked at how happiness initiatives can help us create a brighter future on a global scale.

The fifth World Government Summit, held in February in Dubai, United Arab Emirates, brought together more than 4,000 attendees from around the globe to hear nearly 100 speakers discuss education, artificial intelligence, climate change, food security and other pressing topics, with happiness as an underlying theme.

As part of the ongoing discussion of importance of happiness in government policy, this year’s summit began with a one-day event called the Global Dialogue for Happiness. More than 300 people attended the workshop to learn about implementing happiness into government policy. 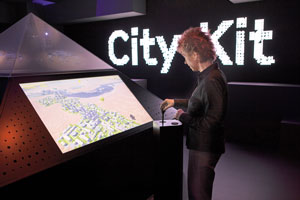 Her Excellency Ohood bint Khalfan Al Roumi, the UAE minister of state for happiness, said, “With so many evolving trends in technological development, from artificial intelligence to autonomous vehicles, the real question that should be asked is, ‘How will this contribute to a happier life?’”

She explained that happiness has become a focal point for the UAE, where leaders embrace the idea that “the main duty of government is to ensure happiness.” To provide insight, a roster of high-profile experts from the worlds of science, government, academia and positive psychology delivered research on the role of happiness.

From University of Illinois’ Edward Diener discussing “Why Should Governments Take Psychological Well-Being Seriously” and Mihaly Csikszentmihalyi of the Quality of Life Research Center at Claremont Graduate University explaining the concept of “Flow” to a session on how to design policies for happiness and well-being, the day highlighted the need to balance advancements in technology with well-being, happiness and human progress.

“While economic progress and income generation are important, they certainly did not encompass the whole aspect of growth,” said Helen Clarke, former prime minister of New Zealand and administrator of the United Nations Development Programme. “There is much more in life than the interest in how much money is generated per capita.”

Much of the summit dealt with coming changes, and Joseph Aoun, president of Northeastern University in Boston, reminded attendees that as our world changes, so should the way we learn. The challenge, he said, is for each of us to reimagine what education means and how it should be administered. 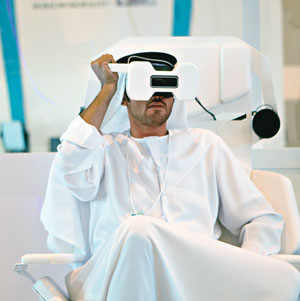 “Artificial intelligence (AI) is creating a revolution. Machines are getting smarter, and there are new jobs coming. We have to get learners ready to learn for life.” Rapid changes in technology will only continue escalating, creating new jobs and eliminating old ones. For both institutions and individuals, it’s time to start looking at new ways to succeed.
Instead of focusing on undergraduate and graduate degrees, Joseph said in a presentation called “The Future of Higher Education,” universities should begin learning how to integrate lifelong learning through certificate programs and on-site training. “We have to reframe how we provide learning,” he noted. “The notion of a degree that takes two years has to be rethought, because when people have jobs, they cannot afford to go back and spend two years at a university.”
While robotics and AI will take away many jobs, they will also create new jobs, and that’s where learners will need to adapt to the changes, just as universities will have to rethink how they provide education. Emily Larson, director at the International Positive Education Network in London, says the rise of robotics and AI also brings the opportunity to change the way we think about and approach education at all levels.
“The type of education we have now is largely a 19th-century model where students learn, study, then take exams. With AI replacing and exceeding our abilities to answer basic questions and memorize information, it will force us to reimagine the function and use of education,” she says “It could allow us to break our mental

Out of the Blue

In his book The Blue Zones, National Geographic fellow Dan Buettner looked at regions where longevity was the norm. These so-called blue zones have little in common geographically but all defy normal age demographics. 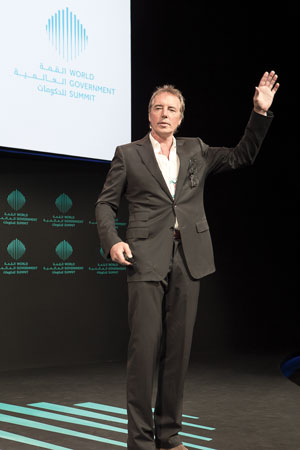 “Wherever you see a population that is producing spry 90-year-olds, no matter where they are, there are some key things that they share,” Dan said. “You’ll see that longevity is something that happened to them; it’s not something they pursue. Longevity is just a residue of their environment.”
The good news is that you don’t need to move to Costa Rica or Okinawa or any of the other areas identified as blue zones to enjoy some of the benefits that have cultivated their healthy, long-living societies. Dan explained that learning some of the commonalities—and adopting them in your daily life—can help add healthy years to your life.
Five Commonalities We Can Learn From the Blue Zones
1. THEY DON’T EXERCISE.

This doesn’t mean they don’t move; it means they move naturally. “They walk, they have gardens, they clean their homes; they haven’t de-engineered all the activity out of their lives.”

“They have the same daily stresses as we do, but they have those sacred daily rituals that reverse stress. They meditate. They pray. They take naps. They go to happy hour. And they can articulate the reason for which they get up every morning.”

3. THEY HAVE STRONG FOUNDATIONS.

Dan said about 50 percent of populations that live a long time have strong family ties. That means they care for aging parents, are committed to their spouse and family, and stay married. “They invest in their family.”

4. THEY BELONG TO A RELIGION.

For better or worse, you will become more and more like the people with whom you surround yourself. “If
your three best friends are obese, you are 150 percent more likely to be obese,” Dan said. And other bad habits including smoking, drinking and negativity all are contagious as well. “Who you surround yourself with makes a huge difference,” he said.

What Is the Future of Happiness?

As governments continue to redefine themselves in an increasingly digital world fueled by artificial intelligence and rapid innovation, they must also redefine the measure of success, said a panel of experts during a segment called “The Future of Happiness: A Mission for Government.” Moderated by CNN’s Richard Quest, the panel featured three editors of the World Happiness Report: Jeffrey Sachs, Ph.D., director of The Earth Institute at Columbia University; John Helliwell, Ph.D., emeritus professor at University of British Columbia; and Richard Layard, program director of the Centre for Economic Performance at the London School of Economics.

“Happiness should be a key objective of government,” Jeffrey said. “To ensure happiness, government must first ensure that other values are upheld, such as fairness and safety in society. Governments need to understand what is important for people within their borders.” And, he added, when governments are given the choice between an objective of raising their gross domestic product or creating a happier society, “I’d rather they go for the happiness.”
Richard said that some policymakers are uncomfortable talking about happiness as a role of the government, so it often must be presented in terms of “life satisfaction.” “Policymakers got used to addressing such questions as, ‘Are you satisfied with your police service?’ so we are able to ask the question, ‘Are you satisfied with your life?’ They can then let that answer guide the way they allocate their money and set their goals.” However, even as work continues at higher levels to integrate happiness into government planning and policy, individuals must do their part.

“As important as it is for governments to contribute to people’s lives, people must also change the way they live their lives,” John said. “They must live in a way that generates happiness for themselves and others. “The key is by genuinely trying to make others happy, we bring more happiness into our own lives.”