An Alternative Approach to Happiness

Living a rich and full life includes embracing all emotions, even the negative ones. 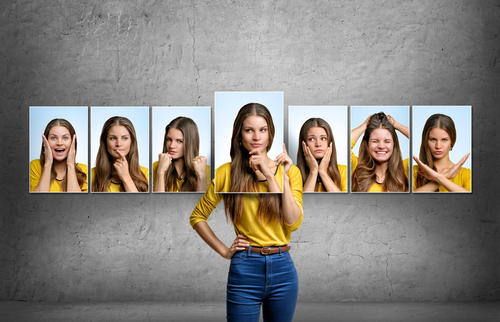 Living a rich and full life includes embracing all emotions, even the negative ones.

In 1967, concert audiences were treated to one of the most bizarre musical pairings in history. Jimi Hendrix and his psychedelic rock band toured as the opening act for The Monkees. The Monkees wanted validation as serious musicians, and Jimi’s band had a large fan base in England but was relatively unknown in the U.S. Jacksonville, Florida, was one venue serving as the scene of this cultural implosion. Conservative fans of The Monkees were taken aback by the sight of Jimi in a neon-colored shirt violently strumming his guitar before setting it on fire.

When Jimi asked the crowd to sing along to “Foxy Lady,” they drowned him out with chants of “We want Davy!” A few gigs later in New York, Jimi, tired of the “We want The Monkees” chant, offered a middle finger to the crowd before walking off the stage and quitting the tour. Instead of modifying their sound to gain mainstream appeal, the collective anger of the three members of the Jimi Hendrix Experience served as energy to embrace their nonconformity, solidify their musical identity and invent a style so distinct that musical historians talk about electric guitar playing in categories of before and after their arrival.

People spend time and effort seeking out positive experiences and cherishing them. I am not going to rally against jumping into a cool lake on a warm summer afternoon, cuddling with a loved one on a picnic blanket or enjoying the first few bites of a bacon-wrapped scallop drizzled in maple syrup. Moments are the building blocks of a satisfying life, and we benefit from noticing, engaging, enriching and absorbing these and other pleasurable experiences.

Make no mistake, pleasurable moments are good. Yet there is no escaping negative experiences, which are often the springboards to the highest peaks. We might not welcome physical pain, social awkwardness, relationship dissolution, negative feedback or tough negotiations as the ingredients for an ideal life. And yet, each of these uncomfortable experiences has the potential of aiding knowledge and skill development and strengthening social bonds.

Scientists Gerald Clore and Norbert Schwarz have accumulated evidence for decades to showcase some of the dangers of treating “feelings as information.” What could possibly go wrong by interpreting what feels good as something that is good? The answer is a lot. When experiencing a benign feeling such as admiration, aesthetic appreciation, calmness or satisfaction, we see little reason to engage in effortful, detailed thinking and instead process information less carefully, even superficially. We are prone to mental errors that fail to account for uncertainty or complexity.

When in a group of people similar in personality, values or race trying to generate creative solutions, there is some evidence of subpar performance compared to a diverse group. And yet, we think our cohesive, highly synchronized group of similar people is doing better. The reason is that being around people who look the same and think the same feels comfortable and this positive state is interpreted as evidence of high functionality—in this case, high creative performance.

In the diverse group, there is more tension and awkwardness and this discomfort is often avoided at the expense of effective group performance. In a similar vein, when we feel happy, we are more prone to racial and ethnic stereotyping, we are more gullible and we produce less accurate and detailed memories. When happy, there can be less motivation to exert energy and effort. Depending on the situation and desired outcome, you might benefit from being mildly unhappy—feeling slightly anxious, sad, angry, confused or guilty.

It also turns out that people are hard-wired to connect through pain. A study conducted by Jim Coan, Ph.D., and colleagues at the University of Virginia illustrates this point. The researchers wanted to know whether physical threats to a close friend—electric shocks to the ankle in this case—led to a pattern of brain activity that was similar to shocks administered to strangers. The researchers discovered that the brain regions activated when someone received a personal shock happened to be nearly identical to the brain regions activated when the shock was delivered to their friend but not to a stranger.

From an evolutionary perspective, this makes sense. To increase the probability of survival, we need to find people we can rely on who will expand our strength, stamina, knowledge and social network. When we travel to a foreign country, it is helpful to have a companion who speaks the local language. When we are mountaineering, a rock scramble appears less steep when standing beside a close friend. Our brains treat close, reliable people in our social networks as part of the self—resources we can depend on in a crunch.

Pain, as it turns out, offers a shortcut to forming mutually beneficial relationships. A research team in Australia recently investigated if shared pain fosters social bonding. People enduring painful tasks such as submerging their hands in ice-cold water with future group members felt a greater sense of loyalty and showed a boost in cooperation while completing subsequent challenges.

Shared painful experiences speed up the intimacy process. This is why people offering help during tragedies such as hurricanes or terrorist attacks often establish lasting friendships. Our wider social network offers a sense of connection and resources that can be drawn upon in future difficulties. Negative emotions, pain, stressors and strains often serve as social glue.

In a culture that increasingly prizes positivity, we need opportunities to candidly express and experience pain and discomfort. One of the great paradoxes is that by being vulnerable with other people, sharing and disclosing painful events, we end up feeling more comfortable, connected and courageous. It might not feel good, but sometimes feeling bad is exactly what we need to live well. We might not become the greatest guitarist of all time, but learning how to sit with, work with and channel our negative emotions can assuredly lead us to greater achievements, relationships and a sense of happiness and meaning in life.
(Visited 179 times, 1 visits today)
Popular Articles