Be Happy to Live Longer

Happiness, in addition to eating well and exercising, may be the answer to living a long, healthy life. 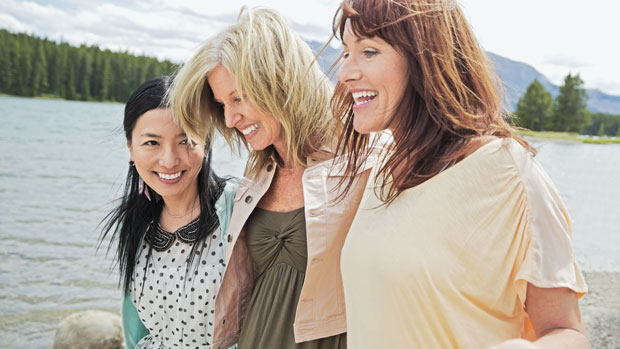 Our thoughts and behavior play a bigger role in well-being than we realized.

The search for the fabled Fountain of Youth is almost as old as civilization itself, but has largely been in vain. We have long dreamed of finding a way to avoid aging while at the same time (mostly) accepting its inevitability. However, that hasn’t kept science from looking for ways to slow down the aging process or make our later years more fulfilling.
Today, there’s good news for anyone who wants to live a long, happy life. Science has found that happiness, not genetics, is one of the greatest predictors of longevity. Simple lifestyle changes can improve not only your mental health but can also change how your body ages.
Just ask Cecile Williams, who didn’t even take her first fitness class until the age of 50. Today, at 77, she leads a busy life that includes trying new fitness classes, hitting Nashville’s famed honky-tonks to catch live music and attending fundraisers for social causes. Nothing about her, including her circle of friends, gives a hint of her age.
“I always say I will not hang out with old people,” she says with an infectious smile. “They complain too much. It’s always about ‘my diabetes this’ or ‘I’m too old to do that.’ Too many people blame everything on being old.”
Since retiring from a career with the Nashville Parks and Recreation Department more than a decade ago, Cecile’s life has blossomed into a rich adventure evidenced by her jam-packed calendar and strong social connections. 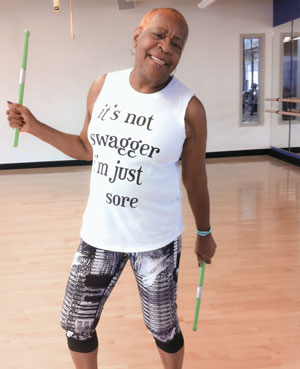 Each day, she enjoys some form of exercise, whether it’s yoga, TRX, Pilates or POUND, a high-energy cardio workout that incorporates rock music and choreographed routines using weighted drumsticks. Despite coming late to the fitness habit, today she can’t imagine her life without it—and not just because it helps keep her body strong and staves off the effects of arthritis in her knees.
“Being in fitness classes has opened me up to so many experiences I wouldn’t have had otherwise,” she says, crediting the circle of friends she’s made. “It’s made me more diversified, and I am open to doing all kinds of different things that I never thought I’d do. Once I started spending more time with other people, I got more outgoing.”
Those friendships have deepened over the years and have led to greater involvement in her community. Her 54-year-old daughter shakes her head at her mother’s latest antics. “She thinks I hang out with wild women,” Cecile laughs. “But she’s proud of all the things I’m doing now. And I am perfectly happy.”
Without knowing it, Cecile hasn’t merely been enjoying herself, she has been consistently refilling a prescription for a long, happy life.

New findings indicate that if we are searching for that elusive Fountain of Youth, we probably need to look inside ourselves. Science shows that our thoughts and behavior play a bigger role in aging than we previously realized—and that gives us more say in how well we age. Today, researchers are looking beyond family genetics to find the sources of longevity and well-being.
While centenarians share certain genes that protect them from aging, only about 25 percent of our longevity is genetic. The other 75 percent, for better or worse, is a combination of lifestyle and environmental factors.
“It is not particularly apparent to us in molecular biology why what the human genome is doing should be connected to everyday life circumstances,” says Steve Cole, Ph.D., a professor of medicine and psychiatry and biobehavioral sciences at the UCLA School of Medicine. “And yet, that connection emerges time and time again. Our everyday life circumstances end up changing the way genomes function.” 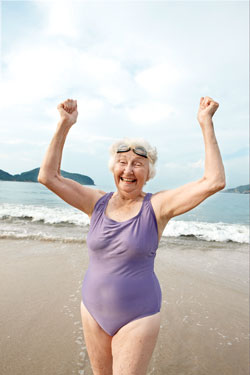 Genomes basically carry our genetic marching orders, and studying them helps identify the association between our daily habits and longevity. For example, Steve notes, one of the prominent findings is the effect of loneliness on our genes, which has a direct negative effect on our physical well-being. Loneliness, depression and stress are among the factors that create an uptick in inflammation and a downturn of antiviral activity in our bodies. Living with high levels of inflammation for too long will “statistically precipitate heart attacks, degenerative disease and strokes,” says Steve. “Those are three of the major killers of people in modern social settings.”
Conventional wisdom has said that a healthy diet and exercise are crucial to improved physical well-being, and so is reducing stress (or at least minimizing our reaction to it). As it turns out, however, the missing piece of the puzzle may involve rethinking what it means to live well.

Happy people, it turns out, have fewer symptoms of pain and illness and show slower declines in physical function. A positive mood is shown to reduce blood pressure during stressful times; positive people also miss less work due to illness and have fewer hospital visits over their lifetime. Adopting certain practices, such as gratitude, mindfulness and meditation, may help buffer against stress and lead to greater happiness in the moment as well as better health in the long run.
In a study, Steve and happiness researcher Sonja Lyubomirsky, Ph.D., looked at how behaviors affect us biologically. They found that even when we are under stress, the way our body absorbs that stress can be very different—and it can be regulated by our own actions.
Study participants who practiced acts of kindness for others showed a significant drop in the inflammation caused by white blood cells. Interestingly, study participants who did good deeds like writing a check to a charity or who practiced acts of self-care did not show the same positive effects. This led the researchers to conclude that simply performing small acts of kindness for others can have a big impact on gene regulation.
“Prosocial behavior, in particular, has a very good effect on [our] biology,” Steve notes. “Focusing on the happiness of others, focusing on mankind, is both a recipe for happiness and, quite possibly, the recipe for good health.”

In 1938, Harvard University embarked on a remarkable open-ended research project to look at what creates a long, healthy life. Today, the Harvard Study of Adult Development continues to provide insight into what affects health and longevity, now extending to the descendants of that original research project. What it tells us, says George Vaillant, psychiatrist and director emeritus of the study, is that how well we live is about much more than our genes, jobs, physical exercise or diet.
“Genetics has much less effect on how long someone lives than their habits,” says George, who headed the study for 30 years. He cites alcoholism and smoking as the two deadliest practices, and says moderate exercise and a stable weight go hand-in-hand with longevity. Beyond that, he says, longevity depends upon our emotions and relationships. 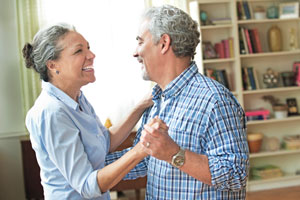 “People who live a long time have a lot of positive emotion,” he says. “And that means being part of a community. It’s hard to have positive emotion on a deserted island; you need other people.”
Resilience, or our ability to bounce back from adversity, also affects longevity, but George says the No. 1 antidote to aging is healthy relationships.

People who live a long time have a lot of positive emotion and that means being part of a community." –George Vaillant

“Positive emotions, by themselves, are hard to measure, but what you can count are relationships. We know that positive emotions can stimulate the same part of the brain as narcotics, and giving to a charity lights up [those same parts of the brain],” he says. “It doesn’t sound very exciting, but it’s very healthy.”
In fact, he says that tending relationships, be it with friends, family, a spouse or a support group, may be the most important thing you can do for your health.
“Being nice and generous and funny and kind are more important to people’s health than they realize,” George says. “The earlier you start practicing these things, the better off you are. But it’s certainly never too late to start.”

Other research backs up findings from the Harvard study; Dan Buettner, whose groundbreaking work on longevity led to forming the Blue Zones organization to help Americans live healthier, longer lives, says that longevity walks the same path as happiness.
“Health and happiness are inextricably linked,” Dan says. “You cannot pull them apart. Making sure that you have happy friends affects how long you live, because that’s contagious. And focusing on your immediate social network is more important than either diet or exercise programs when it comes to living a long, happy, healthy life.”
He says having five positive-minded people who share interests in recreation—whether it’s golf, walking or gardening—and who truly care about you will have powerful incremental effects on your well-being.
“That is almost the surest thing you can do in the long run for both making it to a healthy age 90 or 95 and enjoying the journey. [Happiness adds] about eight years to your life expectancy; it’s almost as good for you as quitting smoking.”

Perhaps Dan’s greatest evidence of the link between happiness and longevity is much less scientific, though. “After interviewing about 100 centenarians, I can say that I didn’t find a single grump in the bunch,” he says. “That tells me that [happiness] is a really worthwhile pursuit.”

Read more: What Can Telomeres Tell Us?

Read more: Find Your Blue Zone for a Long and Happy Life

Read more: Ikigai: The Secret to a Long, Happy Life