Can You Spice Up a Meal by Changing the Music?

The new field of neurogastonomy shows that the music we listen could change the way we experience food. 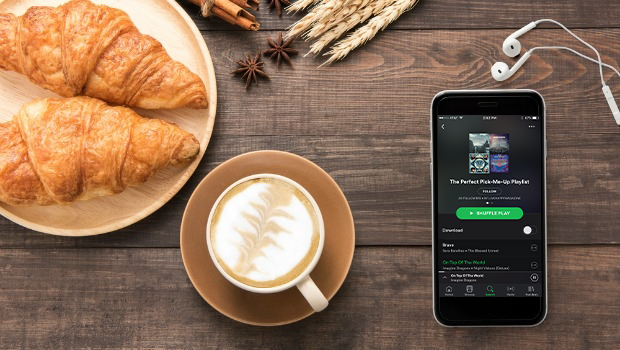 When Steve Keller hosted a dinner at the upscale Nashville restaurant Etch earlier this year, he received plenty of comments about his food choices. Some found the food he served almost too spicy. Others found it incredibly sweet. Some were underwhelmed by its flavoring and found it almost bland.

But the meals Steve’s guests were served were identical—the only thing that differentiated the dining experiences was the music being piped through each person’s earbuds. It was all part of an experimental research project called Spicy Sounds: A Sensory Experience, designed to provide more clues into how sound affects taste.

While we have long accepted the fact that sense of smell can affect the taste of our food, research in the emerging field of neurogastronomy shows the effect that other senses have on how we perceive taste. Neurogastronomy looks at how all of our senses work together to taste the food we eat, and some of the most compelling new research shows just how powerful sound is in shaping that perception.

At Steve’s event, diners listened to a soundtrack of either music or white noise, while a control group received no sound at all. The music came in two styles—one designed to evoke mental images of spiciness, and the other, images of sweetness.

Before eating, diners were asked to listen to the sounds while gauging how sweet or spicy they thought the food in front of them would be, and then were asked to rate the actual sweetness or spiciness of each dish while they ate it.

“I knew that if you’re playing the wrong music it can totally ruin the dining experience, but it had never crossed my mind that music could affect the way your taste buds process food,” says Nashville musician and diner Tiffany Shea. “The idea that music could change your experience with the food so drastically brings a whole new depth to music that I didn’t even know existed. It blew my mind.”

And for Steve, that is part of the joy of his research.

“I think the big revelation is how music affects not just the taste of the food, but our perception of how it will taste,” says Steve, a Nashville music producer who founded iV, a branding agency that has worked with major companies including BMW, Kraft Foods and television networks to help them connect with customers through sound.

“I hadn’t considered that sound would shape perception even before they tasted the food,” he says. “But the way we’re wired, sound reaches the brain 20 to 100 times faster than sight. So before we see something, the sound has already reached the brain, and all the information our senses collect after that is filtered through that sound.”

Shanna Strassberg was part of the control group that didn’t listen to music or white noise while eating. Initially, she thought she had missed out on being part of the experience. “I was talking to someone afterwards and said something about how spicy one thing on the plate was, and they said, ‘No, that was sweet.’ That’s when I realized this really is a thing, and that people were having very different experiences with the same food.”

Love Music? Listen to our podcast on How to Create the Perfect Happy Playlist

Charles Spence, Ph.D., professor of experimental psychology and head of the Crossmodal Research Laboratory in the department of experimental psychology at Oxford University, is one of the leading researchers on how our senses work together to change perception. His 2010 study published in the journal Attention, Perception & Psychophysics looked at the relationship between music pitch and the taste of food.

In one experiment, Charles found that people eating chocolate reported it tasted bitter when listening to low-pitched music, but the same chocolate tasted sweeter to them when they listened to higher-pitched tunes. Steve says research has also shown that white noise can cut the perception of sweetness. Tiffany, who listened to white noise while eating, reinforces that finding, saying that she didn’t find the food sweet or spicy.

“I really didn’t think it was on one end of the spectrum or the other, and then that made me wonder what the true taste of the food actually was.” It’s not just food that is affected by sound, of course. Charles and fellow Oxford University researcher Janice Wang have studied the effect that music has on wine and found that the right music can enhance the taste by as much as 15 percent.

A study they published last year in the journal Perception showed that participants in a wine-tasting event held at Oxford rated wines as being more acidic when they listened to a high-pitched Debussy piano piece. However, when the music was changed to a melodious Rachmaninoff cello piece, participants thought that the wine tasted fruitier. The academic explanation? The study concluded that our brains work to match sounds with taste, and our ears unconsciously influence our taste buds. 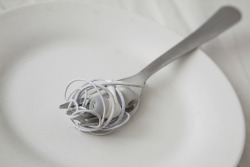 It also works before we’ve popped the cork. A study in the Journal of Applied Psychology showed music had a strong influence on the type of wine consumers bought; when French music was played, French wines consistently outsold German wines, but when German music was played, German wines were the top seller—even when customers believed the music had no effect on their choices.

Of course, there are many marketing opportunities for such findings; restaurants can use music to sell certain types of food or to increase its appeal. Last year, British Airways introduced an audio menu that matches music to in-flight meals to offset the fact that our ability to taste is reduced by 30 percent when we’re in the air. Tracks are carefully selected to enhance the flavor of each item.

But Steve is among those who see the link between music and taste as having positive outcomes for both our mental and physical well-being. “This is about more than how Dunkin’ Donuts can use music to sell more coffee,” he says. “We are starting to see ways that we can use music that haven’t been explored before.”

In healthcare environments, the connection between sound, taste, smell and appearance is beginning to attract attention. Taking the idea that food is medicine one step further, neurogastronomy researchers are looking at how the different senses can benefit patient care.

“Think about someone going through chemotherapy, whose taste senses have been affected, or a diabetic who shouldn’t have sugar—what if we could use sound or aroma to bring back the taste of something that’s been lost? Our senses are important, and by tending to all of them, not just treating the disease, I think we could improve health outcomes as well as patient satisfaction.”

Steve says that as research continues uncovering the ways our minds perceive and interpret sound, we’ll see greater use of music as part of a healthy, healing journey. “I get really excited thinking that the day is coming when a doctor will prescribe a playlist instead of just pharmaceuticals.”