When we are truly flourishing, we go beyond happiness to live life to the fullest. 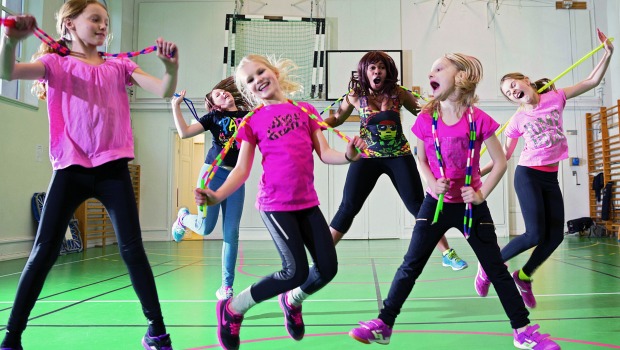 Learning to flourish can help you feel good and function well, even during challenging times.

When psychologist Corey Keyes, Ph.D., used the term “flourishing” in 2002, he assigned a single word to describe a mental state characterized by positive feelings and positive functioning. Since then, researchers, educators, employers and even governments have looked at the many aspects of flourishing, the role it plays in our overall happiness and, perhaps most importantly, how we can create and sustain a life that promotes it.

Their discoveries have provided overwhelming evidence of how flourishing leads to positive, long-term change. In the workplace, for example, studies in many different countries—including France, New Zealand, The Netherlands and South Africa—have shown that employees who flourish are more creative and productive, have greater engagement with co-workers and are less likely to miss work or
change jobs.

In college, flourishing students have higher grades, lower incidences of depression and procrastination, are more likely to stay in school and, overall, exhibit greater self-control. And, in day-to-day living, adults who score high in the area of flourishing enjoy the highest level of resilience and intimacy and are at lowest risk for cardiovascular disease and chronic physical conditions.

Corey, the Winship Distinguished Research Professor at Emory University and Founding Fellow of the Center for Compassion, Integrity and Secular Ethics, defines flourishing as “feeling good about a life in which one belongs to community, is contributing things of value to the world, is accepting of others.” These people have “a purpose to life, can manage their daily life and can make sense of what is going on in their world.”

In short, it is the state of feeling good and functioning well—regardless of what challenges we may face in our personal and professional lives. It’s something that Renie Steves had the chance to practice when she slipped and fell down the stairs in November 2014, breaking two vertebrae in her neck. When the 78-year-old woman’s doctor gave her a grim prognosis, she got a different doctor.

“I asked for one with a sense of humor,” says Renie, who lives in Fort Worth, Texas. She knew that her attitude and optimism were as important to her recovery as medical care, and when she returned home from the hospital and rehabilitation a month later, she says doctors “were still trying to figure out how I was alive.”

Wearing a brace that kept her head and neck still, Renie resumed her active life as soon as possible. She was back in the gym five days after returning home, and when the holiday party season kicked in, she decorated her brace with seasonal touches such as holiday ornaments and Christmas lights. “I knew that a lot of the final result depended on me,” she says. “I survived and, yes, my life has changed because of it, but I’m still me.”

Not just surviving, but thriving

Today, she has an even greater appreciation for her friends and family and feels more engaged and inspired than ever before. “In general, the simple word for it is ‘thriving,’ ” says Ryan Niemiec, Psy.D., education director for the VIA Institute on Character. “It’s when we’re functioning at our best—physically, socially, psychologically. We’re on top of our game in all of those areas.”

He’s quick to point out, however, that this doesn’t mean that our lives are entirely free from stress or conflict. Some, like Renie, may find their greatest joy during times that are also physically or emotionally challenging.

Less than a year before her accident, Renie had gone through a divorce after 55 years of marriage. She was enjoying her new life and immersing herself in travel, writing and some extensive home design projects.

“The divorce was a very positive thing for me,” Renie says. “I was learning how to express myself and be who I am again. So I wasn’t going to let my accident change that. I wanted to make this a happy, healthy, healing journey.”

Unlike happiness, which can mean different things to different people—and can present itself in many ways—flourishing is typically measured in terms of mental health. Corey calls flourishers the “completely mentally healthy.”

In his book Flourish: A Visionary New Understanding of Happiness and Well-Being, Martin Seligman, Ph.D., delves into the essential building blocks of a positive life. He establishes flourishing as the end goal of positive psychology, and the groundbreaking book introduced his well-being theory, a model that has five components, commonly known as PERMA. The elements of PERMA, Martin points out, contribute to well-being and are pursued for their own sake, not as the means to achieving one of the other elements. 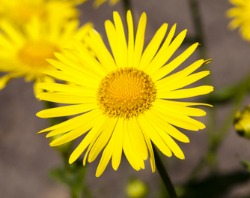 “Each one is related, but they also are independently measurable,” explains Ryan, adding that the key ingredient to achieving those five elements is the use of character strengths. Character strengths, as classified by the VIA Institute on Character, are 24 positive components that, when analyzed, can help us identify which attributes come to us most naturally. Learning to employ those strengths can help us improve certain skill sets, become more engaged in our relationships and feel more satisfied overall.

“[Martin] squarely says that character strengths are the pathways to PERMA. It’s one thing to know or to become aware of your strengths, but to be actually trying to consciously use those strengths, that’s the level that is associated with PERMA,” Ryan says.

In fact, a study co-authored by New Zealand researcher Lucy C. Hone published in the September 2015 Journal of Occupational and Environmental Medicine found that workers who regularly used their character strengths were 18 times more likely to flourish than workers who did not.

“There are still benefits just with awareness of your strengths,” Ryan says, “but when you start thinking of how you can use them each day, you’re going to see more results.”

Flourishing, languishing and what lies between

In Flourish, Martin explains that positive mental health is not merely the absence of mental illness, and that “the absence of sadness, anxiety and anger do not guarantee happiness.”

In fact, mental health exists on a continuum, much like physical health. At the far end of the scale are those who are languishing. But between those two end points are the moderately mentally healthy, those who are free from serious mental illness and depression but fall somewhere in the middle. It is there where the most opportunity exists for people to learn to flourish.

“Studies show that increases in the level of positive mental health reduce the risk of developing mental disorders like depression,” Corey says. “We could prevent a lot of depression if we created more conditions for Americans to flourish. We cannot ‘treat’ our way out of the mental illness epidemic, we must promote and protect what makes life worth living.”

When people are flourishing, they’re also improving the world around them. Lucy’s study found that individuals who flourish also improve the community and workplace around them. And research by the team of Jane E. Dutton, Ph.D., Laura Morgan Roberts, Ph.D., and Jeff Bednar, Ph.D., that was published in the book Applied Positive Psychology: Improving Everyday Life, Health, Schools, Work, and Society reported that helping others and giving to a cause greater than themselves promoted flourishing.

Just as some individuals are genetically predisposed to be happy, some may flourish more easily than others. A 2015 study led by Marijke Schotanus-Dijkstra, a Ph.D. candidate in positive psychology at the University of Twente in The Netherlands, found that those who were flourishing were more conscientious and extroverted than non-flourishers. In fact, the research team found a strong connection between conscientiousness and flourishing, leading them to conclude, “conscientiousness might have a stronger relationship with flourishing than previously thought.”

They concluded that conscientious individuals tend to set challenging goals for themselves and have the discipline needed to achieve those goals, which coincides with the need for engagement, achievement and other aspects of flourishing. They also confirmed what previous studies have found: Social support plays an important role in one’s overall well-being.

That’s something Renie says has been key in her healing process, and she practices it daily. She attributes at least 50 percent of her recovery to positivity shared with good friends and to staying active socially and physically.

“The support system I found was so phenomenal,” she says. “We made it a festive thing. People enjoyed being around me, and I was able to enjoy myself. There’s no way someone could be unhappy when you’re surrounded by that much love.”