How to Tackle Stress for Good 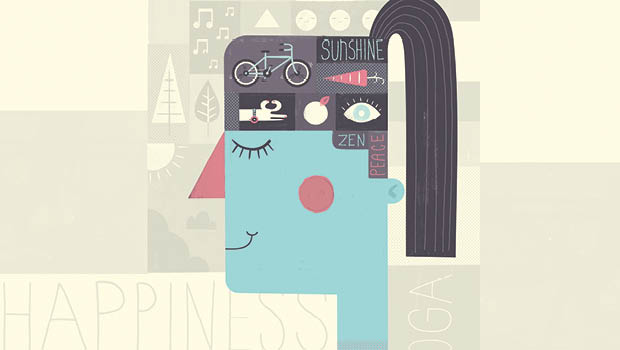 Anxiety has become the most common mental disorder in the U.S., affecting roughly 40 million Americans over the age of 18. Depression affects an additional 20 million adults, and new research from the American Psychological Association (APA) shows that the nation’s mental health is declining.

The APA’s annual Stress in America survey has tracked a gradual increase in stress and anxiety levels since it began gathering data in 2007. But for 2017, it found that while the national stress level is consistent with the previous year’s findings, many people are feeling the effects of that stress more than ever before.

Nearly two-thirds of those answering the survey said they were extremely stressed about the future of our nation in addition to other major stressors like money and work. And that is showing up with side effects such as lost sleep, irritability, anxiety, depression and fatigue.

“The uncertainty and unpredictability tied to the future of our nation is affecting the health and well-being of many Americans in a way that feels unique to this period in recent history,” says Arthur C. Evans Jr., Ph.D., and CEO of the APA.

Yet the findings also reveal that we are learning better ways to handle the pressure. From the rising interest in mindfulness and meditation to a growing emphasis on how to find balance using nutrition and physical activity, there are plenty of ways to become better equipped to handle the side effects of stress. Learning how to eat more natural foods or just spending more time in nature doesn’t just feel good in the moment; it has lasting, measurable effects on both physical and mental well-being.

More than half of the people in the APA survey said they deal with stress through exercise or physical activity, and 12 percent use yoga or meditation as an outlet. Nearly half use music to de-stress, and 29 percent rely upon prayer. That’s important, experts note, because learning how to practice positive mental health in an increasingly negative environment can make a tremendous difference in our levels of anxiety and depression.

“Negative events attract so much attention, and right now [the evening news] seems very disturbing,” says Tayyab Rashid, Ph.D., associate faculty at the University of Toronto Scarborough and a licensed clinical psychologist. “But at the same time, we have to remember that there are far more people doing acts of kindness that we’re not seeing. Every day, mothers are fixing meals for their children. Mechanics are fixing cars. People are opening doors and doing good things for one another every day. We aren’t seeing the whole picture.”

As humans, our innate negativity bias causes us to react more strongly to negative events and information than to positive. Since our survival as humans once depended on quickly locating the threats around us, that negativity bias isn’t all bad. However, in today’s world, it can create some mental health challenges when it comes to handling the onslaught of negativity doled out by social media and the nightly news, not to mention our day-to-day personal ups and downs.

“No mind is neutral,” Tayyab says. “But the good news for the human race is that the positives are more universal. Positive things have more leverage to bring us together than the negative things have to tear us apart.”

Focusing on the Positive

That’s where positive psychology enters the picture. Science shows a strong connection between positive psychology and good mental health; it has proven useful in the prevention and treatment of certain mental disorders and, at the very least, can help us navigate a bad day with a better sense of calm and resilience.

While mental illnesses such as bipolar disorder and schizophrenia are better managed with a combination of care that includes therapy and medication, Tayyab says we have become too quick to medicate less serious psychological conditions rather than change the behaviors inflaming them.

“By and large, we have become too dependent on drugs,” he says. “Life is about exploring the best that’s within you. Medications can give you the strength to walk and sit, but if you want to become truly agile—that comes from real growth.”

“You cannot be happy on a long-term basis unless you make long-term changes,” he says. “Medications can make you feel less angry or anxious or paranoid, but they cannot provide you with hope and courage and resilience. There are no pills for gratitude.”

The connection between mental well-being and practices such as gratitude, mindfulness and hope go beyond just feeling good; positive practices change the way your brain works. Every thought you have releases chemicals to your brain, and those chemicals have either a positive or negative effect on both your physical and mental state. Learning optimism, gratitude and other practices for developing positive emotions won’t change the world around you, but it can change how you respond to it.

When researchers at the University of Pennsylvania conducted a study on learned optimism, which uses positive affirmations to overcome negativity biases, the results were impressive. Of the two groups participating, 32 percent of those in the group that did not practice optimism were suffering from moderate or severe depression at the end of the 18-month study. By comparison, only 22 percent of those who were taught optimism developed depressive symptoms, and the results were similar for anxiety: The group that practiced optimism showed a 7 percent rate of anxiety, while the other group had more than double that rate of anxiety.

The Benefits of Well-Being

Implementing practices to improve well-being, whether it’s meditation, mindfulness, gratitude or something else, can improve symptoms of anxiety and depression. But studies also show it isn’t just about feeling better; it’s about doing better.

People who train their brains to think more positively are not just happier, but have stronger immune systems, are more productive, live longer and, let’s face it, are just more fun to be around.

“Relaxing is better than stress, and hope is better than fear,” Tayyab says. “We all have grudges, but somewhere along the line we can open ourselves up to these sanctuaries of gratitude. And those are the things that bring you to the true essence of life.”

There is, of course, more than one path to finding greater well-being and it’s not a one-size-fits-all solution. However, experts agree that certain habits and practices complement the pursuit of positive emotion and may be instrumental in boosting the lasting effects of our emotions. For starters, says psychiatrist and author Drew Ramsey, we can look at what we eat.

“We don’t tend to associate mental health with food,” he says. “Food has a big impact on brain health because we eat every day, and diet is our largest modifiable risk for everything from depression to dementia.”

As the founder of the Brain Food Clinic in New York City, Drew prioritizes food before medication; he also offers an online program, Eat to Beat Depression, that helps people learn about brain nutrition and how the foods they eat affect their mental state. He says that many of the mental health challenges we face today can be managed with dietary changes.

“Certain nutrients help the brain stay resilient and be in ‘grow mode.’ Studies constantly show significant risk reduction for depression and dementia; anxiety is the most common diagnosable mental disorder, but there is very little research regarding nutrition.”

Erin Tawlks of Nashville, Tennessee, has seen firsthand the role that food can play in battling depression. She began struggling with the winter blues while still in high school, but when her son was born five years ago, she fell into a full-blown depression.

“I struggled to get out of bed, and I didn’t want to do anything. I just wanted to take a nap in the afternoons. The depression had really taken over.”

Since she’s “never been big on taking medications,” Erin looked for other solutions to combat depression. She began using essential oils recommended for depression and found good results; that started her down a new path.

“I could tell a difference in my mood, so I thought, ‘Well, that worked; what else will work?’ I just kept looking for more ways to make myself feel better.”

Erin, who now coaches others on how to create and maintain a healthy lifestyle, says nutrition, along with exercise and a daily gratitude practice, has become the foundation of her good mental health.

“Switching to organic produce made a huge difference, and when I got rid of sugar and gluten, I noticed a big change. It’s not easy, but it can be done. Sugar has been linked to so many health issues,” she says.

“If you start realizing that every time you put something in your mouth, you’re either fighting disease or feeding it, you’ll start looking at it differently.”

Drew says that treating mental health issues with food carries much less stigma for patients than medication—without the risks or side effects. It also has the added benefit of reducing risk for physical illnesses like heart disease, diabetes and dementia. Eating for brain health is not complicated, he says, adding, “I wish people understood the risk we all face of clinical depression and other mental health issues.”

While changing your thought patterns and diet take more effort than taking a pill, there’s an even simpler path to helping ward off mental illness: nature. According to a medical science known as forest medicine, nature can help ease physical disease as well as mental problems including anxiety, depression and burnout.

“Patients with anxiety and depression respond very well to the calming stimuli of nature,” says Clemens G. Arvay, a biologist and author of the books The Biophilia Effect and The Healing Code of Nature. “Anxiety, especially, is connected to the overactive sympathetic nervous system, which is the nerve of the fight or flight response. Many people who suffer from anxiety find release in nature.”

What’s perhaps more telling are the statistics surrounding the absence of nature; Clemens says that the likelihood of suffering from depression is 20 percent higher among people who live in a city, while the risk for anxiety is almost 40 percent higher. One British study shows that regular walks in a forest were effective for fighting major depression, with the combination of being around a lake and trees showed the most significant improvements.

“We are natural beings,” he says. “It’s no wonder that the absences of nature in our lives makes us ill, while contact to nature has a strong health potential. I strongly suggest we rethink our relationship with nature.”

Whether it’s a single practice or a combination of lifestyle changes, the best way to discover positive mental health is through a conscious, committed choice.

“Today, one out of six people in the U.S. are on some form of antidepressant, and the side effects that can have are staggering,” Erin says. “True health is about mental clarity and cellular health—and that’s something you have to invest in. You have to choose it for yourself.”