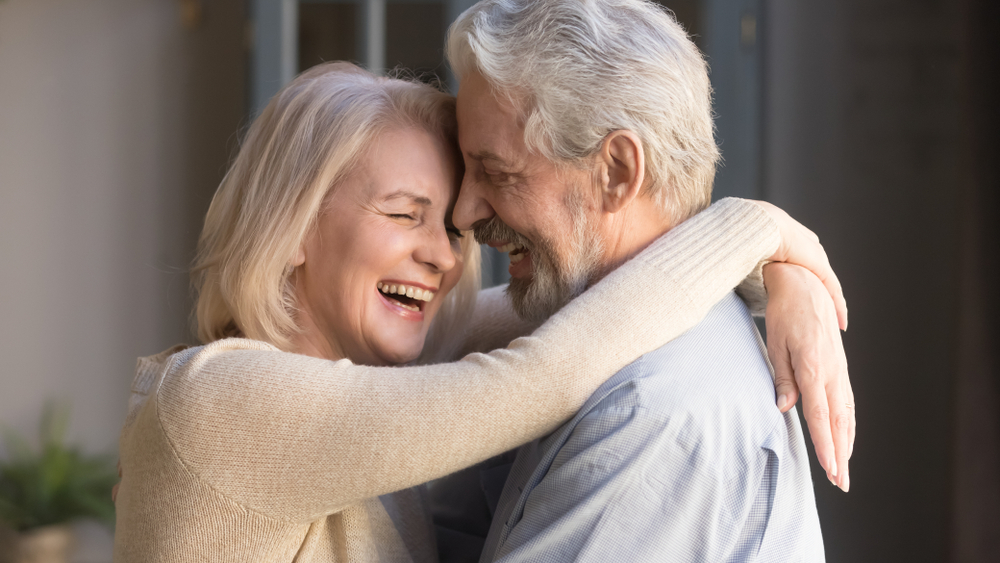 Reader’s Digest used to tell us each month that “laughter is the best medicine.” Drawing on folk wisdom, the Digest was reminding us that laughter could help us through the ordinary, daily unhappiness that might come into our lives.

In 1976, Norman Cousins, the revered editor of the Saturday Review, wrote a piece that signaled the arrival of laughter in the precincts of science. It was called “Anatomy of an Illness (as Perceived by the Patient)” and appeared in the New England Journal of Medicine, the United States’ most prestigious medical publication.

When the best conventional care failed to improve his ankylosing spondylitis—a crippling autoimmune spinal arthritis—Cousins took matters into his own hands. He checked himself out of the hospital and into a hotel, took megadoses of anti-inflammatory vitamin C, and watched long hours of Marx Brothers movies and TV sitcoms. He laughed and kept on laughing. He noticed that as he did, his pain diminished. He felt stronger and better. As good an observer as any of his first-rate doctors, he developed his own dose-response curve: ten minutes of belly laughter gave him two hours of pain-free sleep. Soon enough, he became more mobile.

Once the healing power of laughter was on the medical map, researchers began to systematically explore its stress-reducing, health-promoting, pain-relieving potential. Laughter has now been shown to decrease stress levels and improve mood in cancer patients receiving chemotherapy, to decrease hostility in patients in mental hospitals, and to lower heart rate and blood pressure and enhance mood and performance in generally healthy IT professionals. In numerous experiments, people with every imaginable diagnosis have reduced their pain by laughing.

Laughter stimulates the dome-shaped diaphragmatic muscle that separates our chest from our abdomen, as well as our abdominal, back, leg and facial muscles. After we laugh for a few minutes, these muscles relax. Then our blood pressure and stress hormone levels decrease; pain-relieving and mood-elevating endorphins increase, as do levels of calming serotonin and energizing dopamine. Our immune functioning—probably a factor in Cousins’s eventual recovery—improves. If we are diabetic, our blood sugar goes down. Laughter is good exercise. It’s definitely healthy. And it’s first-rate for relieving stress.

Laughter also has a transforming power that transcends physiological enhancement and stress reduction. Laughter can break the spell of the fixed, counterproductive, self-condemning thinking that is so pervasive and so devastating to us after we’ve been traumatized. It can free us from the feelings of victimization that may shadow our lives and blind us to each moment’s pleasures and the future’s possibilities.

The wisdom traditions of the East extend laughter’s lessons. Zen Buddhism surprises us with thunderclaps of laughter to wake us from mental habits that have brought unnecessary, self-inflicted suffering. Sufi stories do the same job but more slyly. Over the years, I watched as my acupuncture and meditation teacher Shyam, himself a consummate joker, punctured the self-protectiveness, pomposities and posturing that kept his patients and students—including, of course, me—from being at ease and natural, joyous in each moment of our lives. The stories he told from India, China and the Middle East brought the point home: seriousness is a disease. Sorrow is real and to be honored, but obsessively dwelling on losses and pain only adds to our sickness. Laughter at ourselves and all our circumstances is our healing birthright.

A story I first heard from Shyam about the Three Laughing Monks is apropos. It is said that long ago, there were three monks who walked the length and breadth of China, laughing great, belly-shaking laughs as they went. They brought joy to each village they visited, laughing as they entered, laughing for the hours or days they stayed and laughing as they left. No words. And it’s said that after a while everyone in the villages—the poorest and most put-upon and also the most privileged and pompous—got the message. They, too, lost their pained seriousness, laughed with the monks and found relief and joy.

One day, after many years, one of the monks died. The two remaining monks continued to laugh. This time when villagers asked why, they responded, “We are laughing because we have always wondered who would die first, and he did and therefore he won. We’re laughing at his victory and our defeat, and with memories of all the good times we have had together.” Still, the villagers were sad for their loss.

Then came the funeral. The dead monk had asked that he not be bathed, as was customary, or have his clothes changed. He had told his brother monks that he was never unclean, because laughter had kept all impurities from him. They respected his wishes, put his still-clothed, unwashed body on a pile of wood, and lit it.

As the flames rose, there were sudden loud, banging noises. The living monks realized that their brother, knowing he was going to die, had hidden fireworks in his clothes. They laughed and laughed and laughed. “You have defeated us a second time and made a joke even of death.” Now they laughed even louder. And it is said that the whole village began to laugh with them.

This is the laughter that shakes off all concerns, all worries, all holding on to anything that troubles our mind or heart, anything that keeps us from fully living in the present moment.

Researchers and clinicians may lack the total commitment to laughter of the three monks, but they are beginning to explore and make use of its power. Working together in various institutions, they’ve developed a variety of therapeutic protocols that may include interactions with clowns and instruction in performing stand-up comedy.

I agree that funny movies and jokes and games of all kinds can be useful tools to pry us loose from crippling seriousness. Still, I prefer to begin with a simple, direct approach: three to five minutes of straight-out,straight-ahead, intentional belly laughter. It’s very easy to learn and easy to practice. I’ll teach it to you.

I do it with patients individually or in groups, when the atmosphere is thick with smothering self-importance or self-defeating, progress-impeding self-pity. It’s not a panacea, a cure-all. But, again and again, I’ve seen it get energetic juices flowing, rebalance agitation-driven minds, melt trauma-frozen bodies, dispel clouds of doubt and doom, and let in the light of hope. This laughter needs to begin with effort. It must force its way through forests of self-consciousness and self-pity, crack physical and emotional walls erected by remembered hurt and present pain.

Once you decide to do it, the process is simple. You stand with your knees slightly bent, arms loose, and begin, forcing the laughter up from your belly, feeling it contract, pushing out the sounds—barks, chuckles, giggles. You keep going, summoning the will and energy to churn sound up and out. Start with three or four minutes and increase when you feel more is needed.

You can laugh anytime you feel yourself tightening up with tension, pumping yourself up with self-importance or freezing with fear. And the more intense those feelings are, the more shut-down and self-righteous, the more pained and lost and hopeless you are, the more important laughter is.   Then laughter may even be lifesaving. After a few minutes of forced laughter, effort may dissolve, and the laughter itself may take charge. Now each unwilled, involuntary, body-shaking, belly-aching jolt provokes the next in a waterfall of laughter.

Laughter can be contagious. Other people will want to laugh with you.

And after laughing, as you become relaxed and less serious, you may find that people relate to you differently. Sensing the change in you, they may greet you or smile at you on the street. And you may find that you’re happy to see them and that you enjoy the warmth of this new connection.

Don’t take my word for any of this. Do the experiment with daily laughter and see.