Yoga may help fight depression, according to new studies. 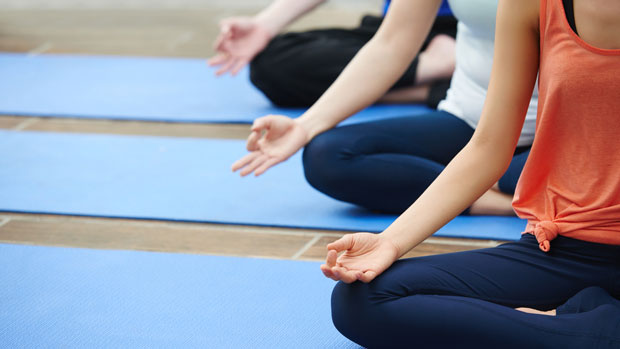 Research is finally catching up with what many practitioners believed all along: Yoga helps lessen the symptoms of depression.

Multiple studies backing this theory were presented at the 125th Annual Convention of the American Psychological Association in Washington, D.C., this week.

“Yoga has become so popular in the West, and everyone who practices knows it’s beneficial, but there hasn’t been a lot of scientific backing yet,” says Lindsey Hopkins, Ph.D., of the San Francisco Veterans Affairs Medical Center. She chaired a session on yoga and depression at the event.

One of her presented studies focused on the acceptability and antidepressant benefits of Hatha yoga among 23 male veterans. They took twice-weekly yoga classes for eight weeks. Participants with higher depression scores before the study had a significant reduction in symptoms at the end. Plus, all in the group said they would recommend the program to other vets.

Lindsey was also a co-author on another study with Sarah Shallit of Alliant University in San Francisco. This one followed women ages 25–45 who did twice-weekly Bikram yoga classes for eight weeks. At the end, participants had significantly reduced symptoms of depression compared with the control group.

Focus on consistency over time

So how much does the style of yoga you choose matter in lessening depression symptoms? Not much, according to Lindsey. Instead, focus on consistency. 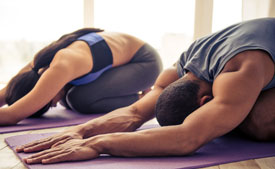 “What we have seen for all those studies is there’s a relationship between the number of classes and how much they improved,” she says. “The more they went, the more their symptoms improved.”
Lindsey stresses that this research doesn’t suggest that yoga is a first-line treatment for treating depression. But, she says with excitement in her voice, “there is definitely enough evidence that yoga is a complementary intervention.”

Other research presented at the convention agrees. Highlights of those studies include the following:
Twenty-nine adults who did eight weeks of Bikram yoga had significantly reduced symptoms of depression, according to researchers Maren Nyer, Ph.D., and Maya Nauphal of Massachusetts General Hospital. The participants practiced at least twice a week. They also showed improvement in secondary measures, such as quality of life, optimism and cognitive and physical functioning.
Nina Vollbehr of the Center for Integrative Psychiatry in the Netherlands explored the potential for yoga to address chronic and/or treatment-resistant depression. She studied 12 patients who had experienced depression for an average of 11 years. They participated in nine weekly yoga sessions of approximately 2.5 hours each. Scores for depression, anxiety and stress decreased during the program and continued for four months.
Nina and her colleagues also studied 74 mildly depressed university students, who were asked to perform either yoga or another relaxation technique at home for eight days using an instructional video. Results taken after the treatment showed yoga and relaxation equally reduced symptoms. But, two months later, the yoga group had significantly lower scores for depression, anxiety and stress than the other group.

Listen to our podcast: Yoga: Not Just for Adults Anymore With Susan Verde

Mary Dunklin is a writer and editor who specializes in family, fitness and travel. She is also a registered yoga teacher and personal trainer.