When young children make music together, they become kinder and more cooperative. 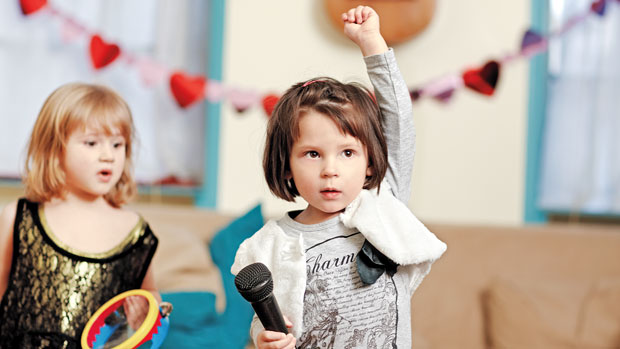 Every week for a year, Tal-Chen Rabinowitch, Ph.D., brought children together to play and make music. This was more than your average scheduled playtime, however; the researcher was adding to a growing body of evidence that making music together can have a lasting effect on the way children interact.

“I’m a musician and have always worked with kids and music,” says Tal-Chen, who conducted the study from 2009 until 2010 with 8- to 11-year-old children while at the University of Cambridge’s Centre for Music and Science. “It’s so easy to see how music bonds people together because of its communicative nature.”

Tal-Chen, now a postdoctoral fellow in the Institute for Learning and Brain Sciences at the University of Washington, wanted to see if that bonding continued after the music ends.

“Developing empathy is something that I am interested in,” she says, adding that creating music teaches skills that are learned more easily with another person. This includes such things as working to understand what the other person wants to accomplish, which researchers refer to as “shared intentionality.”

“Making music can give you some cognitive advantages, but also it teaches social skills,” Tal-Chen says. “If you practice communication skills in music, that will carry into other areas of your life.”

In adults, research has found that singing together can help increase feelings of connectedness, social flow and release the neuropeptide oxytocin, which also is called the “love hormone.” Making music together affects us on multiple levels; we connect through the rhythm as we move to the same beat and we are engaged as we watch one another’s expressions and movements. But what researchers find most significant is how music involves synchrony. 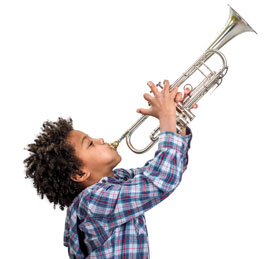 Synchrony plays an important role in part because it causes us to bond together through imitating or mirroring one another. That is important for children, according to Tal-Chen, because “these are the same mechanisms used to empathize. When children are practicing music together, and it’s fun and engaging and inviting, they are developing a set of skills they’ll use naturally in other areas of their lives.”
That means that while they are honing musical skills, they also are learning to “read” and pick up other information from people, which is crucial in empathy. Tal-Chen says that playing and making music together could help reconnect children who are becoming increasingly disconnected in today’s digital world.
“The reason [children] have less social skills today is because we don’t experience each other in a live context,” she says, noting the prevalence of texting and social media as preferred forms of communication, which eliminates the ability to take cues from someone’s expressions or vocal tones.

A 2010 study led by Sebastian Kirschner of the Department of Developmental and Comparative Psychology at Germany’s Max Planck Institute for Evolutionary Anthropology found that making music together “increases subsequent spontaneous cooperative and helpful behavior” among preschool children.

Inspired by that study, Sara Beck, a Ph.D. student in psychology and human development at Vanderbilt University in Nashville, Tennessee, is studying how music making can shape prosocial behavior among 4- and 5-year-olds.

“I was doing work on kids’ singing in general, and I wanted to look at what mechanisms might be in play when children begin making music together,” Sara says. “Research has found that with children as young as 4 and 5—and in some cases just 14 months to 24 months—that engaging in the kind of synchronized movement that happens when you make music together can increase feelings of cooperation and cooperative behavior. I wanted to look at what drives that.”

Sara says five factors influence children: rhythm, synchronization, engagement, shared goals and lyrics. Rhythm encourages them to move together, and engagement occurs because they watch each other’s faces and expressions when singing together. Making music together creates a sense that “we’re in it together,” while lyrics can help present positive messages.

Sara’s research implemented traditional childhood development assessments into a musical setting to measure how they responded to helping and sharing after singing together. She found greater cooperation between children after singing, but says this is just the beginning of what we can learn about how music affects children and the way they interact.

“We do know that when kids believe they are doing something together, they are more likely to help the children with whom they’ve been working. We want to find out, ‘If we have a shared goal, to what extent can music activate that feeling of helping each other?’ There are a lot of things we don’t know yet.”

Listen to our podcast, Inspiring Children Through Music With Laurie Berkner