The Restless Pursuit of Something Better

No one likes moving, and yet Americans like it more (or hate it less) than most. Why do we put ourselves through this pain? Dartmouth historian Darrin McMahon tracks this conundrum through our past to find out why we are always on the movie, looking for the next big thing—why we are constantly in pursuit of greater happiness. 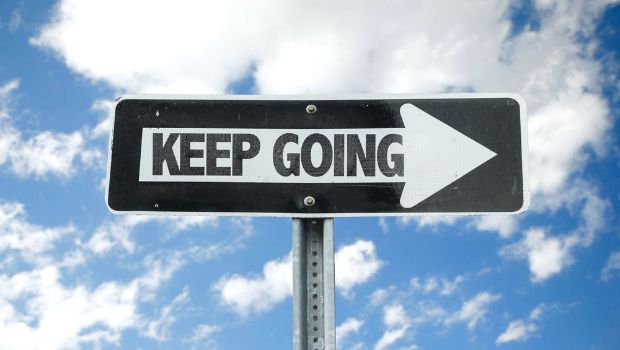 The packing, the lifting, the disorientation of a new neighborhood—why are Americans constantly moving?

No one likes moving, and yet Americans like it more (or hate it less) than most. The average American relocates 11.7 times over the course of a lifetime. And although that figure is slightly down over previous decades, the fact remains that the United States is still one of the most mobile societies in the world. 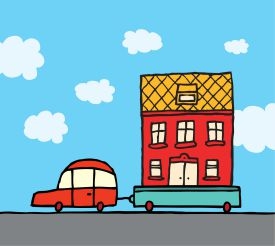 In addition to the bodily aches and bruises that come with putting your life in a box, psychologists point to increased levels of anxiety and stress, disorientation and loss. In some cases, moving can induce panic attacks in the face of the uncertainties that lie ahead; in others, a sense of mourning and regret for what is left behind.

Why do we put ourselves through this pain? In pursuit of pleasure and happiness, of course!

Always on the move

We are, after all, a nation of immigrants. Pulling up roots in search of a better life is part our national DNA. One of the most astute observers of the young United States, the Frenchman Alexis de Tocqueville, pointed this out long ago. In a famous passage in his Democracy in America (1835–1840), he observed:

In the United States a man builds a house in which to spend his old age, and he sells it before the roof is on; he plants a garden and lets [rents] it just as the trees are coming into bearing; he brings a field into tillage and leaves other men to gather the crops; he embraces a profession and gives it up; he settles in a place, which he soon afterwards leaves to carry his changeable longings elsewhere."

In Tocqueville’s view, Americans’ restless pursuit of the “shortest cut to happiness” actually led them astray, causing them to focus on imaginary futures at the expense of good lives just under their noses.

How well do we know what we want?

Contemporary psychologists warn us that when it comes to moving, we are often poor predictors of how happy we’ll be when we get to our new homes. 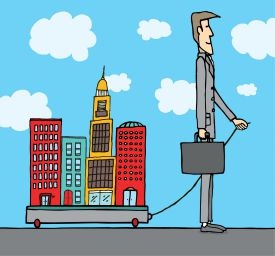 The reason for this has to do with what the Harvard psychologist Dan Gilbert calls “impact bias,” an inherent human tendency to exaggerate the emotional “impact” or effect of future events. Human beings, it turns out, are surprisingly bad at what Dan calls “affective forecasting”—that is, predicting how they will feel down the road.

For evolutionary reasons, our brains seem to have developed in such a way as to exaggerate the emotional consequences of later events—either to motivate us by the enticing prospect of future pleasure, or to scare us so that we’ll stay out of harm’s way.

The good news about all this is that negative events also seldom affect us as much as we fear. But the bad news, as Dan explains, is that “the good things that happen to us don't feel as good or last as long as we think they will.” When it comes to relocating, the Nobel Prize winning psychologist Daniel Kahneman puts it this way: “Moving to California Won’t Make You Happier.”

Sometimes the grass really is greener

However, recent research suggests that our immigrant ancestors—and those in our own time setting out from the underdeveloped world in search of greater freedom, prosperity, and happiness—were and are often right to get up and go. They are happier for it. From better schools to better jobs to a bigger backyard or closer proximity to family, there are all kinds of good reasons to pack your bags.

The trick, as Dan explains, is to talk to as many people in advance who have actually made the move that you want to make. We may be bad at predicting how happy we’ll be in the future ourselves, but those who are already there don’t suffer from impact bias: they can tell it like it is. Other peoples’ experiences, in other words, can help you calibrate for the distortion of your own fantasies and figure out whether or not it makes sense to stay put.