This Is Your Brain on Humor

Researchers have discovered that genuine laughter lights up multiple areas of the brain, and that’s a good thing for our long-term health and happiness. 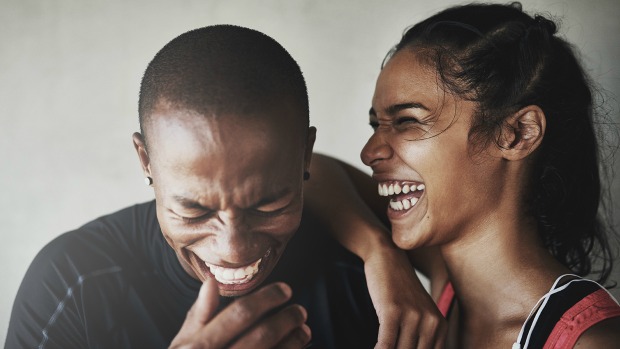 When you find something funny, your entire brain is in on the joke.

Laugh and the world laughs with you, the adage goes. And while laughter and the happiness it brings actually can be contagious—thanks in part to mirror neurons that fire when we observe other people doing a certain action—humor brings with it a variety of surprising benefits even when we enjoy it alone.

As researchers have started to look more closely at humor and its effects, they’ve discovered that genuine laughter or mirth lights up multiple areas of the brain. As a joke unfolds, the frontal lobe jumps into action to process the information. It serves as a gatekeeper of sorts and determines if we’re going to “get” the joke or not. 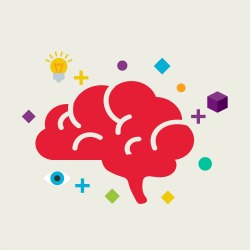 If the frontal lobe finds something potentially funny, it lets the effects of that humor proceed, and sends out an electrical wave through the cerebral cortex. From there, the rest of our body responds with surprise, delight and laughter. The results can be anything from a mild chuckle to an all-out belly laugh.

And that chuckle does more for you than you might realize. According to research by Carl Marci, Ph.D., assistant professor of psychiatry at Harvard Medical School and the director of social neuroscience in the Psychotherapy Research Program at Massachusetts General Hospital, laughter and humor are, among other things, powerful agents in combating mood disorders.

Laughter can trigger the brain’s emotional reward center, delivering a heaping dose of feel-good dopamine and mood-lifting serotonin. It can even increase the release of endorphins, the pain-relieving chemicals our brain releases in response to such things as exercise, food and sex.

Laughter as a coping tool

“Humor definitely has positive effects on us psychologically,” says Alex Borgella, a Ph.D. candidate in psychology at Tufts University, whose research is centered on how, why and when we use humor. “Laughter [is] one of the very first vocalizations made by babies at as early as 2 months. From there, we learn what to laugh at based on our experiences, attitudes and friendships.”

Alex says that studies on humor and mental health show a correlation between higher sense of humor scores and attributes such as greater self-esteem, better coping skills during stressful times and a better image of self and of our place in the world. People with a more developed sense of humor may be better equipped for dealing with difficult and even life-threatening situations. 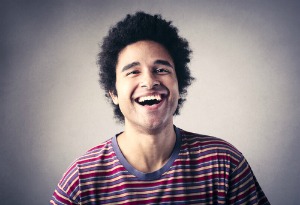 “For people working in occupations where negativity or even traumatic events are frequent, such as ER doctors and nurses police and firefighters, having a sense of humor is often described as being essential for the job to prevent occupational burnout,” Alex says.

Of course, in order for a joke to work, there has to be a punch line, and it’s that surprise that often triggers the brain’s response to the joke as we are given a new or different way to interpret the situation. Whether we “get” the joke, and whether or not we see it as funny, depends on many different factors.

When it comes to disparagement humor—or humor that belittles an individual or social group—research indicates that even though disparagements are framed as a joke, repeated exposure to such humor can cause us to take situations such as racism or sexism less seriously.

“The majority of the research on this topic describes the negative effects of telling or hearing jokes about stigmatized social groups. For example, some research has shown men exposed to sexist humor are more likely to endorse sexist beliefs, withhold donations from women’s organizations and even sometimes have higher endorsements of rape myths,” Alex says.

“These effects are obviously negative, and I think the research supports we should attempt to mitigate them.” But not all negative humor has a negative effect, he adds. In fact, “some negative humor might provide us with some relief.”

He points to research indicating that turning the negativity toward one’s self and using self-deprecating humor while, say, giving a speech, results in better response from an audience and greater ease.

“Using self-deprecating humor to kick off your talk is high on any list [of how to give better speeches] because it makes the audience more comfortable. These effects are similar even in one-on-one situations and across many different identities,” says Alex.

Regardless of whether you like your humor a bit on the dark side or prefer it sunny-side up, Alex says that knowing what it does for you—both psychologically and physically—is important. And, he believes, we are probably using it more often than we realize.

“We use humor in the processes of forming and maintaining relationships, both casual and intimate. We use humor, at least in part, to decide which television shows to watch, which products to buy, and even which candidates to support,” he says. “A good knowledge of all the factors that play into why we laugh can help us understand all these issues a little better.”

Listen to our podcast with comedian and positive psychologist Yakov Smirnoff!