According to the World Happiness Report, Norway edges out Denmark as World’s Happiest Country in 2017. The United States drops one spot to No. 14. 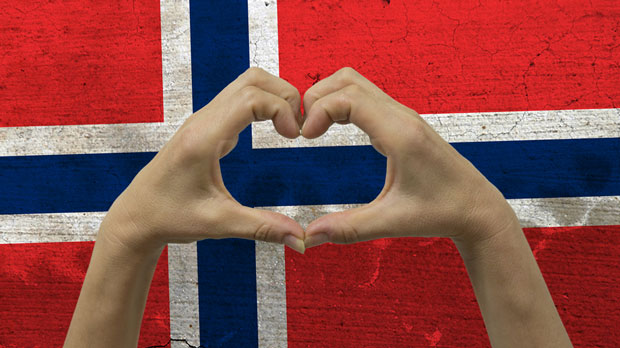 The just-released report holds a few surprises this year.

For the first time, Norway has moved into the top spot on the World Happiness Report’s annual list of happiest countries. Denmark, which has been in the No. 1 spot for three out of the past four years, moved to No. 2.

Jeffrey Sachs, Ph.D., director of the Sustainable Development Solutions Network, which publishes the report, says the change underscores research indicating happiness is based on much more than prosperity. Although rich in oil, Norway has also invested in the future of its citizens, which has made it better able to weather recent fluctuations in the oil market. 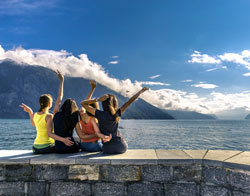 “This emphasis on the future over the present is made easier by high levels of mutual trust, shared purpose, generosity and good governance,” observed John Helliwell, Ph.D., of the University of British Columbia and a co-editor of the report. “All of these are found in Norway, as well as other top countries.”

The United States dropped one spot from last year, now ranking as the 14th  happiest country worldwide. Other countries in the top 10 are Iceland, Switzerland, Finland, Netherlands, Canada, New Zealand, Australia and Sweden.

According to the report’s executive summary, Norway chooses to produce its oil slowly, investing the proceeds for sustainability. To do this successfully requires high levels of mutual trust, shared purpose, generosity and good governance, all factors that help to keep Norway and other top countries where they are in the happiness rankings.

The report, which has been published each year since 2012, using six key variables to measure the subjective well-being of countries: GDP per capita, social support, healthy life expectancy, social freedom, generosity and absence of corruption. These variables help explain the variation of happiness across countries, and show the role of positive emotions in the perception of happiness and well-being.

This year, the report also explores the social foundations of happiness. That includes looking at the role of happiness in the workplace and reviewing key determinants of happiness and misery, such as mental illness.

Jan-Emmanuel De Neve, Ph.D., professor at Said Business School, University of Oxford, co-authored the chapter on happiness in the workplace and said it is important to “understand the role that employment and unemployment play in shaping happiness,” since people spend a large portion of their lives working.

“The research reveals that happiness differs considerably across employment status, job type and industry sectors,” he said, noting that while people who are paid well tend to be happier, there are many other factors, such as work/life balance, autonomy and variety, that also significantly influence happiness in the workplace.

The World Happiness Report 2017 also includes chapters on happiness in China and in Africa. Its final chapter looks deeper into the United States’ history of happiness over the past decade. Written by Jeffrey, the chapter shows that while income and healthy life expectancy increased, Americans showed a decline in four other key social areas: less social support, a feeling of less personal freedom, a decline in donations to charity and a greater perceived corruption of business. Because of these factors, Jeffrey concludes that the falling level of happiness in America can be attributed primarily to social and not economic reasons.