The words we use on social media are a signpost of what we’re feeling inside. 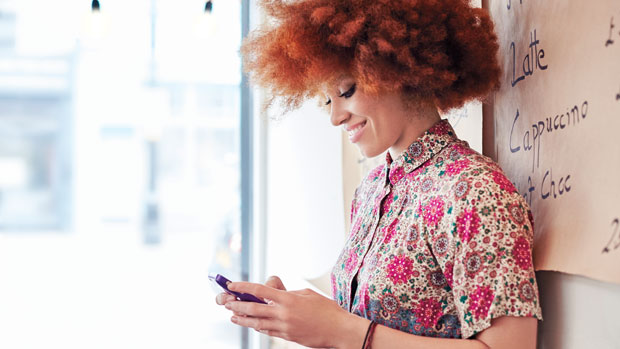 Your words say more about your state of health and happiness than you might realize.

Margaret “Peggy” Kern doesn’t need to meet you to know how happy you are, or to get an idea of how good your physical health is. She doesn’t have to look at a photo of you or consult a crystal ball; she just needs to spend some time with your social media posts.
“Words reveal so much about us,” says Peggy, senior lecturer at the Centre for Positive Psychology at the University of Melbourne’s Graduate School of Education in Australia. She earned her master’s and doctorate’s degrees in social/personality psychology at the University of California, Riverside, before pursuing additional postdoctoral work at the University of Pennsylvania.
“We consistently see the effects of using certain types of language. If people use a lot of hostile language, they tend to have poor relationships, and they have bad habits such as smoking.”
Peggy is one of the researchers on the World Well-Being Project at the University of Pennsylvania’s Positive Psychology Center, which measures psychological and physical well-being based on the analysis of language used in social media.
Research results showed that people who used agreeable words were less likely to be depressed, while those who talked about pain were more likely to experience depression. In one study, for example, social media users whose posts were dominated by hostile and apathetic words, such as “hate” and “bored,” and cursing showed high risk for atherosclerotic heart disease, while those who used positive words like “wonderful” and “friends” consistently showed lower risk.
“The differences are really surprising,” Peggy says. “It’s amazing how quickly you can make a story about someone’s life based on the language they use.”

What the research can’t tell us about the subjects studied through the World Well-Being Project is whether negative language was already in place before their physical and mental health were affected, or if a diminished state of health and happiness led to the use of negative language. Peggy says both scenarios are possible.
“Language reveals who you are, but it also impacts who you are,” she says. “As you use language and it becomes more and more a part of you, it influences who you are and how you think.” 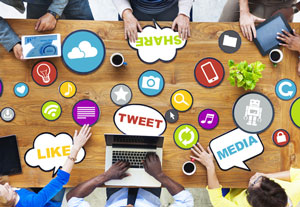 Joseph Cardillo, Ph.D., author of Body Intelligence: Harness Your Body’s Energies for Your Best Life, says that words have more power than we might realize, and using them affects us as well as having an impact on the people around us.
“If we are constantly using dark or negative language, it’s not just about the words—it’s that we feel negative, too,” he explains. For example, if you frequently say you are “sick and tired” of one thing or another, you’re sending a message to your brain, which will react accordingly.
“Our brain understands patterns. So if you keep telling your brain these things, then that pattern becomes your brain wave activity. And then you are sick. Or you’re tired. And you have more stress and more anxiety, and it affects your higher-level thinking and problem solving. In the end, it influences your relationships.”
The words we use, Joseph notes, are not only an indication of how we feel, but also a map to where we are headed.
“The good news is, you can pay attention to the words you use and possibly avoid getting into problems down the road. Your words will tell you what things are draining our energy and which things are boosting them. It’s not just the words, it’s about looking at where those words are coming from and what that’s doing to us.”

The Power of Words

There’s also proof from the medical community that words are strong influencers of our mental state. In their book Words Can Change Your Brain, Andrew Newberg, M.D., and Mark Robert Waldman illustrate how the use of certain words can change the brain structures of both the person talking and of those listening.
Positive words, their research found, strengthened areas in the brain’s frontal lobe and promoted cognitive brain function. Negative or hostile words, on the other hand, triggered the release of neurochemicals designed to protect us from stress. When those words are processed by the amygdala—our fear center—it sounds the alarm, shutting down our frontal lobe activity and triggering the fight-or-flight response. Just a single word, they write, can influence the physical and emotional stress response.
“Words are energetic,” Joseph adds. “First of all, the sound itself is energetic. And then that release of energy impacts the other person.” He suggests putting more thought into what words we use to help create more positive situations and outcomes.
“It’s a form of mindfulness we can all practice,” he says.

Knowing how much words can influence the way we think and how they affect others gives us an opportunity to change. Peggy, who has lived both in the U.S. and abroad, says that even the way the evening news is presented has an effect on well-being and mindset.
“In the States, every broadcast begins with the words, ‘breaking news,’ ” she says. “So immediately it sends people into crisis mode. It becomes a language that impacts our well-being. Changing the language we use can change the culture and create a positive impact.”
Becoming aware of it is the first step, according to Peggy. “We certainly see from neuroscience the idea that growth can happen if you practice something over and over. We can rewire our brains in some ways, but it takes time and it’s constant,” she says.
“This is about a pattern you create over a long period of time.”