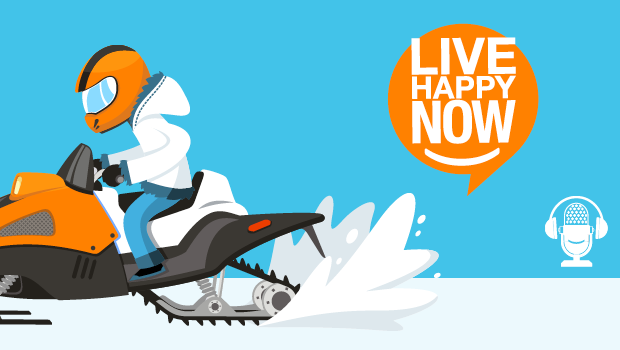 When Colten Moore and his older brother, Caleb, competed for the first time in the 2010 X Games, they made a lasting impression. Specializing in freestyle and trick snowmobiling, the Texas brothers showed they were fearless, fierce and incredibly close to each other. They quickly became top athletes in the sport and were counting on taking home the gold and silver in 2013—although they argued over which brother would take the top spot. But their careers took a tragic turn during that competition: Both brothers crashed during their runs, and Caleb passed away a few days later as a result of his injuries.

Colten has continued to compete and is using his experiences to encourage and inspire others. In 2016, he released his autobiography, Chasing the Sky, which tells his story of loss, resilience and the importance of family bonds.

Also in this episode, Live Happy’s own Laura Coppedge talks about our new journal, On a Positive Note. Find out how it can help make each day richer and can even make those work meetings more inviting. Plus, you can preorder it here at a discount!

Don't miss an episode! Live Happy Now is available at the following places: