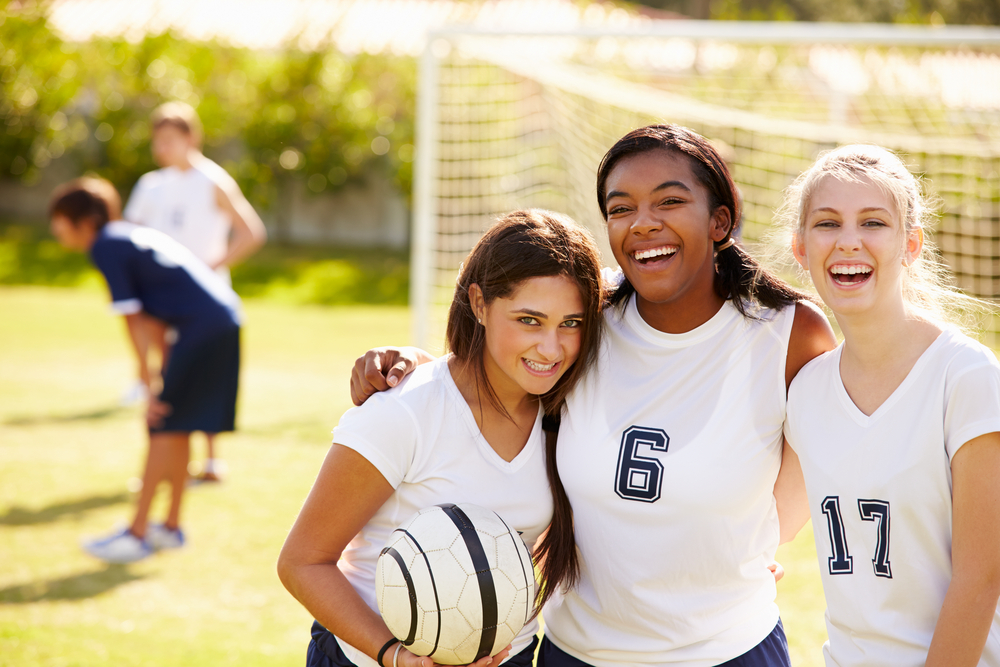 I’ll never forget the day that my self-confidence about my body plummeted to the ground, only to be restored more than a decade later, long after the damage was done.

“The vanilla milkshake goes to the heavy one,” my father noted to the Howard Johnson’s waitress who was taking orders from our family, including my crestfallen, 8-year-old self.

“Heavy?” I looked at my father with surprise and hurt as he continued with the table’s lunch order, clearly not applying that dreaded word to my older sister or my mother, the two other females at the table.

Having the lowest possible number on the scale was most women’s goal at the time, but until that pivotal moment in my life, weight had been nothing more than what the doctor wrote down at my annual physical, particularly because I didn’t have a weight problem by any conventional standards.

At age 14, my peers at my private girl’s school in Washington, D.C., told me that I could throw up all of my food after meals and never pay the price of weight gain. Few people knew enough to call it bulimia, but that’s what it was, and it became my secret self-destructive lover for the next eight years. Although

I maintained a public façade of health, bulimia took my personality, athleticism and joy hostage until I started to recover in 1984, a recovery I have successfully maintained for more than 30 years.

My two adult sons and adult daughter have disliked their bodies at one time or another, partly because of how society still dictates that shape equals success and happiness, and partly because they inherited a genetic legacy of addictive and/or perfectionist traits from both parents. None live with the tyranny of an eating disorder and haven’t suffered in the ways I did, so I’d like to share a few tips that can help people raise children with better chances of having positive body images in a world that still bombards young adults from every direction with images and statements that continue to judge their physical appearances.

Praise who they are, not what they weigh: For most of my life, my parents commented on whether or not I met their criteria for being the right weight. One awful night in high school, they decided that I was so heavy that I had to weigh myself in front of them. I’ll never forget my fury and shame as

I climbed onto the scale and the number went higher than what my mother or older sister weighed, but landed on a number certainly not inappropriate for my height of nearly 5 feet 11 inches.

If I had heard more praise for my success as an athlete, or my dedication to academics, or that I was more than a number on a scale, it would have gone a long way toward helping me learn how to love myself.

Be a good role model around food and fitness: Although both of my parents inherited athletic, lean bodies, they didn’t show me how to take care of my own through positive activities or food consumption. As a parent, I’ve tried to live in the way

I wish I had been raised, so there are no scales in our house, I never talk about my weight or go on a diet, I eat consistently and healthfully with moderate portions, and the children know that I pursue competitive and pleasurable athletics because it invigorates and restores my soul.

Don’t compare your children to anyone else: Children don’t need to be overpraised for simply existing, because research shows that it is an ineffective way to create self-esteem, but they do need to know that they have unique strengths that are positive and are not tied in with superficial traits like beauty or weight. Carol Dweck, Ph.D., is one of the leading researchers in the field of motivation and achievement. Her work on “fixed” and “growth” mindsets shows that praising children for their efforts is the best way to build persistence and curiosity, so stay focused on what they are passionate about and not what anyone else is doing.

Parenting doesn’t come with an instruction manual. We do the best we can with the tools available to us, and the mistakes we make are not always from a place of malice but from a place of ignorance. Children with positive body images are more likely to come from families that emphasize well-being, gratitude, kindness and healthy activities over superficial goals like beauty and thinness, so foster an environment that promotes the importance of who you are inside and what your healthy body can do for you.
This article originally appeared in the April 2016 issue of Live Happy magazine.
(Visited 40 times, 1 visits today)
Popular Articles