Do You Have These Hidden Symptoms of Depression?

Recognize the signs that differentiate between the walking well and those who might need professional treatment. 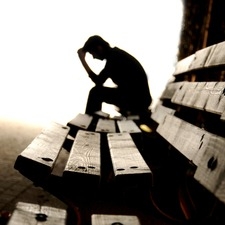 If so, feeling better may require more than a shift in perspective or a change of scenery.

We talk a lot about happiness and how to achieve it on this website and in the pages of our magazine. We strongly believe that the research-driven tools and tips that we offer can help anyone, whether you struggle with negative emotions or are already pretty darn happy. But even Martin Seligman, the father of positive psychology, asserts that these tools are meant mostly for those already at a baseline of mental wellness.

There are times when remedies such as keeping a gratitude journal or taking a walk in the sunshine just won’t cut it. Major depression is a serious disease, and one that should be addressed by medical and psychological professionals. It’s important to recognize the signs that differentiate between the walking well and those who might need professional treatment.

Depression can be sneaky. It doesn’t always look like a Lifetime TV movie depiction of a woman too despondent to get out of bed. “Intense sadness is certainly part of it,” says Carol Landau, Ph.D., a clinical professor of psychiatry at Brown University, “but depression can also express itself in other feelings and behaviors.”

This may help explain why only a third of people with severe depression seek treatment and only 20 percent of those with moderate depression get help, according to the Centers for Disease and Control and Prevention. They may have symptoms that they do not recognize as depression.

Even the “official” symptoms of depression, below, cover a wide spectrum:

Here are four more important symptoms that you might miss:

“It’s not so much anger as irritability,” says Landau. “You’re impatient or overly critical of yourself or others. The co-worker everyone secretly calls the “B” word may actually be suffering from depression.” A person with irritable depression may lash out at loved ones or break down in tears over seemingly nothing. Such emotional outbursts are so common among depressed people — in one study of nearly 1,500 depressed people, 40 percent reported feeling angry more than half the time—that some experts argue that irritable depression should be a subcategory of major depressive disorder.

Rumination is defined as thinking and worrying excessively about a problem without doing anything about it. “When rumination is an aspect of depression, you may not feel all that sad but you may find yourself fixated on something that didn’t go well at work or a problem with a friend,” says Landau. “You believe that if you think about it long enough it will get better.”

This tactic may sound reasonable, but a depressed person will take it to an extreme, often losing sleep (which is a classic symptom of depression). “A person who’s functioning well would say, ‘It’s 3 a.m. I’ll deal with this tomorrow,’” explains Landau. When rumination is a symptom of depression, it also can interfere with decision-making and relationships.

Turning to food is one way a depressed person might try to feel better. But while overeating is on the classic checklist, other methods of “self-medication” are not. One is amping up alcohol or prescription pill consumption. “Anecdotally this is especially common among young mothers who feel isolated or don’t get much help from their partner. By 4 a.m., they may be reaching for a glass of wine,” says Landau.

The same biological pathways and neurotransmitters that are affected by depression are also involved in pain. By some estimates, depressed people have three times the average risk of developing chronic pain. According to a study in the Journal of the American Medical Association, 75 percent of primary care patients with depression complained only about physical discomfort, often leading doctors to miss their depression.

“Depression is often under-recognized and thus frequently undertreated,” the study authors wrote. “Providers frequently assess for physical causes of pain and treat medically instead of exploring the pain symptoms in a broader, biophysical context.” It’s controversial, but some experts believe that pain associated with depression may sometimes be a symptom of chronic inflammation—the same immune-response-gone-awry condition that’s been linked to heart attack, Alzheimer’s disease and stroke. In fact, adding anti-inflammatory medications to anti-depressants has helped some people with depression.

If you see unusual changes in your habits, behavior or pain levels, you may want to see your doctor. “General internists and gynecologists are better trained at spotting mental illness than they used to,” says Landau. “Depression is treatable, but if it’s not treated, it will get worse.”