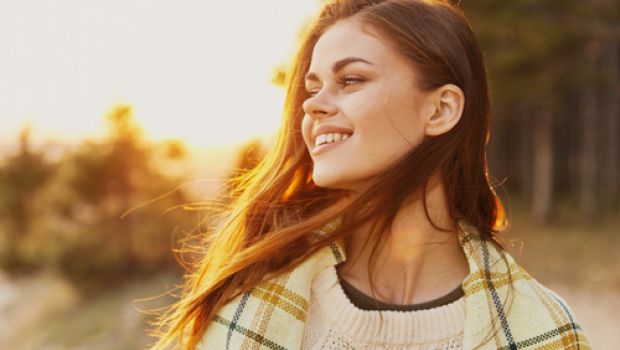 How to recover from loss and live happier now.

The search for happiness is often a journey that’s filled with hurdles and detours. But, what happens when you find that life, profession or person that brings you joy—only to have it taken away?

“Loss is an inherent part of the human narrative. We have to experience loss to experience the joy,” says Randi Waldman, a professional counselor and educator who specializes in helping patients rediscover happiness. “By working through the pain, we have the opportunity to grow, find purpose and, ultimately, live a fuller life.”

Randi knows firsthand how daunting that journey can be. She was a divorced, single mother of three children, one of whom was severely disabled, trying to survive on a teacher’s salary when she decided to go to graduate school.

Ultimately, the loss of her marriage and the need to provide for her kids were the catalysts that lead her to her true calling.

“I think it’s human nature to want one, big answer to emerge right away. But, recovery typically happens with little shifts,” she says. “It’s much like weight loss. There’s real value in starting small, making incremental changes every day.”

Although everyone has a different timeline, finding your way after loss means venturing into the unknown.

“It’s important not to attach yourself to one outcome, as this will morph throughout life,” Randi says. “Instead of saying, ‘I will be happy when I do X, Y or Z,’ be open to the possibilities. You can’t go back to the life you had, but you do have the opportunity to add to that life—sometimes in extraordinary ways.”

From Devastation to Life Purpose

There’s no better example of that concept in action than Dana Donofree.

In 2010, at the age of 27, she seemingly had it all—a great job as a director of design and merchandising, a fabulous fiancé and a very bright future. Then, the day before her birthday, two months before her wedding, she was diagnosed with ductal carcinoma.

After a 14-month blur of treatments, including a bilateral mastectomy, reconstruction and a grueling chemotherapy regimen, Dana tried to regroup and get back to normal. But, even the most basic things were no longer normal. Including lingerie.

“I remember pulling out all of these wonderful things I received at my bridal shower, only to discover that nothing worked with my new body,” she says. “The only bras that actually fit were these matronly, institutional things sold at the mastectomy shop.”

She had her life, but she felt like she lost her femininity in the process.

“As cancer survivors, we were supposed to just be happy that we were alive. But, no one was actually thinking about us actually living our lives post-surgery,” Dana says. “I realized that I was letting this dictate the way I felt about myself, the way I was acting, everything. The more survivors I talked to, the more I was inspired to do something about it.”

Dana parlayed her background in the fashion industry into AnaOno, a company that creates beautiful lingerie designed to fit post reconstruction bodies. Was she scared? Absolutely.

“Being scared and facing those fears gives you some of the best opportunities to grow, expand and become the person you want to become. I didn’t want to end my life wondering what if,” Dana says. “I wanted whatever amount of life I had left to have meaning.”

For the past six years, she has not only made AnaOno a success, but has also used that platform for advocacy, fundraising and, in the process, has become a go-to resource on life after breast cancer for women worldwide. In business, as in passing her own cancer-free milestone, Dana continues to beat the odds.

“For all of the darkness of my cancer, there’s been five times more brightness that’s come out of it all,” she says. “I have met incredible people. I’ve learned how to live a happier life. And, I know I’m making a difference.”

The Ability to Cope

Why do some people thrive after setbacks while others struggle? Are some people simply born made of tougher stuff? Yes and no.

“About one-third of the qualities that make people resilient are grounded in their DNA. But, two-thirds of those characteristics are acquired throughout their lifespan,” explains Rick Hanson, Ph.D., psychologist, best-selling writer and author of the new book Resilient: How to Grow an Unshakable Core of Calm, Strength, and Happiness. “It’s important to know that resilience is more than recovering from loss or trauma. People who are resilient are also able to pursue opportunities in the face of challenges.”

Joey Anders has always been one of those people. By age 11, he wanted to go to college. But, as the son of a single mother working two jobs, he knew that the onus was on him to find a way there. So, he decided to excel at basketball.

Joey was athletic, but definitely not a basketball prodigy.

“I believed, if I worked harder than everyone else, that I could become as good as any player,” Joey says.

At just 6-foot-1, Joey earned a college scholarship, with pro potential. Then came the severe ACL injury at all-star camp the summer after his freshman year. Just like that, his basketball career was gone.

“Sure, I cried. But then, I had to figure out how to survive,” Joey says. “If you’re in a burning house, you don’t crawl under the bed. You start knocking out windows until you find a way out. So, I started looking in every crevice of my being for any talent I thought I could develop if I worked hard enough.”

He decided to pursue golf.

Although he never played before, he believed that with his natural coordination and ability to solve puzzles, he would be good at the game. He started hitting balls on the driving range and logging hours on the course. In just one year, Joey accomplished the near-unheard-of feat of going from novice to pro-level golfer and was accepted into the golf management program at New Mexico State University.

The thing is, he wasn’t surprised.

“I think most of us are capable of more than we’re doing with our lives. We have so many more possibilities than we realize,” Joey says. “You just have to believe in yourself, and give yourself permission to dream.”

Now, 19 years later, he is one of the top junior golf instructors in the country, making an impact on myriad young hopefuls every year. One of his original students was the then 8-year-old Jordan Spieth, now a top-ranked superstar on the PGA Tour.

Although he still feels a rush when basketball season begins, Joey has nothing but gratitude for the way his life turned out so far.

“Joey is a classic example of what Carol Dweck calls the ‘growth mindset’; he sees himself as someone who can learn, rather than someone with a finite amount of talent. He knew he could get better at things if he plugged away at them,” Rick Hanson explains. “He stayed focused on the opportunity, instead of avoiding the pain of being knocked down again.”

In short, Joey achieved incredible outcomes because he was willing to take on the risk of dreaming big dreams.

The Strength to Love Again

Perhaps the most profound reality of human life is the fact that we all will lose someone we love.

As Thomas Attig, Ph.D., wrote in The Heart of Grief: Death and the Search for Lasting Love, “The central challenge for mourners is to move from loving someone who is present to loving them even though they’re absent. Death ends a life, but it doesn’t end the relationship.”

Honoring that love while still moving on is a challenge that Julie Huỳnh-Ruskunderstands all too well.

From the moment she met Liam, she knew that this striking Green Beret was “the one.” Two years later, the couple was engaged with a wedding planned after he returned from a six-month deployment in Afghanistan.

Yet just weeks before his deployment ended, Liam was killed by an Afghan soldier the U.S. was training.

Her first day alone, Julie couldn’t get out of bed. Then, she used her love as the catalyst to move forward.

“I spent a lot of time thinking about Liam, and how he might want me to recover from this,” Julie says. “He lived life with such fervor that he never had a down moment. To honor him, I had to try to make something meaningful out of it all.”

She did everything she could to heal: books, therapy, grief seminars and connecting with military peer mentors who had suffered a similar loss.

“I realized that, even with all the support around me, I had to find my way myself,” Julie says.

Julie decided that the best way to honor Liam was to fulfill the dreams they had together. So, with an urn of his ashes in tow, she went solo on hikes, climbs and excursions, scattering a little part of him as she worked her way through their bucket list.

She got a new job, and in time, even became open to the idea of dating again. But, it was difficult to talk about Liam with people outside the military, or the fact that he would always be a part of her life.

On a skydiving trip to mark the second anniversary of Liam’s death, everything changed. That’s when she met Shane, a skydiving expert and Green Beret who accompanied her on the jump.

“He was so easy to talk to. He understood what I went through as only someone in the military could,” Julie says.

The two never stopped talking. Ultimately, honoring Liam was the very thing that led Julie back to love.

“So often, people are afraid that if they stop grieving for someone, they’ll forget that person, so they stay stuck in sadness,” Randi says.

Julie found a way to work through her grief without ever giving up her love for Liam. She honored his life by also moving on with hers.

We All Have It in Us

Loss, trauma and setbacks are inherent to the human experience. But, we also have the capabilities to grow from the pain, rediscover joy and live a happy life.

“We are resilient creatures, we Homo sapiens. Deep down inside, we are tough critters,” Rick says. “If you tap into your own natural sturdiness and strength of character, and look for those little things you can do every day that help you recover, heal and redeem yourself, life will gradually get better.”

Sometimes, better than you ever imagined.