Can being in nature restore your well-being in just five minutes? Science says “yes.” 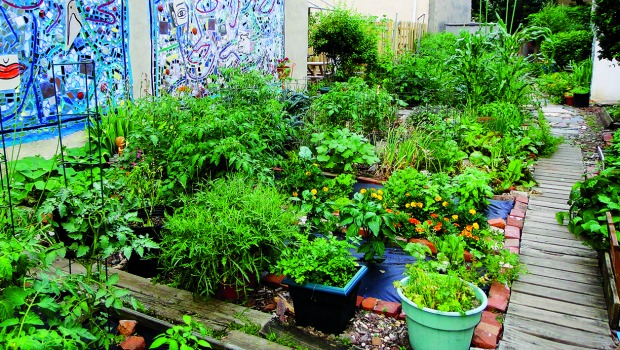 Research shows that even a small amount of green space does lots of good.

Sprawling across three city lots, the Bodine Street Community Garden in Philadelphia is a far cry from the trash-strewn eyesore it once was. In 1980, an organization named Philadelphia Green transformed this vacant area into an urban oasis, providing a place for nearby residents to grow flowers and vegetables or just to gather and meet neighbors.

While the reinvention of the space is highly praised for adding outward beauty to the area, it also plays another pivotal role—improving the physical and mental wellbeing of those who visit it.
Mathew White, Ph.D., a lecturer in risk and health at the University of Exeter Medical School at the European Centre for Environment and Human Health in Truro, Cornwall, United Kingdom, says a 2009 study about how nature influenced participants piqued his interest in the potential health properties of green spaces.

Research goes back to nature 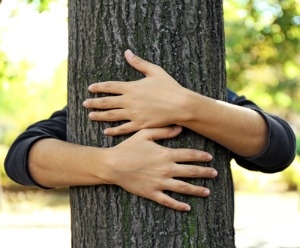 “Spending time in nature came out as the most positive [activity] people reported,” he recalls. “This was totally unexpected, and I wanted to learn more.” That led to the study, “Longitudinal Effects of Moving to Greener and Less Green Urban Areas,” which Mathew conducted with colleagues Ian Alcock, Benedict W. Wheeler, Lora E. Fleming and Michael H. Depledge.
The study, published in December 2013 in the journal Environmental Science & Technology, tracked mental health data for five consecutive years. It showed study participants who moved to greener areas enjoyed measurable improvements in their mental health scores, while those who moved to less green areas “showed significantly worse mental health.” The study concluded “environmental policies to increase urban green space may have sustainable public health benefits.”

What was most surprising to the study’s authors, Mathew says, is how long the positive effects lasted. While those who moved to less-green areas eventually adapted and returned to their baseline mental health state, those who moved to greener areas continued to show improved mental health scores. “The fact that these benefits lasted over time, without decreasing, was the most surprising find,” he says. “People didn’t adapt to more green space.”
His findings support those discovered by University of Essex researcher Jules Pretty, who found that just five minutes in a green space such as a park (or even a backyard) provides a significant mental health boost. Mathew notes that depressive disorders are on the rise, something he believes is related to the fact that nearly 78 percent of people in the world’s developed regions live in urban areas.

This urbanization has significantly reduced our access to green spaces, which has been identified as a natural stress reliever in numerous studies, including the 2012 report “More Green Space is Linked to Less Stress in Deprived Communities” published in the journal Landscape and Urban Planning.
“There are several theories [as to why increased exposure to green spaces is beneficial],” he says. “They include stress reduction, cognitive restoration, increased physical activity—which is good for mental health—and place attachment.”
While scientists haven’t quite pinned down why it works so well, the research clearly shows its benefits. The best news for city dwellers is that even small strips of green space and community gardens can make a big difference. “A new paper we’re about to publish suggests that even having street trees near the home is good for mental health,” he says.
(Visited 52 times, 1 visits today)
Popular Articles