Over the years, little by little, these researchers have established how positive thinking can contribute to a healthier body. 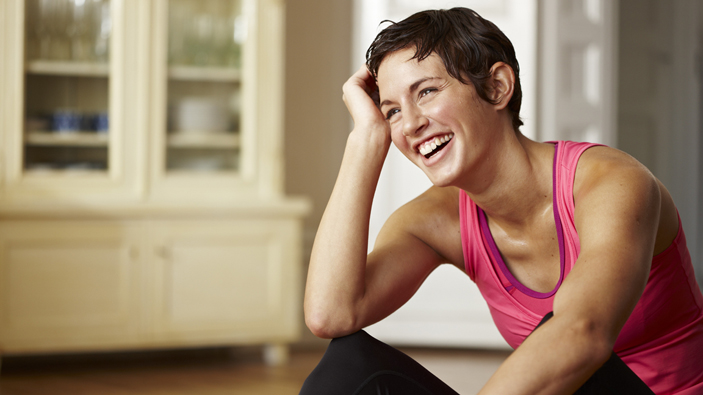 In 1964, Norman Cousins checked himself out of a hospital and holed up in a hotel room with a bucket-load of vitamins and lots of Marx Brothers movies.

He believed that along with the vitamins, laughing and fostering a positive mood would help him beat ankylosing spondylitis, a debilitating inflammation of the spine. Cousins then told his story of recovery in the book Anatomy of an Illness, which helped popularize the notion that positive thinking (and laughter) is the best medicine.

“People have known for centuries that positive thoughts benefit health, and scientists are now coming up with the research to support it,” says Louisa Jewell, president of the Canadian Positive Psychology Association, who holds a master’s degree in applied positive psychology. “We’re getting a lot more information from neuroscientists who are trying to understand the physiological effects of our thoughts.”

Over the years, little by little, these researchers have established how positive thinking can contribute to a healthier body. One example: In 2005, Dr. Dennis Charney, dean of Mount Sinai School of Medicine, examined about 750 Vietnam veterans who had been prisoners of war; he found that those who didn’t suffer from depression or post-traumatic stress disorder shared 10 common characteristics. The primary trait Charney believes contributed to these veterans’ resilience: optimism.

A 2008 study by Ruut Veenhoven, a Dutch researcher who’s pioneered research into happiness, discovered that happiness is a predictor of physical health. More recently, Barbara Fredrickson, Kenan Distinguished Professor of psychology in the College of Arts and Sciences at the University of North Carolina at Chapel Hill, found that happiness even influences our bodies on a cellular level. And in 2012, researchers from Emory University found that a lack of positive mental health increased mortality rates for people of all ages.

Each study is a different piece of the puzzle of how positive thinking affects the body. With each new study, the picture becomes clearer. Even now we have some revealing and amazing ways happiness provides physiological benefits. Here’s a body-part-by-body-part rundown of this happiness-health connection:

Think about the biochemical activity in your brain as sort of background music. If those tunes are like the soundtrack to a horror movie, you’ll likely feel a grueling tenseness all day long. But if that music is happy and uplifting, your day will seem easier, and you’ll be able to focus and be less stressed. That music is sort of how mood affects the brain.

As part of a 2009 study, Northwestern University researchers determined that subjects in a higher positive mood solved more problems with more insight compared to those in a lower positive mood. Also according to a 2010 study, increases in mental health, or optimism, predict declines in mental illness.

Being able to problem-solve at work may mean taking a break to get in a positive frame of mind. Think positive, do better at your job. And, there’s also potential for positive thinking to be another tool to help bolster mental health.

More than merely increasing satisfaction in life, optimism can seep into your nervous system to convey some surprising benefits. Being optimistic can reduce sensitivity to cold and pain, according to a study of 79 university students by researchers at Maastricht University in the Netherlands. To establish a level of pain, subjects had to immerse their hands in ice water. Then a random half of the students were asked to imagine their Best Possible Self, which has been shown to increase levels of optimism. The results revealed a causal relationship between optimism and pain. The students who received the positive interventions felt less pain.

Also, researchers at the University of Alabama at Birmingham and the University of Florida discovered that more optimistic people rate their pain as less severe. The study examined 140 with osteoarthritic disease and measured responses to heat and pressure.

The Dutch researchers believe that positive emotions may be used to provide pain relief similar to medication. And the University of Alabama at Birmingham scientists think that a positive outlook may improve patients’ outlook on future pain and may mean better care through improved compliance with their doctors’ treatments.

Researchers from Israel exposed women using in-vitro fertilization to 15-minute sessions of a clown making jokes and doing tricks. The study published in Fertility and Sterility showed that this lightening of mood dramatically increased pregnancy rates. Of the women in the study, 36.4 percent who experienced positive emotions after embryo transfer became pregnant versus only 20.2 percent of those who failed to become pregnant. The positive emotions brought forth from the entertainment may have reduced the stress felt by the women, researchers suggest.

The American Diabetes Association estimates that about 25.8 million Americans have diabetes. And positive emotions may have a place in helping these diabetics manage blood glucose. For example, in a Japanese study of diabetic subjects, one group listened to a dull presentation and the others saw a comedy. The test subjects received identical meals, and the researchers monitored the glucose levels. They found that those who viewed the comedy had lower glucose levels.

Not only does happiness contribute to a longer life, but it also helps bolster resilience as people age and need to fight against declining health. Several studies have found a link between positive emotions and longevity. For example, Ed Diener of the University of Illinois and Micaela Y. Chan of the University of Texas reviewed studies related to happiness and longevity and found that positive emotions can predict physical health and longevity.  In addition, researchers from the University College London discovered through another review of 25 studies that happiness extends the life of healthy individuals and those suffering from chronic conditions.

More dramatically, perhaps, happiness not only contributes to a longer life, but happiness enables aging people to maintain high levels of mental health, despite physical limitations, changes in social roles and diminished strength.

A good mood may also increase the health of blood vessels. Researchers at the University of Maryland Medical Center in Baltimore studied 20 volunteers who were shown 15-minute clips of two movies. One movie was serious, the other a lighthearted comedy. Ultrasound images of the subjects’ blood vessels were taken before and after watching the clips. The results showed that the endothelium, which is the lining inside the vessels, expanded to allow more blood flow when a lighthearted clip was viewed. Such expansion may help keep the endothelium healthier, possibly preventing atherosclerosis, according to the research team.

Similarly, a 1998 study by Barbara Fredrickson and Robert W. Levenson of the University of California revealed that movies that provoked positive emotions boosted recovery from cardiovascular activation after test subjects had seen a film that evoked fear.

And want to lower your blood pressure? Think positive. According to a 2009 study published in Psychophysiology, positive feelings were associated with lower blood pressure. The study, conducted at the Duke University Medical Center, included 328 subjects whose salivary cortisol, which is known to contribute to high blood pressure, and other blood levels were measured. Then, as they recalled an incident that made them angry and then one that made them sad, their blood pressure was monitored. The study revealed that the levels of waking salivary cortisol were lower for those who more frequently experience positive emotions.

Another happiness-circulation relationship: In a study by researchers at the Rockefeller University, those with high positive emotion had a lower fibrinogen response to stress than less positive people. Fibrinogen is a blood-clotting substance produced in the liver. Overproduction can lead to blood clots and thicker blood.

Some of the most compelling benefits of happiness involve the heart. Several studies show that optimism is strongly related to preventing cardiovascular disease. Other studies demonstrate that a positive outlook affects the fundamental source of life: the heartbeat.

One of the most compelling of these studies was done by Laura D. Kubzansky, a researcher and professor of social and behavioral sciences at Harvard School of Public Health. In 2007, she followed more than 6,000 people and found that having a sense of hopefulness, enthusiasm and the ability to cope with stress reduces the risk of coronary heart disease. Having such optimism may cut the risk of heart disease in half.

Also, being lighthearted in everyday situations may prevent heart attacks. University of Maryland researchers examined 300 people, half of whom didn’t have heart disease. The other half had suffered a heart attack. Using a multiple-choice questionnaire, the study measured how much participants laughed and calculated hostility and anger. Turns out, those who had heart disease had less humor and positive attitude in their lives.

Further evidence of the heart-happiness connection is just as compelling. As part of the Veterans Affairs Normative Aging Study, 1,306 veterans had their health monitored for 10 years. During that time, 162 cases of heart disease occurred. The study found that those who were most optimistic had 25 percent less heart disease than the average. Conversely, those who had the least amount of optimism had 25 percent more cardiovascular disease.

And in the largest study that shows the beneficial relationship between optimism and cardiovascular disease, the health of 97,000 women was tracked from 1994 to 2002. Known as the Women’s Health Initiative, this study also measured optimism. The results were striking: Those with a positive attitude had 30 percent fewer coronary deaths than pessimists.

Doug Donaldson is a medical writer who focuses on health and fitness. His work has been featured in Men’s Health, Better Homes and Gardens, Men’s Journal and Heart-Healthy Living.