Is your online life more vibrant than your real one? Time to put down the phone and be in the moment. 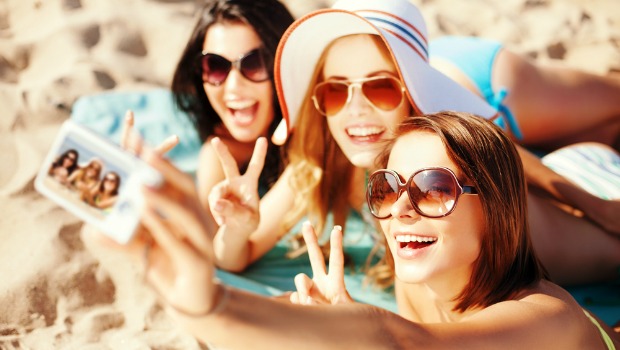 When we obsess over how we present ourselves on social media it diminishes life offline.

Matt had been ready to propose for months. He had the ring, he had the woman of his dreams—but what he didn’t have, he feared, was a good enough proposal.

Weeks passed, and while his soon-to-be-fiancée grew increasingly impatient, Matt became more and more anxious. Not because he was afraid she’d say “no,” but because he was afraid the proposal wouldn’t look good enough on Facebook. How could he compete with flash mobs and choreography? All he had was a ring and good intentions. How would his heartfelt romantic notions stand up under the scrutiny of the web?

For your viewing pleasure

My sister-in-law told me this story (the eventual bride is her cousin) just days after I had seen a similar piece on the news on how social media has turned the tradition of asking someone to prom into an online spectacle. “Promposals” are the latest thing, with extravagant invitations that rival many marriage proposals and are typically captured on video for immediate upload.

Many of the teens interviewed in the segment acknowledged they felt a great deal of pressure to live up to a Facebook-worthy ask. They knew they would be judged by a jury of their peers, and felt pressure to, as they say on the TV show Survivor, “outwit, outplay and outlast” their competition.

In a world dominated by social media, where every move seems to be Snapchatted, Instagrammed, Facebooked or Periscoped, it appears that we’re endangering the art of just “being.” We’re so busy capturing the moment for posterity that we may forget to live in it.

Checking out by checking in

Most of us, myself included, enjoy sharing our life moments online with those we care about. Social media allows me to keep up with friends’ vacation plans, participate from afar as their children (and puppies and grandchildren) grow up, celebrate the high points and be able to respond immediately to their losses. I’ve learned things about them I probably never would have known in the “real” world and have found commonalities and differences that I never knew existed. 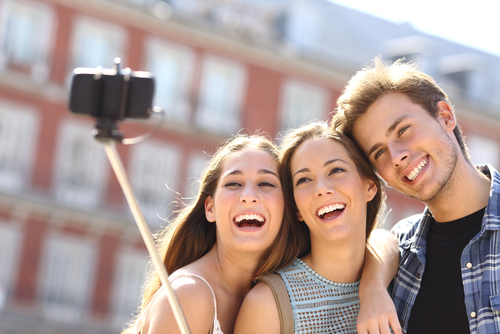 As rewarding as it can be to nurture these friendships, experts have expressed concern about how social media and our active online lives are making us recalibrate what’s important to us. While we want to capture special moments, record them and share with friends, the tools we use to do so may end up taking us away from the very experiences we are attempting to capture.

We become tethered to our smartphones, afraid we’ll miss “that perfect moment.” And yet, while looking down at those phones, uploading our most recent photo, that may be exactly what we’re doing.

In his book Our Virtual Shadow: Why We Are Obsessed With Documenting Our Lives Online, entrepreneur Damon Brown looks at how constantly documenting our activities prevents us from fully enjoying them. Frequent check-ins, tweets and status updates may serve as what Silicon Valley tech culture expert Paul Philleo calls “anchors of memory.” These anchors allow us to piece together a timeline of where we’ve been and what we’ve done in the past days, weeks, months and years. But as we become more concerned about documenting the moment than we are with being in it, Damon says, we’re shortchanging ourselves of the experience. And it runs contrary to the current pursuit that many of us have: to learn to live in the moment.

“We’re running a fool’s errand,” he writes, “sacrificing everything to capture our lives, even if that requires not being fully present in those lives as we are living them.” That’s not to say we should abandon this online documentation, but Damon is among those who say we need to reevaluate its priority. He suggests we each begin to look at how we’re using social media and curb what he sees as a sort of Pavlovian response to events—that inevitable, almost automatic, reach for the phone.

Maybe next time you feel the temptation, instead of taking a picture, take a breath—and then take a moment to enjoy it.

Paula Felps is the science editor at Live Happy magazine.