The Benefits of Compassion Meditation

Compassion meditation, which focuses on empathy and kindness, could improve our sense of connectedness and even resolve interpersonal conflict. 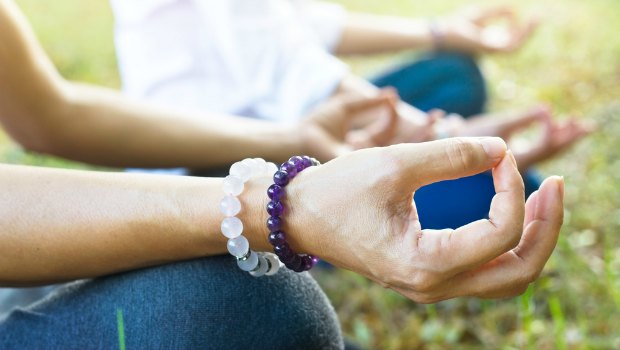 Train your brain to connect with others.

Lately it seems that everyone is singing the praises of meditation and its magical properties. Not only die-hard acolytes such as film director David Lynch, but also people in the news, from British comedian Russell Brand to ABC correspondent Dan Harris have credited meditation with their recovery from addiction, depression and anxiety.

From fringe to mainstream

Many of us are aware of meditation as a way of getting rid of stress and achieving a sense of inner peace. What was once the domain of West Coast seekers and wannabe gurus is now nearly ubiquitous, and as accepted into the mainstream as yoga. In fact, some people may have gotten a first whiff of meditation in yoga class, or even in a therapy setting.

There are various different kinds of meditation, and they originate from several Eastern religious practices. In the West, the most familiar kind is probably TM or transcendental meditation, which comes from a Hindu tradition. It was popularized in the 1960s by the Maharishi Mahesh Yogi, who famously taught it to The Beatles. Vipassana and Zen are also well-known and come from a Buddhist tradition.

Loving Kindness as a form of meditation

A somewhat lesser known but increasingly popular type of meditation is compassion meditation. This practice emerges from the Buddhist concept of “Loving Kindness,” or mettā. During compassion meditation, the goal is to build a sense of empathy and connectedness to the people around us. This can be done either on your own, using a series of thoughts, feelings and visualizations, or with the help of a guided meditation, such as an audio recording. (Many audio recordings are available as apps, podcasts and MP3s. We have included one below to give you an example.)

There is growing interest in compassion meditation, not just as a way to increase compassion, but as a relatively easy and accessible tool for improving wellbeing as a whole. In 2013, a study from the University of Wisconsin, Madison, concluded that “cultivating compassion and kindness through meditation affects brain regions that can make a person more empathetic to other peoples' mental states.”

At Emory University in Atlanta, the Emory-Tibet Partnership offers an eight-week program of “Cognitively-Based Compassion Training.” Though the training is secular, it comes out of the tradition of Tibetan meditation (as well as cognitive behavioral therapy), and its aim is to “develop attention and stability of mind,” along with other possible benefits.

Recently, a study conducted by the Stanford Center for Compassion and Altruism Research and Education found that the regular practice of compassion meditation had a significant effect on the subjects’ sense of compassion for others and themselves, as well as increased empathy and mindfulness. At the same time, they also found an improvement in positive emotion and satisfaction with life.

Unlike medication, it has no side effects; and unlike therapy, it’s free. So let’s lie down and get started!

You'll find plenty of examples of guided loving-kindness and compassion meditations online and in apps. Try several and find ones that you like best.

Here is a link to several guided compassion meditations done by Kristen Neff, Ph.D., professor at University of Texas, Austin, and author of Self-Compassion: The Proven Power of Being Kind to Yourself.